For a superb six Tuesdays from June 25th, Kolombo and Loulou Players will host a joint party at B12 Ibiza. Joining them will be guests such as Tim Baresko, Betoko, Cj Jeff, Ante Perry, Maxim Lany, Malikk, Jose Maria Ramon, Kyri Markou and Roma.

This new party is all about bringing you the finest house and tech house sounds on a monthly basis. It focuses on contemporary tastemakers and boasts a square main room as well as loft space. The versatile space is just two minute from the port of Ibiza Town and hosts everything from fashion shows to special raves. It has a cosy feel and will be brought to life with special audio visuals and a world class Soundsystem.

It all kicks off on June 25th with a long set from Kolombo, the esteemed Belgium producer who has tried his hand at every different style and excelled at all of them. He is joined by Loulou Players, and together the Belgians run the label of the same name and are big players in their native scene as well as around the world. Kyri Markou from Promised Land completes the opening party in style. 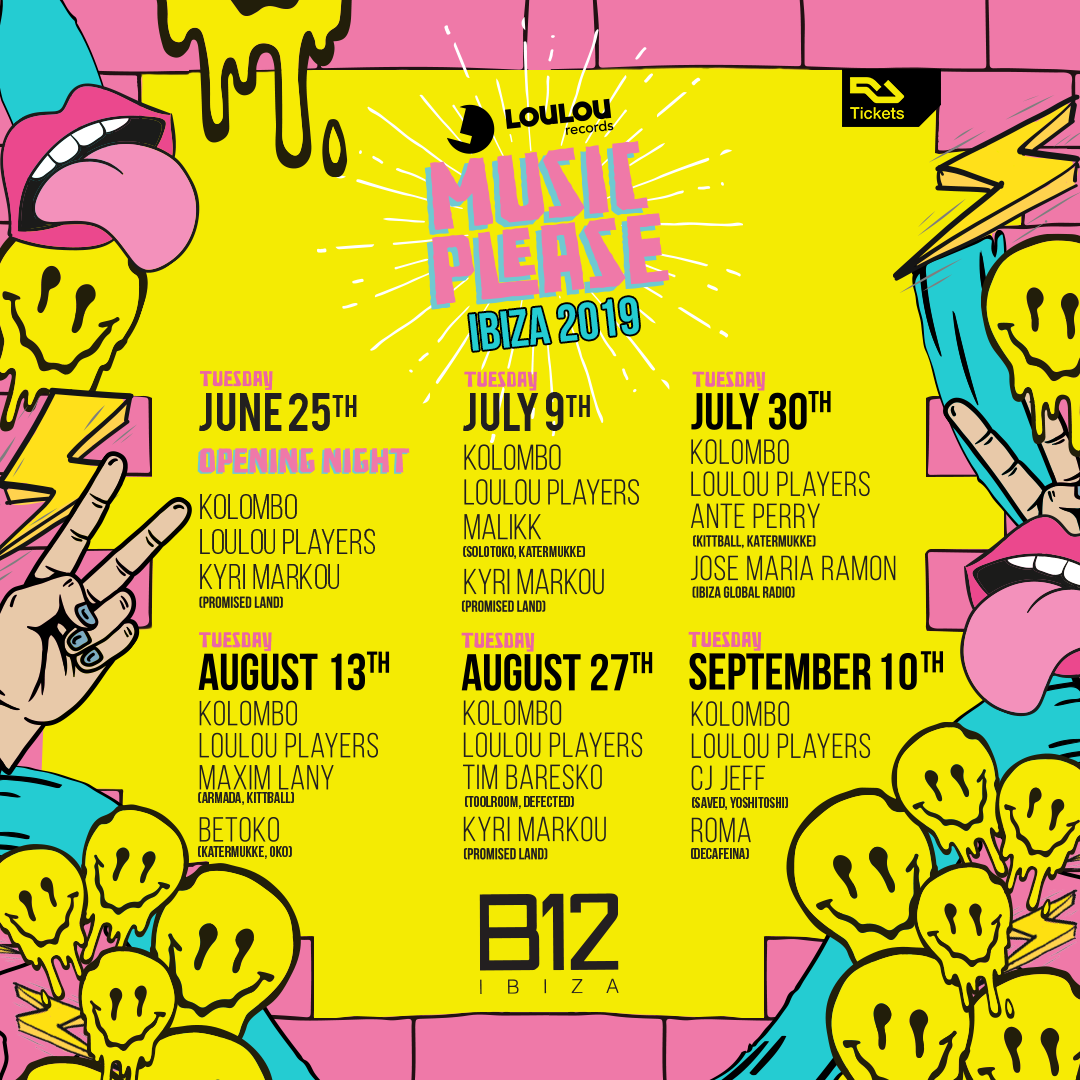 Providing the soundtrack for the rest of the season will be guests like Tim Baresko, the Frenchman from labels like CUFF and Casual who has a raw sound. London based, Mexican born Betoko is a producer who has quickly risen through the ranks with his big tune son the likes of Loulou Records and Smiley Fingers and then come the likes of Rhythmetic CEO CJ Jeff, another Loulou Records associate in Ante Perry, plus the likes of Maxim Lany, Malikk, Jose Maria Ramon, Kyri Markou and Roma.