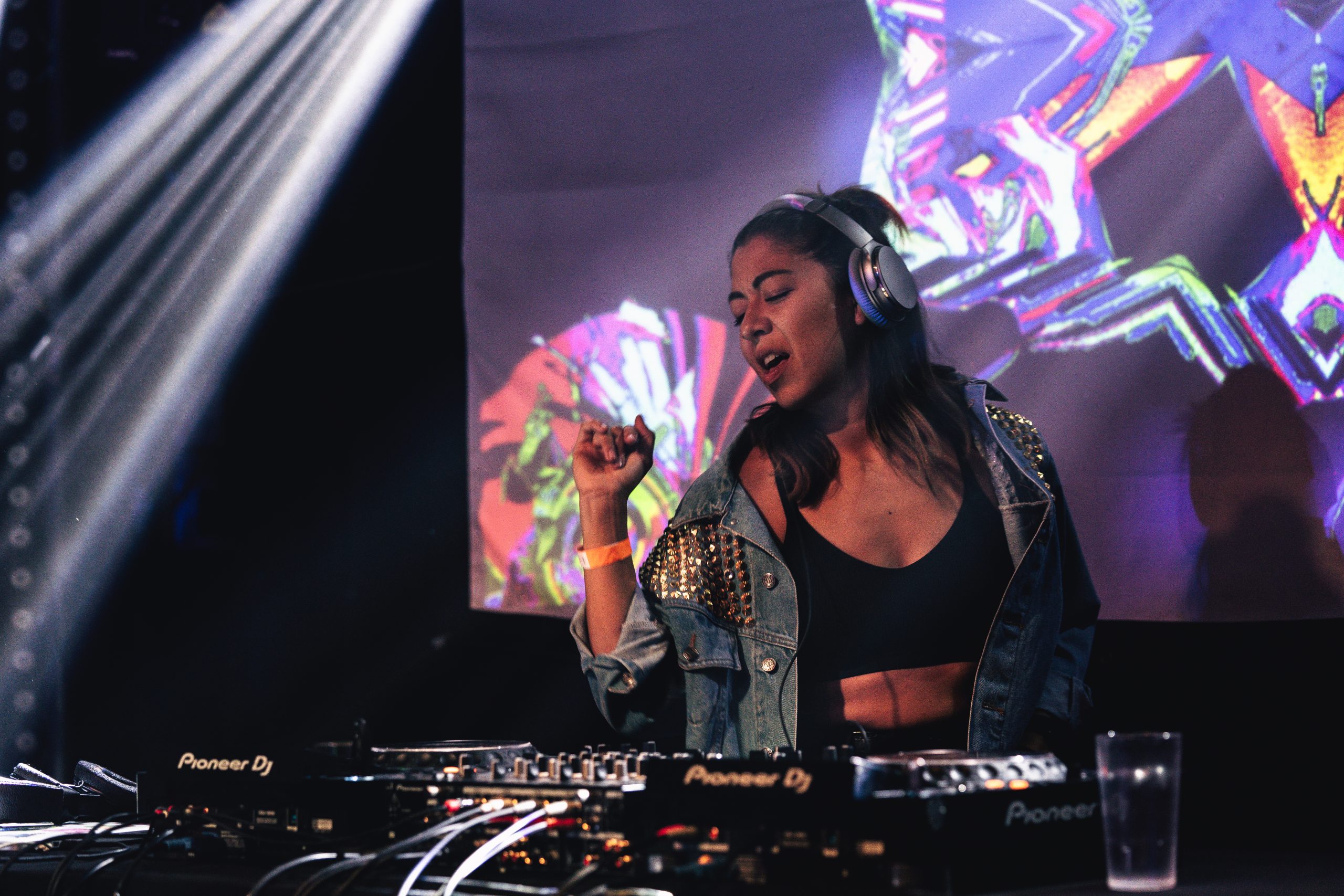 DJ & event producer Maro, aka Meg Beatty, may be a relative newcomer to the scene but her packed dancefloors attest to the near-witchy connection she has with the crowd and her ability to pick that perfect track at just the right moment. A southern California transplant now calling Colorado home, Maro’s classical music upbringing merged with her love for dance music when she dove into DJing in summer 2021, and she hasn’t looked back since.

She’s a fierce advocate for full liberation on the dancefloor, often getting on the mic to kick off her sets inviting folks into their fullest expression. In less than a year, she’s played at top venues across the USA, from clubs to festival stages to forests & deserts, and hails as the resident DJ for BODY LVNGUAGE in Denver.

Born in New York City in 2013 at the legendary club Cielo, BODY LVNGUAGE has hosted over 30k dancers at 350+ parties with sold out nights across New York clubs, and graced festival stages including Wanderlust, Beloved and Lightning in a Bottle, since expanding to a Denver residency with further expansions planned for later this year.

“What I’m looking for more than anything, as a dancer and a DJ, is music that bypasses my brain and seduces my body into movement. I love weaving tracks together into a tapestry of delight and surprises and cathartic release.

“These are ten of the top tracks that scratch that itch for me right now, that let some part of my heart and body totally unleash.”

Maybe the forever absolute gold standard of mashups? Not only is this track an absolute velvet groove for my soul, but it also represents so much of what I love most about the ever-evolving creativity and openmindedness of the production space. Hats off to Samaha & Eelke Kleijn.

The first notes of Hebele are unmistakable. This is one of the most reliable tracks to ground a dance floor, turning it into a magnet and dropping people in immediately. I love the waves throughout the song of tease-y builds and then gentle breaks, it’s like the music is telling me to get ready for a party but by god, don’t strain myself.

I first heard this track at a small but hella mighty Ramona Wouters show and it’s stayed with me ever since. It’s maybe one of the moments I felt most effectively teased into a set – by the end of this song, I would’ve followed the sound anywhere.

Is it UK house? Does it have a touch of afro? Is it filthy? Is it celebratory? Does it have some hot horns? It’s all of the above all wrapped up into a summertime warm night certified banger.

Wikipedia lists Go_A as “Ukrainian electro-folk”, according to the Russian on the summer dance floor last month this is a remix of an old Ukrainian sowing song, and if you ask me when I lost my mind to this on the summer solstice it’s a witchy, haunting, cathartic whirlpool of sounds both ancient and futuristic at the same time. Can not recommend highly enough hooking this song up to the best sound system you can get your hands on and having a good old dance & scream fest.

Every time I listen to this track I literally feel like I’m going through the portal to a different world. The dark, driving beat paired with the spacious vocals mean that no matter what I’m feeling I have some part of the song to relate to, and that breakdown starting 6 minutes in? Drool. Probably only surpassed by the buildup starting at 7 minutes in.

Enzo – Malaa Remix
The beat drops on this song feel like the dirtiest spaceship ever to fly through a club. I can’t stop my filth face one bit with this track – catch me with my fists way up and booty dropped way low.

Funny (not funny) that the monologue from a 1976 movie is somehow every single thing that 2022 me needs to hear in a club – but I know I’m not alone in that. There’s something about the anger and resolve in this that makes me feel so fired up and empowered every time.

Nothing but beautiful big bass tech house in this jam. The humor and power I feel with Black Caviar is what I want everyone to feel on the dance floor. There’s a devil-may-care attitude to Zonin that always becomes a unifying dance floor anthem.

I may be called a basic bitch for having Dua in my rotation but I don’t care at all, she’s the queen for a reason. Her versatility with her original music is already masterclass, but add in the Claptone twist on Physical and its the driving synth dream you never knew you wanted. (Bonus – check out the Alok remix of Physical while you’re at it).