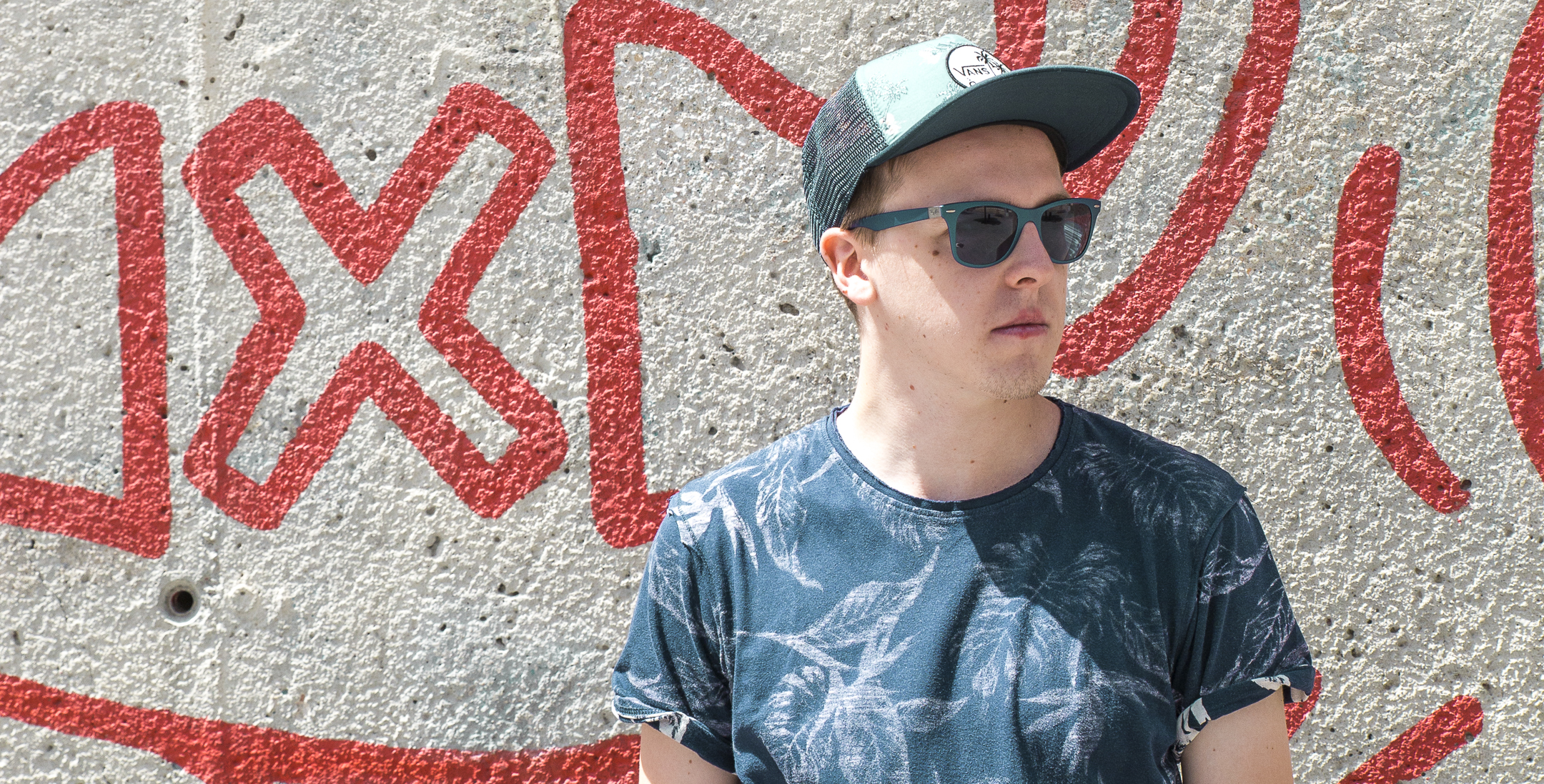 Mark started producing records in 2008 when he met Thomas Leclercq, better known as Man Of Goodwill, who taught him everything about making music. First producing progressive house and electro, Mark’s taste has been refined over time and has been producing Deep House and NuDisco since 2012.

1. Hi Mark, great to speak with you. Can you tell us a bit more about your early musical influences growing up in France?

Hi !! Thanks a lot for having me ! I’m 23 years old right now and grew up in the North of France, really close to the south of Belgium where a massive amount of producers where producing disco at the time. Although my love for disco came way later. My early musical influences came from my parents and even more from my mother because she’s always been a Madonna fan, and she was listening the Ray Of Light album non stop when she was pregnant. My first Madonna concert was in 2001 in Paris, i was 6 years old !

2. We heard that you started DJing at the age of 11, how did you get into the artform so young?

Yes i started around 10-11. Someone in my family had a huge records collection and turntables and I have always been fascinated by it ! At that time I immediately thought about asking for a bit of gear for Christmas, and also started buying records on my own !

3. Can you tell us a bit more about signing to Nurvous NYC in 2013, did you send them many demos before ‘Bad Boys Cry’ was picked up?

At that time, Bad Boys Cry was the very first record i did on my own from A to Z. Before that I was working with Thomas Leclercq, better known as Man Of Goodwill, who was teaching me everything about producing music. I met him in 2008 during one of my first DJ gig in a bar and we immediately became friends.
I was a massive fan of Nervous/Nurvous in 2012 and decided i wanted to send it to them only in the first place ! Spoke with Andrew Salsano there, and we signed the record the same day 🙂

I am also so excited because we’re going to unveil the tracks all 2019 long !

4. ‘Bad Boys Cry’ had astonishing success on Youtube reaching over 60 million views. Did you notice any change off the back of this?

It’s absolutely crazy ! We never expected the track to take off like this ! Of course it changed everything because the track was released at the same time I graduated, so I decided that i wanted music not only to be my passion but also to be my full time job. Today it is, and I also run a radio station now in the North of France with my friend and colleague Thomas that i mentioned earlier ! Because Radio is one of my other passions along with cooking.

5. We’re looking forward to the new ‘Nervous Brooklyn Sessions Vol 1’ you’re featured on, could you tell us a bit more about this compilation and how it came about?

I am also so excited because we’re going to unveil the tracks all 2019 long ! So basically I woke up one morning in August 2018 with Andrew Salsano (a&r at Nervous) that was asking me if I was keen to come to New York to produce records. And hell how can it get better than this ? New York’s always been a HUGE inspiration for me, the culture, the art (i’m a huge fan of Warhol, Basquiat, Haring, Scharf…), the music…. So of course it felt like a dream coming to life !

6. Could you tell us a bit more about the three days in the Williamsburg studio Nervous rented? And what was the creative vision behind the track ‘I Wanna Be With You’?

The whole experience was truly amazing and very rewarding. I had the chance to meet guys I only used to talk to on the web (Angelo Ferreri and Moon Rocket), and also work with wonderful people I never thought I would work with.
So basically « I Wanna Be With You » was the very first track I did there. I sat down with this guitar sample idea, (that I had replayed by Joey Negro’s guitarist later), and i found myself in the main studio with my Sample idea and the bassline i recorded over it, and then Tony Coluccio arrived, and man this guy worked with HUGE musicians including Alicia Keys, Whitney Houston and Michael Jackson. And he directly understood what I wanted to do with that track. So he laid amazing keys on it, and then we had Carole Sylvan and Sandy B going crazy on the mic with their powerful vocals ! Such a crazy production day !

7. What excites you about music currently and are there any up and coming artists that have caught your attention?

I am really open it terms of music. As i said earlier I now run a radio station in the North of France, so i’m constantly looking for brand new music to discover and make my radio audience discover new things. Right now I absolutely love a duo from my hometown Lille, called « Weekend Affair ». They sing in french and produced a sexy 2.0 french pop. I also really love Birdee’s music right now.

8. Could you tell us where you find your inspiration outside of music?

I am a huge art fan, always searching for new artists and painters and going to museum and exhibitions, and also watching documentaries about those artists. I recently watched « Downtown 81 » for the second time, a documentary/fairy tail about the 80’s New York City and the lead role is lead by Jean Michel Basquiat. Truly inspiring !

I also love watching movies and series. I studied Cinema and film making in the first place when I was in college !

I have a loooot of music coming up really soon, on my own label Sakura Music and also on other labels like Sweat it Out, that will see the release of my first official remix for Yolanda Be Cool’s new single « Dance & Chant » released very very soon ! We are also working on exploring new countries where I never played yet such as Australia and Asia !