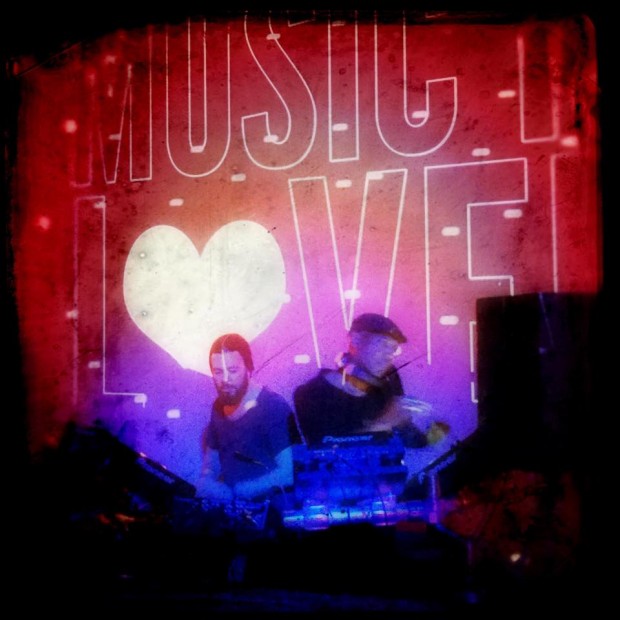 Imagine a sunset with brilliant layered colors that are vibrant and alive. The sky, the ocean and the clouds come together perfectly to create something amazing. The Rose Room in Venice, CA hosts art exhibits, photo shoots, movie productions, and on this special night, two of the most talented DJs. At Marques Wyatt’s DEEP event on Saturday the 23rd of January, Marques collaborated with MI4L’s very own DADON and the two blessed our ears with some inspiring beats.

Whether you purchased a few drink tickets and chose from a couple beers on tap or made your way across the room to the small bar for some libations, the audience’s welcoming vibe was sure to pull you in and get your feet moving. Marques hit the blinking green button at nine o’ clock and had the dance floor grooving. Whether you were front and center or waiting in line for the restroom, you were sure to be moving to the music. Sporting his timeless baker boy style cap, Marques was all smiles as he showed the crowed what authentic deep house is supposed to sound like. Faces in the crowd ranged from date night couples,  girls/guys having a night out, to those just there to listen to some damn good house music.

By the time DADON stepped behind the decks, the dance floor felt like a living, breathing force of energy thanks to Mr. Wyatt’s expert track selections. There is an art to building a vibe when people are just arriving, and Marques had his palette in one hand and painted a masterpiece with the other.  There was this positive energy whirling throughout the room thanks to the disco ball proudly overseeing the dance floor and the beautiful full moon shining her face though the multiple sky lights. DADON’s set featured harmonic house tracks, a bit of tech-house, and some jungle bombs that had the crowd at his mercy. Marques seamlessly gets back on the 1’s and 2’s and turns the energy up a notch. He slays the audience with his legendary deep sounds before the two go back to back for an incredibly memorable set that closes out the night with a bang. Two extremely talented artists, vibing out together and playing off of each other’s energy had the Rose Room going DEEP and allowed us to feel the beauty of a perfect sunset at 3am in iconic Venice, California.

As quoted by Marques, “You know those people you meet and although you don’t “know” them per say, you get a significant “soul hit” that you are branches of the same tree? If you haven’t already…meet brother Jonathan Dadon.” […] “It was an absolute pleasure sharing the decks with you last night in Venice. With so much going on in this city last night, I’m sure Mr. Dadon will echo my sentiments in saying “We were moved by the wonderFULL turnout.”

Check out and support the DEEP EVENTS family HERE