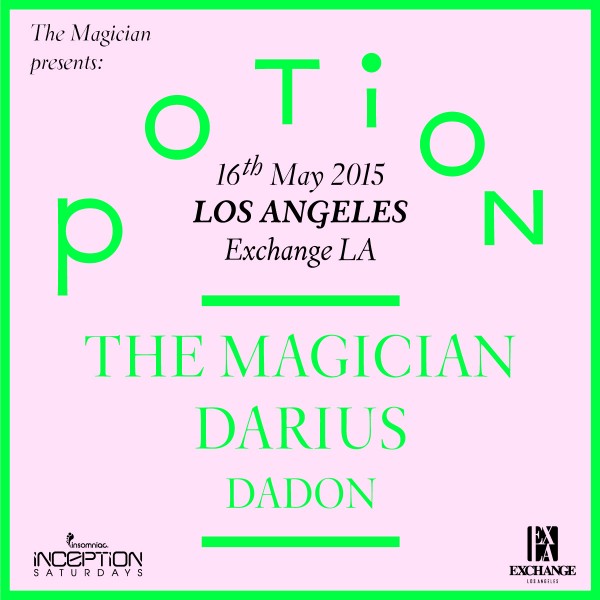 The Magician, Darius and Dadon at Exchange LA (Saturday – May 16)

This Saturday, May 16, The Magician brings his signature Potion series event to Exchange in Downtown LA with supporting sets from French producer Darius and our own Dadon.

“The Magician is the alias of talented DJ/Producer, Stephen Fasano. One night not so long ago, he appeared from a place between space and time. Apparently he stepped into this world, materializing in a cloud of crystal stars and soft pink smoke. Some claim he’s a former airline pilot who crashed an afterparty – some say it’s all just an illusion, a well performed hoax.”

Well, that sounds pretty interesting to us. If you want to grab yourself some tickets, check out the link below

This event is going to sell out, so if you’re serious about going, you gotta get your tickets early! See you all on Saturday!