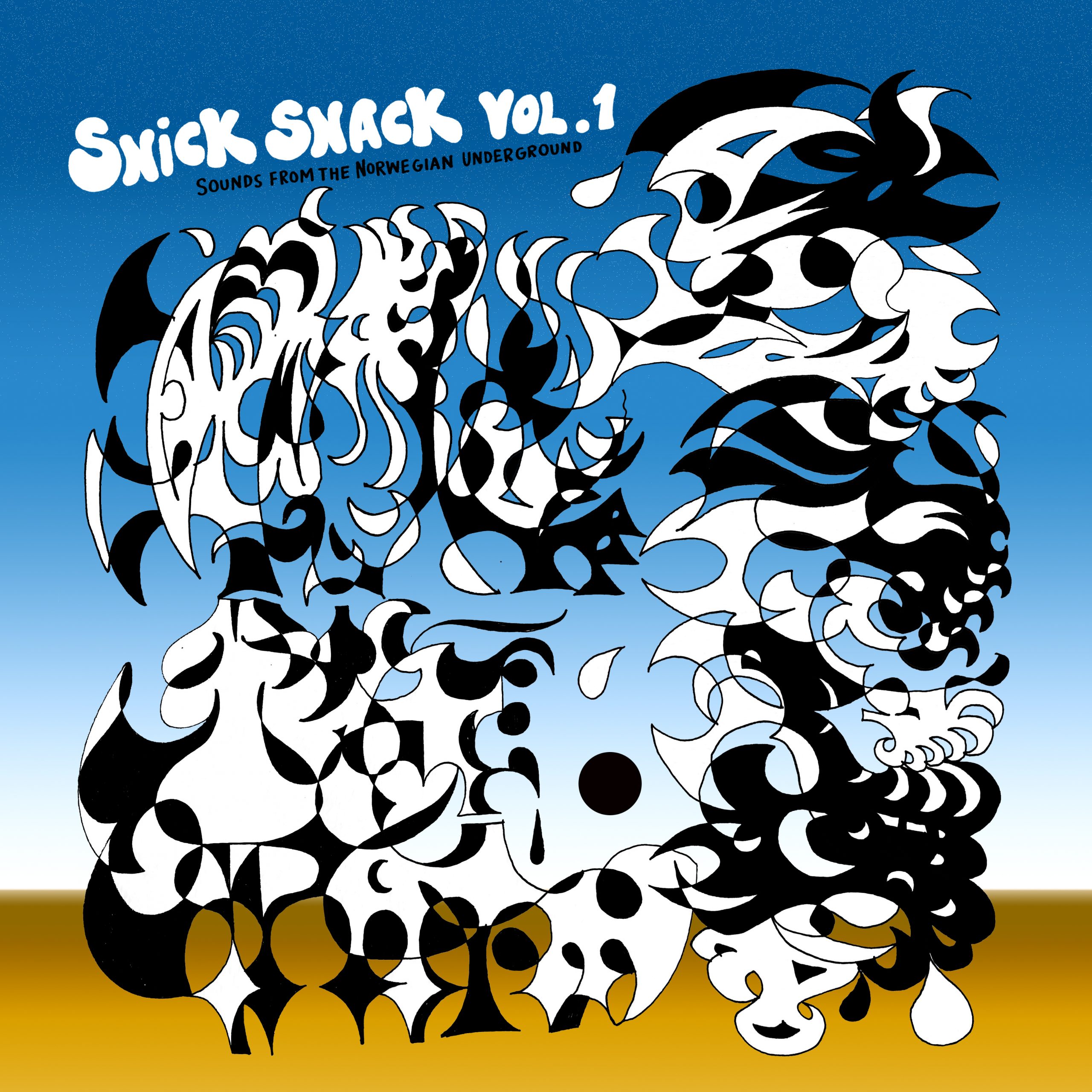 Welcome to the world of Snick Snack! What started out as a vessel to release their own music, Ost & Kjex + Trulz & Robin’s Snick Snack Music is steadily becoming an outlet for Norwegian electronic music in the widest possible sense. The creative energy currently flowing from all corners of the country is something the boys couldn’t resist tapping into, leading to the release of Snick Snack Vol. 1 – Sounds from the Norwegian underground, a compilation aiming to show some of the diversity found throughout the country’s vibrant and freewheeling underground scene.

The tunes are provided by both new talent and established artists, keeping the label bosses’ love of the underground flowing. Be it through lo-fi house, minimal techno, eastern induced house, acid, esoteric techno, gothic impulses or classic vocal house; Snick Snack Vol. 1 is a celebration of this diversity.

Opening the compilation with Whisper 2020 is Helene Rickhard, an eclectic DJ/record collector and sometimes producer from Arendal, Norway, where she currently stays with her synths and a stray kitten named Enya. Helene has from the very start showed herself as a unique talent, making both ambient and club induced music with a personal and meditative sound.

Next up is EsuaC NwonknU MSW from Karoline (Karolinski) Hegrenes, an artist who came out of nowhere (as we often do in Norway) and quickly established herself on the scene with her personal take on deep and dub-infused techno. Also known for her love of extreme sports, Karoline is a creative free spirit and a wonderful talent whose career we have only seen the very start off.

Snick Snack co-runners Trulz & Robin follow with their track Revolver. A household name for anyone interested in Norwegian electronic music, the duo are known for their warm, analog sound and hypnotic live sets. Having long been purveyors of deep classic techno in the capital, their free spirited, hippy, rave attitude remains a positive force in the Oslo scene.

Melkeveien and Erlend Mokkelbost are up next under their OKIOK alias, with OL 1994. Both prominent Norwegian composers, producers and beat makers in their own right, through OKIOK they explore their shared passion for bouncy and colorful dance music.

Next up the enigmatic Oslo based producer Jørgen Skjulstad delivers Bellydance With A Stranger under his solo project Center Of The Universe. Through the moniker C.O.U. and his label Metronomicon Audio, he has provided the scene with all things leftfield, from lofi braindance to his Balkan / Arabic / World music with his big band Now We’ve Got Members. On Snick Snack Vol. 1 he delivers a pearl of a house tune with eastern influences.

Norwegian electronic music duo Mungolian Jet Set follow on with PoC. Consisting of DJ and turntablist Pål “Strangefruit” Nyhus and producer Knut Sævik, the duo have been making music with a distinctive exotic, psychedelic and dubby flair since meeting in 2002. Over three LPs and a handful of EPs, their music exists in it’s own space between cosmic disco, krautrock, prog-rock, house and techno.

Label co-runners Ost & Kjex are next up with Motown. The duo have been a staple in the Norwegian scene since they first emerged with the tune ”Cheeses & the Mary Jane” in 2002. Over time, Ost & Kjex have moved from sample based experimental house music to their own take on classic dance music, setting dance floors ablaze throughout the world in the process.

Bendik Baksaas’s love of mechanical repetition shows itself as he delivers one of the compilation’s heavier cuts in the form of Herjing. Known for his minimal and functional techno with a roughness that belongs to the human side of music, Bendik is also a fully formed musician working in various fields such as jazz, Norwegian traditional music and slam poetry.

WHALESHARKATTACKS, the solo project of Norwegian-Canarian multi-instrumentalist Viviana Vega, brings the compilation to a close in perfect fashion with Surviving The Night. A regular fixture in the Oslo music underground for many years, she has played in various bands and projects. Her music can best be described as a mix of 808 goth, MIDI punk and dark RnB.

Resident DJ and one half of the Sunkissed club in Oslo, Dj G-HA delivers Snick Snack Vol.1 in mixed form, allowing for a superb continuous listen of the compilation. Over 20 years as a DJ, G-HA’s commitment to club music has made him one of Norway’s top DJs and promoters. Together with fellow resident Olanskii, he has built Sunkissed into one of Scandinavia’s most renowned and forward thinking club nights, bringing top international house, techno and cosmic disco artists to Oslo alongside the club’s loved and local resident DJs.