B2B Interview: Miz Megs and MC Flipside ‘If you’re 80% aligned and communicate the entire time, then the last 20% will be balanced.’

Toronto locals Miz Megs and MC Flipside have come a long way in their individual careers as artists. Somewhere on their journey they met and their relationship transitioned from performing at the same events to a dance floor romance. Since then, the couple continues to play individually as well as together, all the while continuing to support one another’s careers! We had a chance to speak with Miz Megs and MC Flipside ahead of their b2b set at DJ Addy‘s ‘Bday Beats’ event at  CODA taking place on Saturday, September 21st, and here is what they had to say…

You have been in the scene for a while now… what’s an important lesson you’ve learned about DJ’ing/performing over the years that you would share with someone just starting off now?

When I started DJ’ing there was no Facebook, no Twitter, no Instagram, no Soundcloud etc. The only way to get your name “out there” was to show up, make friends, hand out CDs with your mixes and be present in the community. I remember burning 100 CDs off my laptop before a festival and my laptop crashing from being too hot from all the CD burning, then writing my name and phone number on each of the 100 CDs. Having an online presence is a nice benefit for DJing in 2019, but I feel you need to be a member of the human community as well as the online community. We all can’t be at every single event, but pick a couple, make some friends, and participate in the fun.

‘I remember burning 100 CDs off my laptop before a festival and my laptop crashing from being too hot from all the CD burning, then writing my name and phone number on each of the 100 CDs.’

You have traveled quite a bit for performances in your career… what part of the Toronto music culture do you like to take with you or represent when you go to other countries?

I really like to bring the house and techno sounds that are rooted in Toronto’s scene. When I was living in Asia from 2005-2009 there wasn’t really any East coast (Chicago) house and there was 0 tech house and techno. It was mainly electro, trance and hip-hop. It was killing me to be so far away and see all my favourites play in my home town of Toronto. It gave me hardcore FOMO. So I really pushed my Chicago house sound and created my own nights and promoted tons of parties with that sound. We started bringing in DJs and throwing parties and it felt good to contribute my personal sound (that formed in Toronto), to a scene that hadn’t heard that before and then grow it.

Currently, I play a few shows and festivals a year on the East coast and I love to represent that house sound again. They are so musically eclectic, opening and welcoming over there. While they do have house nights, it was still nice to bring something to the DJ booth that wasn’t the same sound as the other DJs. 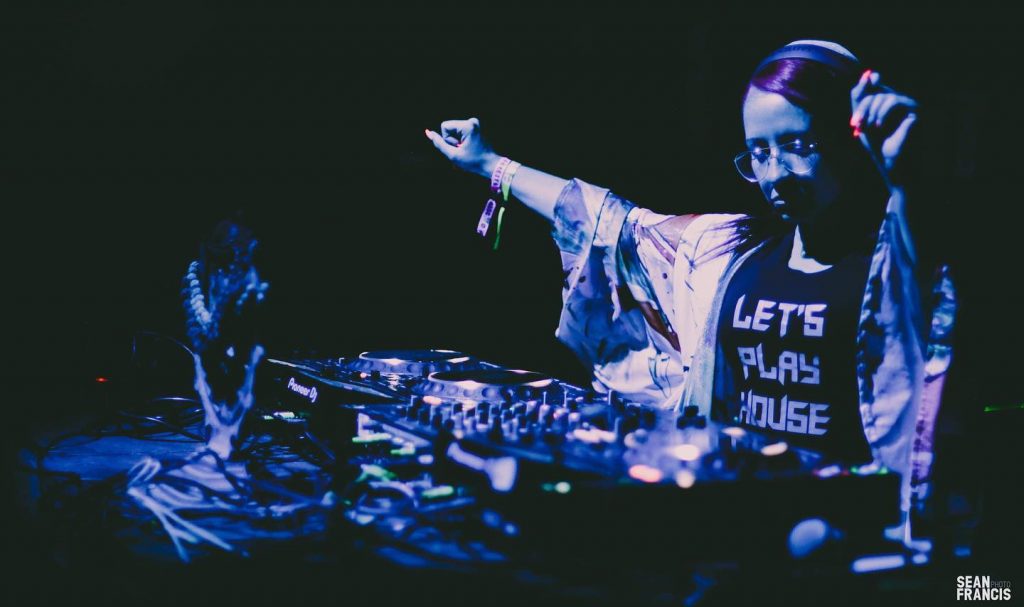 You are a known trailblazer in the Electronic music scene, with over a decade of experience and 50+ chart topping songs, and you are surely a veteran in your field. What was your initial driving factor that pushed you to start your career?

First of all, I’m very humbled to be known as a trailblazer and someone who has been able to survive and thrive in over two decades of evolution and consistency in the music industry. You can apply that energy and frame of mind to my life, my family, my relationship, my music creation, my songwriting, my personal growth, my well being overall, etc. This mind set keeps me grounded and for all those charting tunes – I say I’m grateful! I also know you have to put in the work… I’m kind of obsessed at being musical 24 – 7 to say the least. LOL.

Trail blazing is like manifesting- you need to visualize it and work towards realizing it. Reality – “real” is the focus. Authenticity. End of story. I started out as a freestyle hip-hop MC and hip house vocalist in my teens. At 16, I decided I want to make music my life long profession. I knew I had to learn how to DJ, work some analog gear, and evolve my writing skills. The actual breakthrough was in my senior year where I saw how my voice added to my sets. I would DJ local dances, house parties, hall parties, etc. I noticed that whenever I tastefully toasted and hosted on the mic the energy would elevate and shift the room to higher levels. I wanted to be able to DJ, MC, produce, and operate the events all on my own with an emphasis on musical programming and consistency. I have to send a shout out to Dave’s Dance Music and Deadly Hedley for inspiring me so much as a kid. They always did it right!

“Touring is amazing and getting that support from loyal supporters globally always humbles me. It never ceases to bless me having so many friends all over the planet. The world is smaller than people often realize.”

Being a Toronto native, how does it feel when you get to perform at local venues such as CODA… do you feel a difference with the crowd at your Toronto shows compared to international gigs?

Touring is amazing and getting that support from loyal supporters globally always humbles me. It never ceases to bless me having so many friends all over the planet. The world is smaller than people often realize.

I have evolved my career on so many levels ever since day one. I’ve been able to tour from several perspectives. A drum and bass vocalist, house music maker, tech house music artist, breaks vocalist, electro house creator, label owner, and hi- hop artist – working with incredible cats like Royce Da 5’9, Deekline, Krafty Kuts, Godfather, and the late Disco D. Toronto has always shown me a lot of love and respect. Having my back from time, they appreciate me and thank me for keeping this city in my heart and repping it hard everywhere I go. CODA is always an amazing place to play. I respect Joel and Steph a lot and they’ve always treated me very well.

It’s a sort of homecoming whenever I play that special room. Even other DJ’s and producers will pop in to say hello… new blood such as Vaxx and Spencer Dunning go out of their way to say hello and keep the positive energy flowing. Toronto is good to me and I continue to be grateful! Like the city I was raised in – my music represents my multi cultural upbringing. My neighbourhood was always loving- where all of us got together and shared meals and life lessons regardless of race or gender while playing so many genres in our yards. I’m thankful for this and this is why playing at home is different and dear to me. 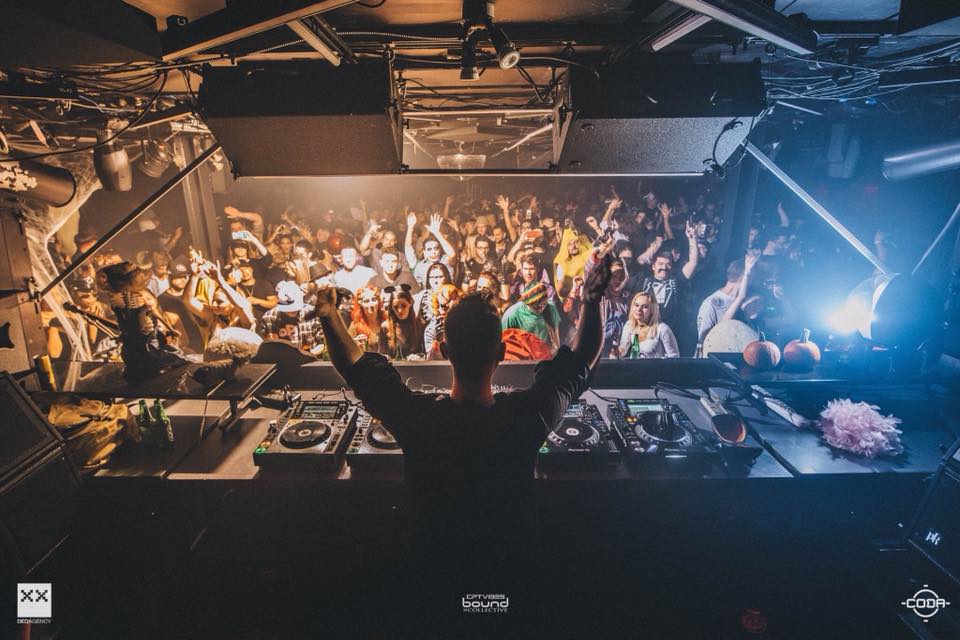 You guys have a cool show coming up on September 21st at CODA! DJ Addy is hosting his ‘Annual birthday beats!’ party featuring local talent. What are you both most looking forward to about playing back-to-back at this show? What can attendees expect from your set?

MC Flipside: I’m looking forward to playing Addy’s birthday party because it’s also Megan’s birthday party. I really enjoy playing with Megz because I love her number one LOL and she’s an excellent DJ with honest roots in our house music culture. Her sound is truthful as it’s based on her undying love of Chicago and Detroit rooted house and techno.

Miz Megs: I am similar in that sense as I adore drums that are thick and chuggy backed up by sexy bouncing basslines and uplifting melodies. Even a dark ‘n’ moody track can uplift you…when we play back 2 back it does flow seamlessly in my honest opinion. I’m just as into it when I play solo of course- it’s just more of a healthy challenge when playing with someone else.

This won’t be your first or last time playing back-to-back… what do you enjoy most about this type of show vs. when you play on your own?

We are on the same page about the trickiness of B2B SETS! It’s not easy playing back 2 back because no two people will ever have identical taste. Never ever lol. It’s impossible. If you’re 80% aligned and communicate the entire time then the last 20 per cent will be balanced. We are both respectful at playing some of our personal faves while meshing with one another. Communication is key. Expect some nice seriously nice selection when we unite on the decks once again.

Be sure to catch their b2b set at DJ Addy’s annual bday beats event at CODA on September 21st! Tickets are available for purchase here, and make sure to RSVP to the Facebook event through this link… This will be an event you don’t want to miss! 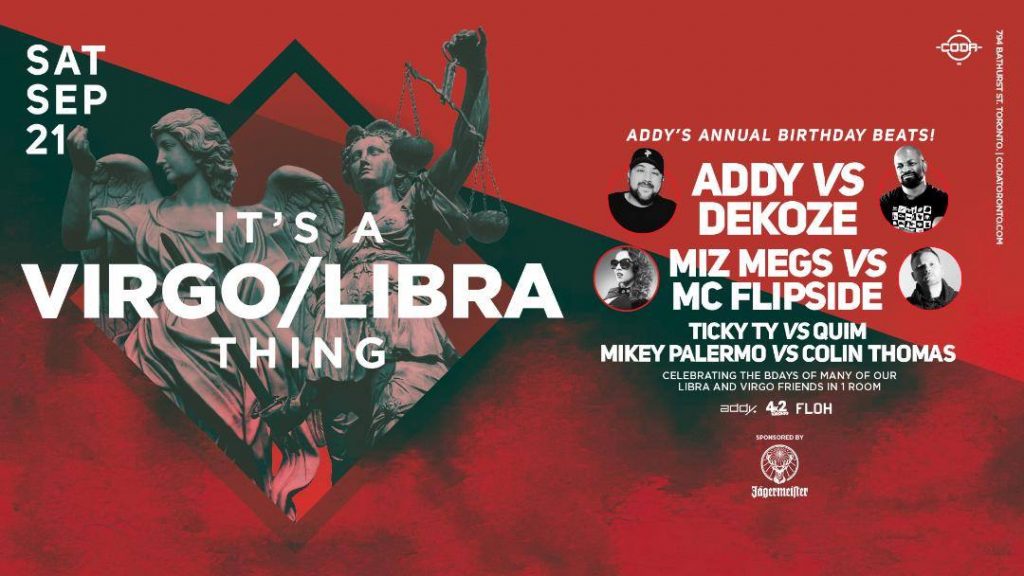