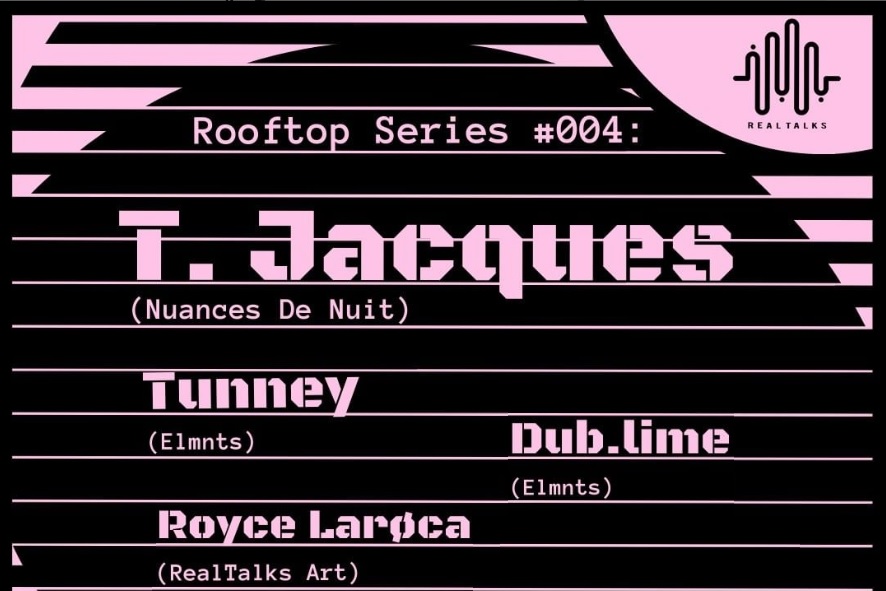 Directly from Brazil to heat Ireland up: meet the party collective that has been rocking the Irish capital

The Brazilian label party Real Talks is getting ready to heat up the cold Dublin with its 11th event there. On Friday, April 29th, the brand will star in another Rooftop Series, combined with the Elmnts Dublin collective, receiving names such as Dub.lime, T. Jacques (UK), Tunney and host Royce Laroca in the lineup. — an expressive team of selectors to rock the Dublin night.

Tom Jay takes on the alias of T. Jacques to move elegantly between Deep and Minimal House. With important releases on labels such as Dansu Discs, House Puff and Tessellate, he quickly positioned himself, expanding his presence through the inauguration of the respected UK-based Nuances De Nuit record label. Accompanying the expressive DJ and producer, Dub.lime and Tunney take the decks, representing Elmnts Dublin.

Real Talks came up with the proposal to connect people through music and has been doing so for eight years. Since he settled in Dublin, Ireland, Royce Laroca, the founder of the brand, started expanding his networking to keep the label and proposals firm, but now for Irish lands. The brand appears in Ponta Grossa, in the south of Brazil, and triumphs not only because it identifies gaps and demands from the local public, but because it demonstrates exemplary respect for the underground electronic music culture.