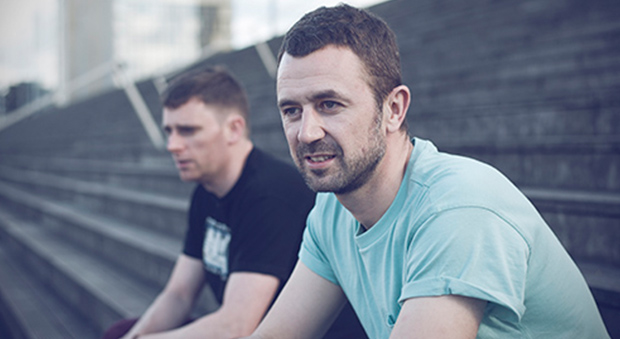 DJ Kormac believes. You should too! “I Believe”, released earlier this year, marked the return of the man whose plunge into the depths of spiritual jazz and old gospel recordings, has given voice to a refrain that is almost certain to find favour of anyone within earshot. Recorded in his Dublin studio over the past year, “I Believe” has previously seen kids testify in their thousands at festivals across Ireland, the UK and Europe.

Kormac has always defied labelling. From straight up hip hop mixer to Big Band Ensemble leader to spellbinding audiovisual composer, this Dublin native has collaborated with a diverse array of other artists including Irvine Welsh, Speech Debelle, Micah P. Hinson and DJ Yoda. Having sold out shows in the UK and Ireland, been nominated for the Choice Music Prize, commissioned by Jameson and mesmerised audiences at European festivals such as Glastonbury, Bestival, Electric Picnic and more, 2017 will see Kormac once again confront and challenge the norms in his music, in his art.

Now, partnered with five different DJ’s, Kormac presents “I BELIEVE – The Remixes” with mixes from Jonno Brien, Get Down Edits, Simon Resoul, TITEKNOTS, and Phaze Control. Each remix brings a new twist and with each collaborator, insight into their partnership with Kormac.

“[Get Down Edits] have a huge love for Disco, funk and soul and I’m delighted they’ve brought let that aesthetic shine through on their remix,” says Kormac. Simon Resoul, who you may have seen before on drums at all of Kormac’s live shows, was the first person Kormac approached to remix the track. The drummer and producer shares, “I was lucky to be introduced to [the track] in its infancy, and immediately fell in love with the piano hook. I wanted to harness its energy while also taking inspiration from old school house classics, to create a club remix that reflects my music style.”

TITEKNOTS shares that his “main aim was to make something that works in the club but also has enough detail and musicality to work on headphones at home” and that his remix is “a nod to the cut and paste style house music of the ‘90’s.” Jonno Brien’s mix has already seen a major reaction when Carl Cox played the track to thousands of people at New York City’s Governor’s Island festival, Intec Island.

The final remix, however, was selected a little differently. In early June, Kormac shared that he was releasing the stems to his fans to create their own remixes and the winner’s track would be commercially released. Out of the dozens of submissions, the remix that caught the DJ’s ear was that of a Latvian DJ based in Dublin, Phaze Control. “I was amazed by the number of great entries we got,” says Kormac. “I’m really grateful for all the effort everyone put in as I know how difficult it can be getting tracks over the finish line. There could have been 10 winners but we chose Serge [also known as Phaze Control] as he took a different tact and twisted it into something completely different.”

Kormac – I Believe (Get Down Edits Remix) [Reckless Records]