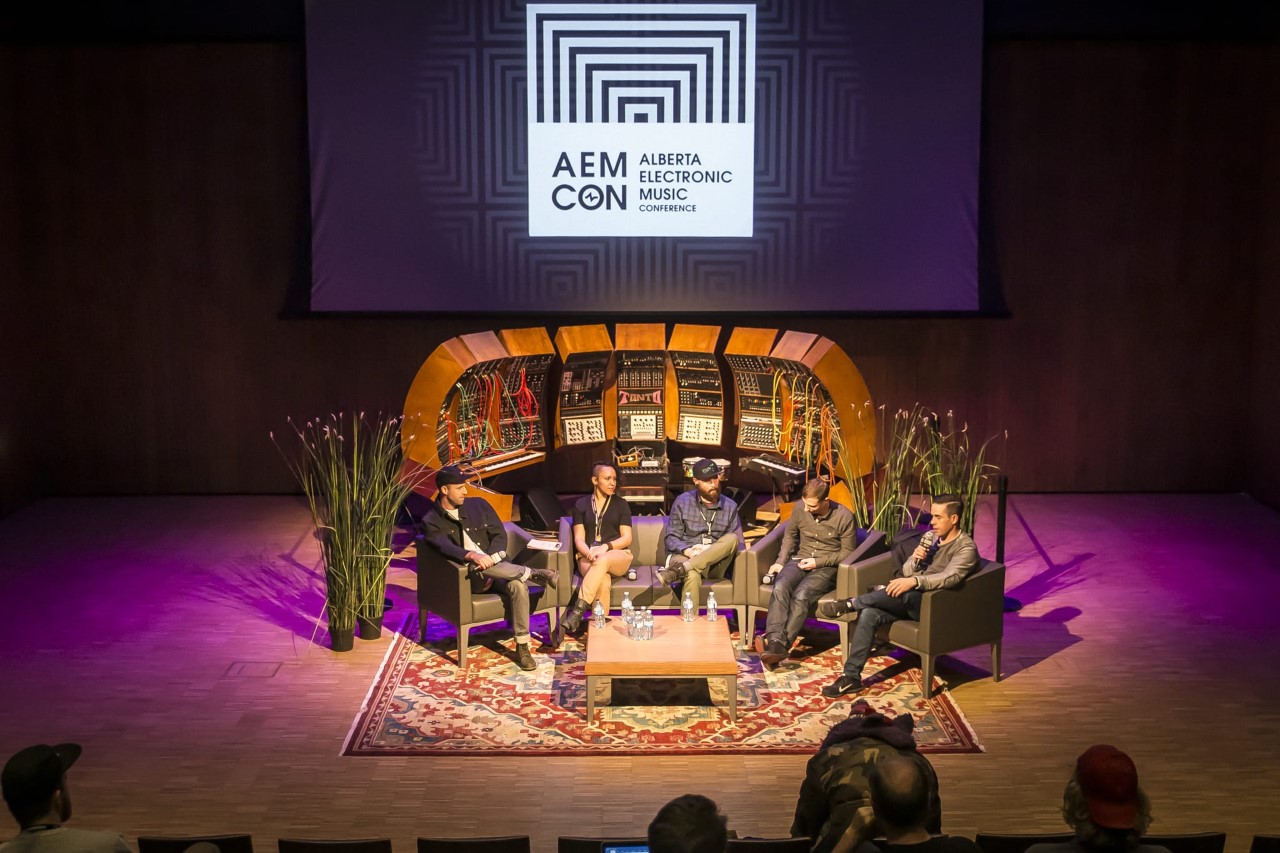 Interview: Founders of Alberta Electronic Music Conference [AEMCON] Delve Into The Details, For This Canadian Born Event Supporting the Music Industry In The True North!

The Alberta Electronic Music Conference [AEMCON] is about to kick off in its 4th consecutive year this November 13-17th, with a stacked lineup of panels, workshops and events throughout the inspiring week, for the Canadian music industry. Founding partners Isis Graham and Andrew Williams each hold extensive musical backgrounds with being DJs/producers, promoters and above all music lovers themselves. The passion behind the music and the creative process is what drives this conference every year. We had a chance to speak with both Isis and Andrew about this year’s edition of the conference, the future of AEMCON, challenges and obstacles and much more!

What was your initial motivation and inspiration behind starting AEMCON back in 2016?

Andrew & Isis: Back in 2016, Alberta was, and still is, a burgeoning community of producers and creators. Deep house had just had its big come back, dubstep was still in full swing, Drum and Bass was was again on the rise in club popularity. Both Calgary and Edmonton had fresh new music production schools and there were more producers and DJS than ever before. We had all the makings of a great and healthy scene, but it was still so evident that in order to have a successful music career in Canada, you had to move somewhere else to be closer to industry resources and other musicians who’ve walked down the path to success. We knew we needed to bring that here, and we knew from the experience of going to things like Amsterdam Dance Event and Miami Music Week that the platform for that was a music conference.

As one of Canada’s only Electronic centred music conferences, what do you believe is the most important aspect of having an event of this magnitude in Canada? How do you hope AEMCON will help people in the Electronic Music Industry?

Andrew & Isis: Canada is a large country and we are largely disconnected by landmass. Connecting with one another face to face outside of a festival or gig economy is very difficult, especially for emerging artists who are just beginning their careers and don’t necessarily understand the preexisting hierarchy of the music industry at large. A conference centred around collective development, education, and accessing resources to me, is the most efficient way to fast forward a lot the hard work you have to do on your own to take simple next steps. Whether that is something as basic as understanding a publishing deal, meeting a record label rep in person, or possibly a peer that you can produce music with or DJ for. For us Canadians, it’s an opportunity to pull the larger music industry reps under one roof from across the country. This greatly reduces the time and energy it takes for emerging artists to understand how the industry works and the various roles and responsibilities, there are to make the whole thing work. The sooner you understand the ecosystem, the sooner you can properly live and sustain in it.

‘For us Canadians, it’s an opportunity to pull the larger music industry reps under one roof from across the country. This greatly reduces the time and energy it takes for emerging artists to understand how the industry works.’ – Isis Graham, AEMCON  Founder

Both having musical backgrounds and careers, how do you believe AEMCON benefits up-and-coming DJ’s and Producers in Canada? Do you wish you had something of this sort to attend, when you were starting off your careers, and why?

Andrew: If I had something like AEMCON when I was first starting, it would have saved me YEARS of toiling alone, just trying different things without a coherent theme or vision. I personally believe that conferences and industry gatherings are like mini artistic accelerators. You’re exposed to so many ideas and potential paths that you can walk down, it opens so many new doors to what’s possible. In 2019, there is no standard way for people to make it in the music industry. Being able to meet so many people who are making it in so many ways, is immensely inspiring and will allow you to pick and choose which paths you want to follow.

Isis: For the most beginner artists, hopping into a large networking environment like this at an early stage, will benefit your overall skills and functionality in most business environments. We all know that this business is wrought with “who you know” circumstances, learning to network and put yourself out there is one of the key ingredients to a successful music career in my opinion. For artists further along the lines in their career, having direct access to our funding bodies like FACTOR, our Performing Rights Organization SOCAN, and various international publishers and professionals to answer your questions about what to do next with your music and how you can better use available tools to actually make money on your craft is essential. I wish this existed in Canada when I was coming up in my career, I used to travel to Miami Music Week every year the moment I turned 21, and this was a costly endeavour for me year after year. If it had been in my backyard, I can tell you, I do believe I would have gotten a lot further, a lot faster than I did!

‘We want electronic music to have the same level of social and career acceptance as it does in places like the UK or Netherlands.‘ – Andrew Williams, AEMCON Founder 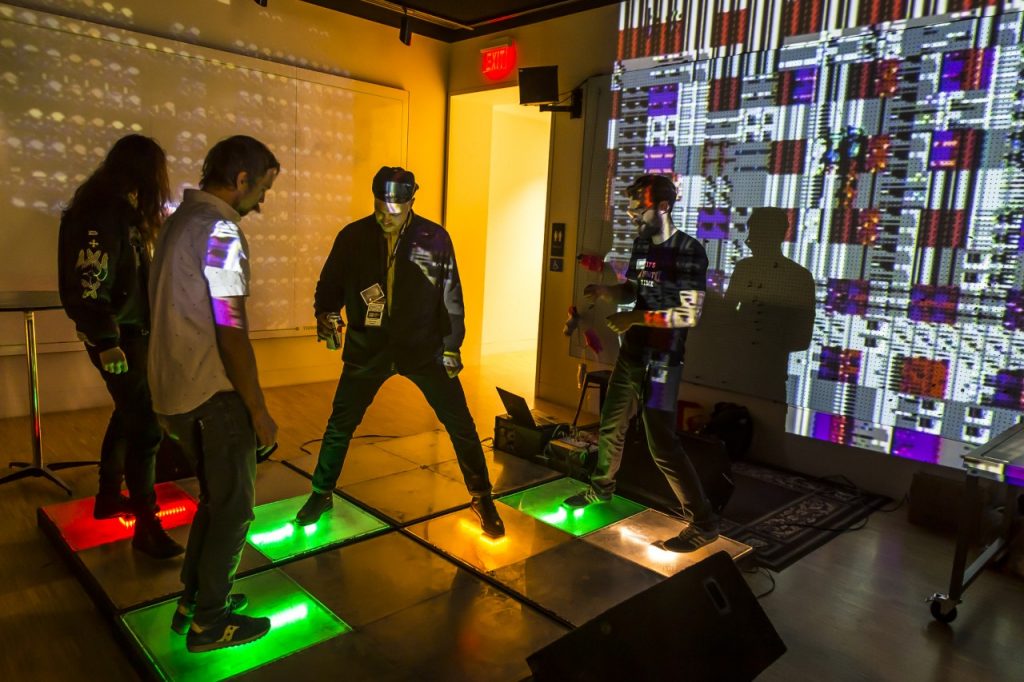 What have you found to be some of the biggest struggles with putting on this conference over the past 4 years? How do you continue to overcome them in order to ensure the conference grows each year?

Andrew & Isis: The biggest struggles in starting an event like this at first, is convincing people that this is something we need! Really! It’s a totally new concept to Western Canada’s electronic music community, and first showing them the resources they are unaware of was a challenge.

The next challenge has been convincing the rest of Canada that Alberta can be the place to have this event. We got a lot of “Alberta? Really?” at first, but we have worked hard to bring speakers and creators from across the country into the fold. Once guests and delegates come to the event, they can see the potential and the uniqueness of what’s going on here, and we are so fortunate to have amazing partners and supporters to keep the momentum going year after year.

Lastly, time management has been a huge growing point for us as we’re both really hands-on with every element of the conference. This year we doubled the size of our organizational team to help move things along and sustain the amount of work we had to do which has been tremendously helpful. Our team rocks and certainly has given us a much better grip on the bigger picture. Starting a business is hard work and the learning curve of going from musicians to business owners managing a large team in a short time has been a steep one. Ultimately, we wouldn’t be able to do this event without the incredible support of partners, team, speakers and performers.

‘Once guests and delegates come to the event, they can see the potential and the uniqueness of what’s going on here.’ – Isis Graham, AEMCON  Founder

What are you most excited about AEMCON in the future years to come? What are your visions for the conference?

Andrew: As the conference grows, we’re starting to look at it more like a platform that can really make a difference to how Canadians perceive electronic music as a whole. We want electronic music to have the same level of social and career acceptance as it does in places like the UK or Netherlands. We believe that collaboration, professionalization and education are key steps towards achieving that goal and that in time, it’ll be much easier to make a life in electronic music in Canada than it is currently.

Isis: My hope for AEMCON is that one day we can bring even more Canadians into the conversation and creation of the event. I hope to see this become a bigger meeting ground for thought leaders and creators to use as a platform to assist Canada’s artists in truly achieving what they’re capable of and expressing their art in the truest forms. I want Canadians to believe you don’t have to leave home to be successful and that we can create and sustain that right here. It’s going to take time, but I think we can get there.

For more information and to purchase passes for AEMCON, visit their website here. 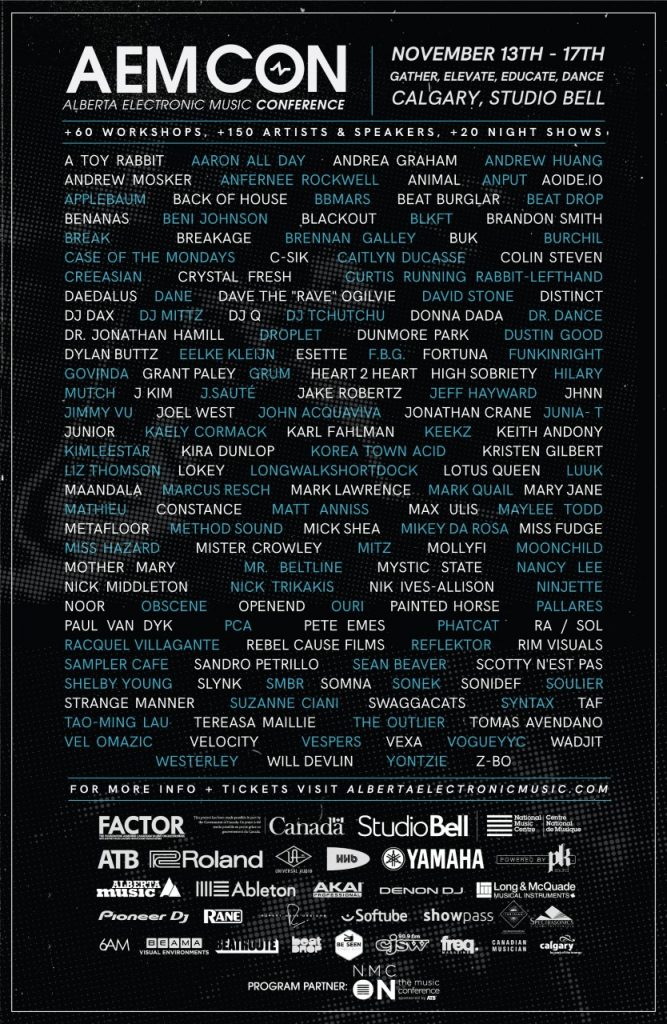