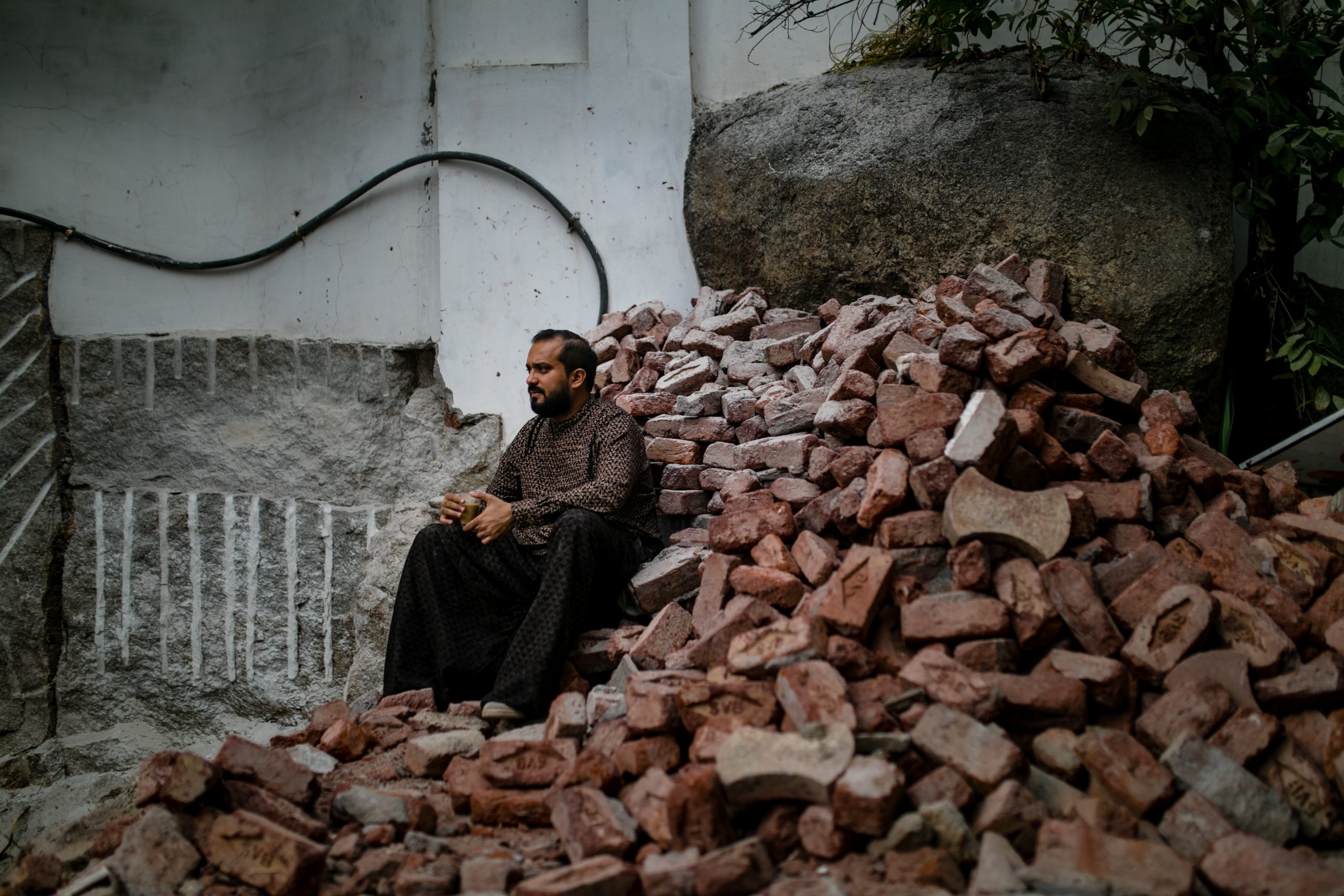 In The Studio With Hamza Rahimtula: 5 Essential Pieces Of Gear [MI4L.com]

Hailing from New Delhi, Hamza has attained a reputation as a pioneer of the house scene in India and one of the more innovative and exciting producers today. Hamza’s diverse international sound is influenced from his strong musical background as well as growing up in India and traveling the world, living in Paris, Boston, and New York. Early in his journey, exposure to renowned house DJs such as Terry Francis, Dave Mothersole, DJ Heather, and Danny Tenaglia inspired Hamza to create his own electronic dance productions. Soon he found a unique style of house music combining deep, tribal, and funky sounds with strong world music influences.

Hamza set up his own label Wind Horse Records to further nourish this growing production repertoire. While in New York, Hamza did his Masters in Music Business at New York University, which gave him a very strong foundation and insight into how to creatively promote his own music. Wind Horse Records, the first Indian house music label, is a major part of that vision. From its first release Wind Horse quickly earned the notice and accolades of many notable fans including Dubfire (Deep Dish), Peter Kruder (Kruder & Dorfmeister), Richie Hawtin, Quentin Harris, and Tom Findlay (Groove Armada)

He shares a glimpse into the studio space where he makes his magic! 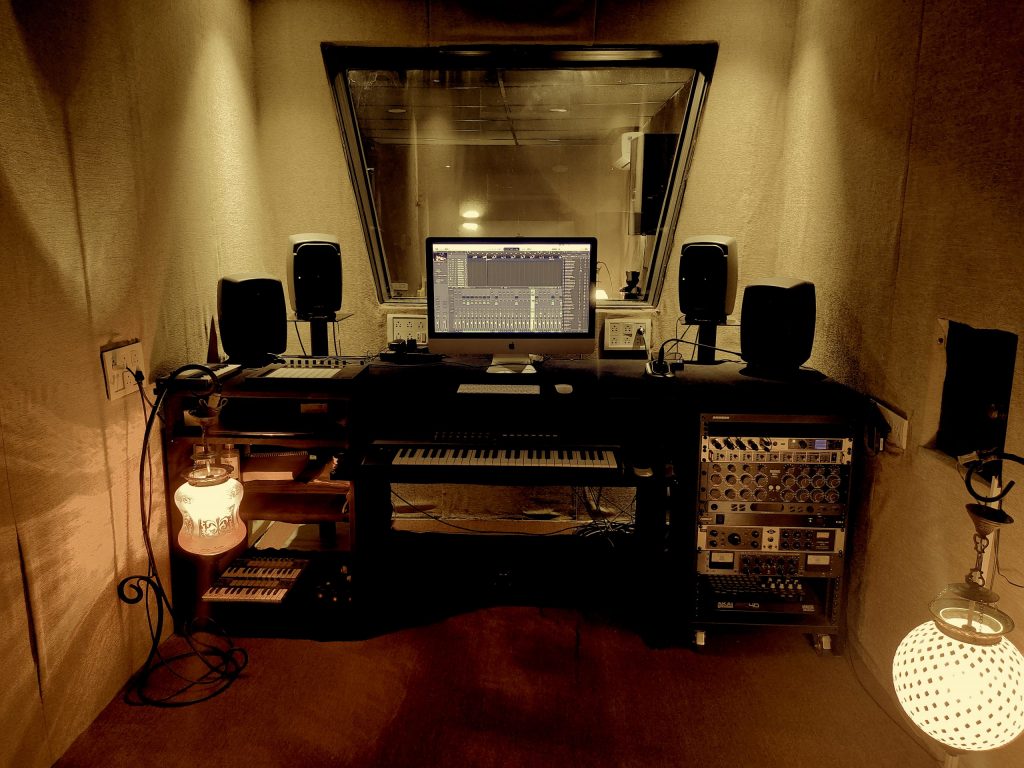 Great for EQ’ing. I don’t use it in the mix stage. I use it after words when I work with stems to put the finishing touches. Kicks are always tweaked with this piece of gear. Basslines are always improved and all stems are passed through this just to see if I can get something extra after my mixdown. 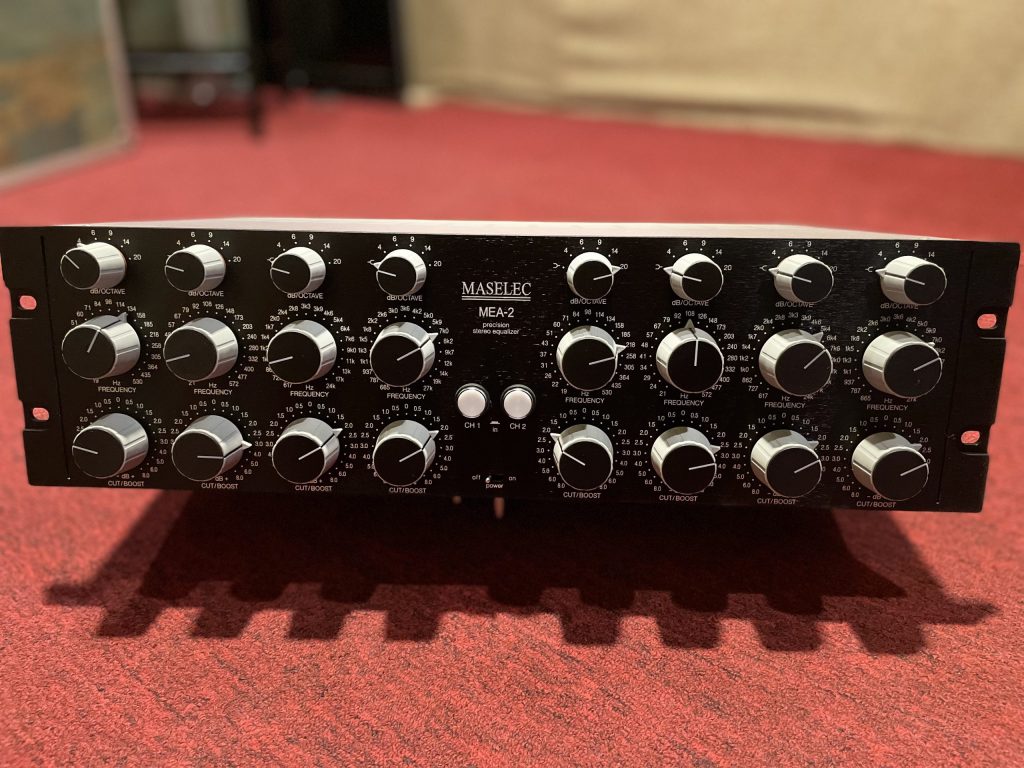 The compressor is magic. The way it glues things is incredible. Really makes all your drums come together. Also all the Music elements are all glued in and tightened really nicely. 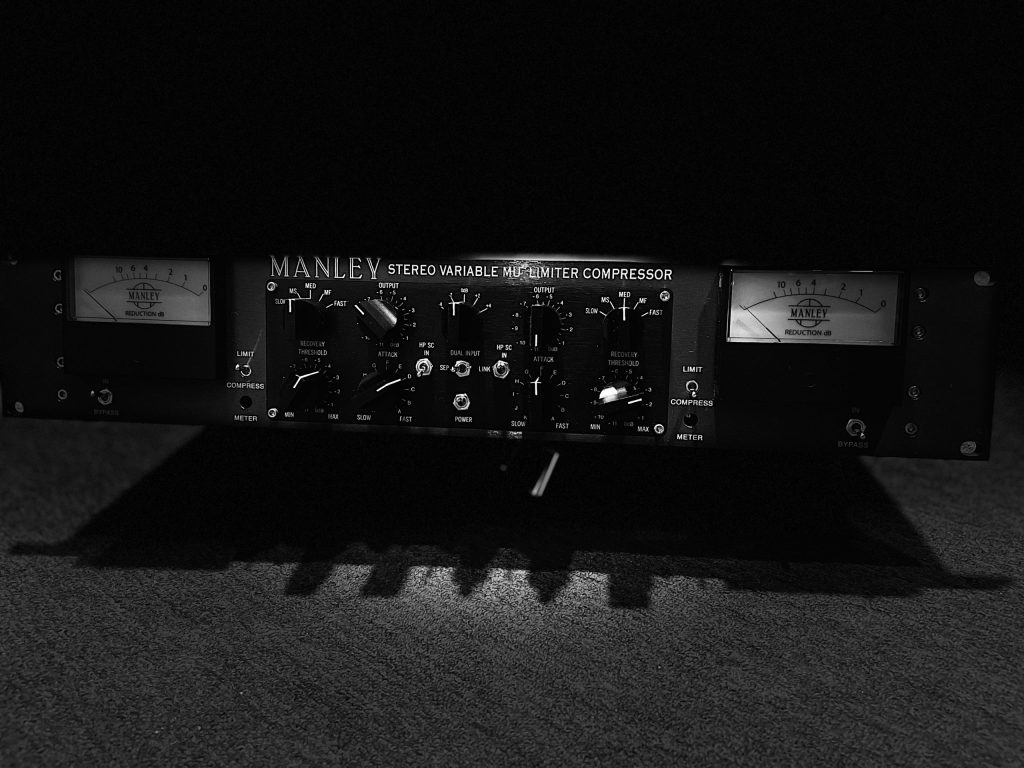 There are 3 different Roland Keyboard Sounds that have all been inserted into this one piece so there are many options to play around with. I am not such a real synth guy but when I don’t feel like recording live musicians and sampling, then I feel this is great as I become the musician in the room. There are many knobs to manipulate your sound and it’s really easy to use. 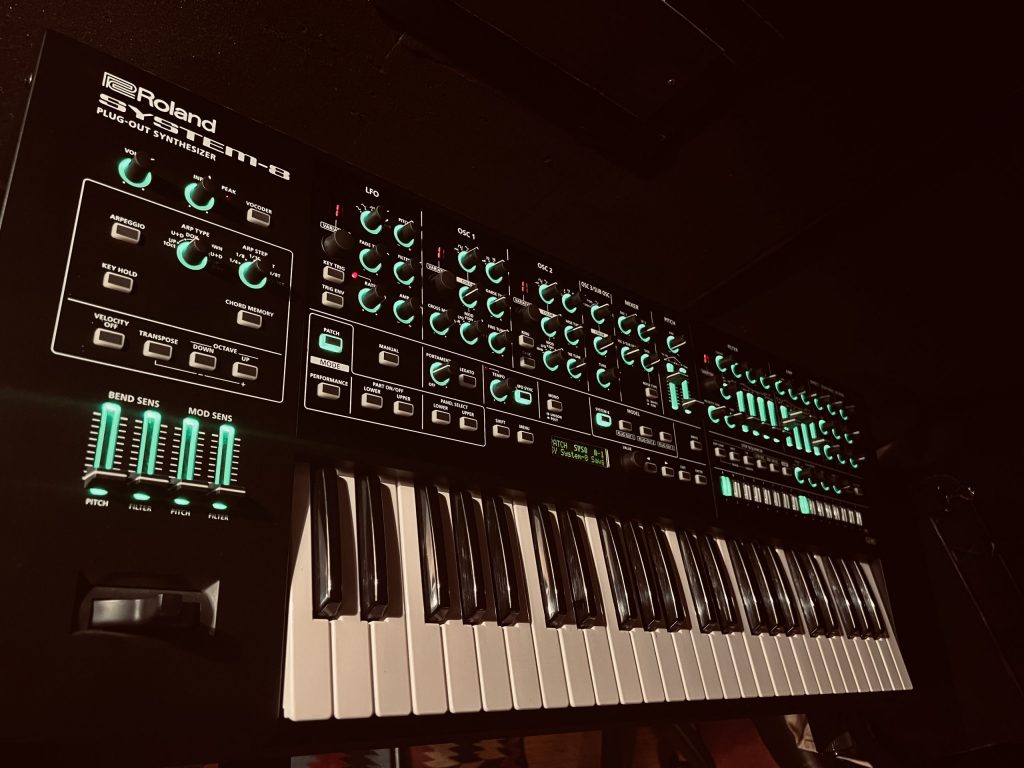 This is a really fun piece of gear. You can import sounds from outside and then mix them with the inbuilt sounds. The scatter and fx functions are insane. Drum Programming is really easy and sub step functions really allow you to make complex patterns with ease. In addition to drum programming you can also program musical patterns so the TR8S is more like a Groove box that allows you to do a lot more than Drums. Basslines are also easy to make from this machine. 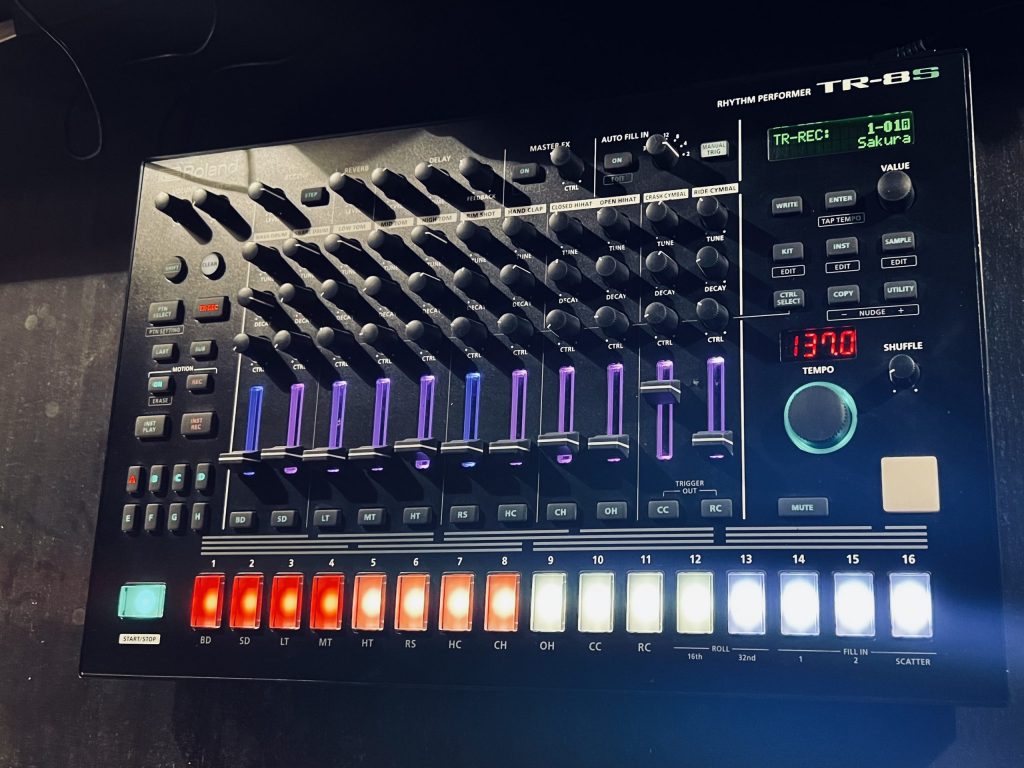 Classic piece of Gear. Everyone needs one of these. You can make some really outhere patterns with the TB3. In addition to basslines. you can make other patterns as well that can be used to enhance the groove of the track to push the rhythm. 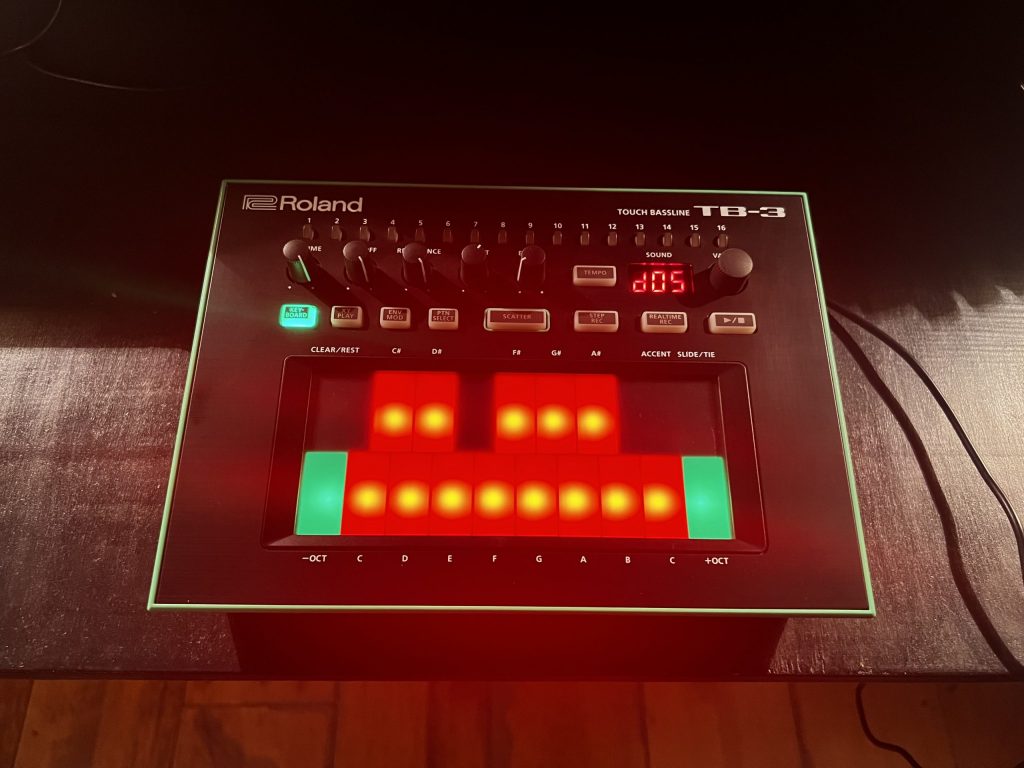