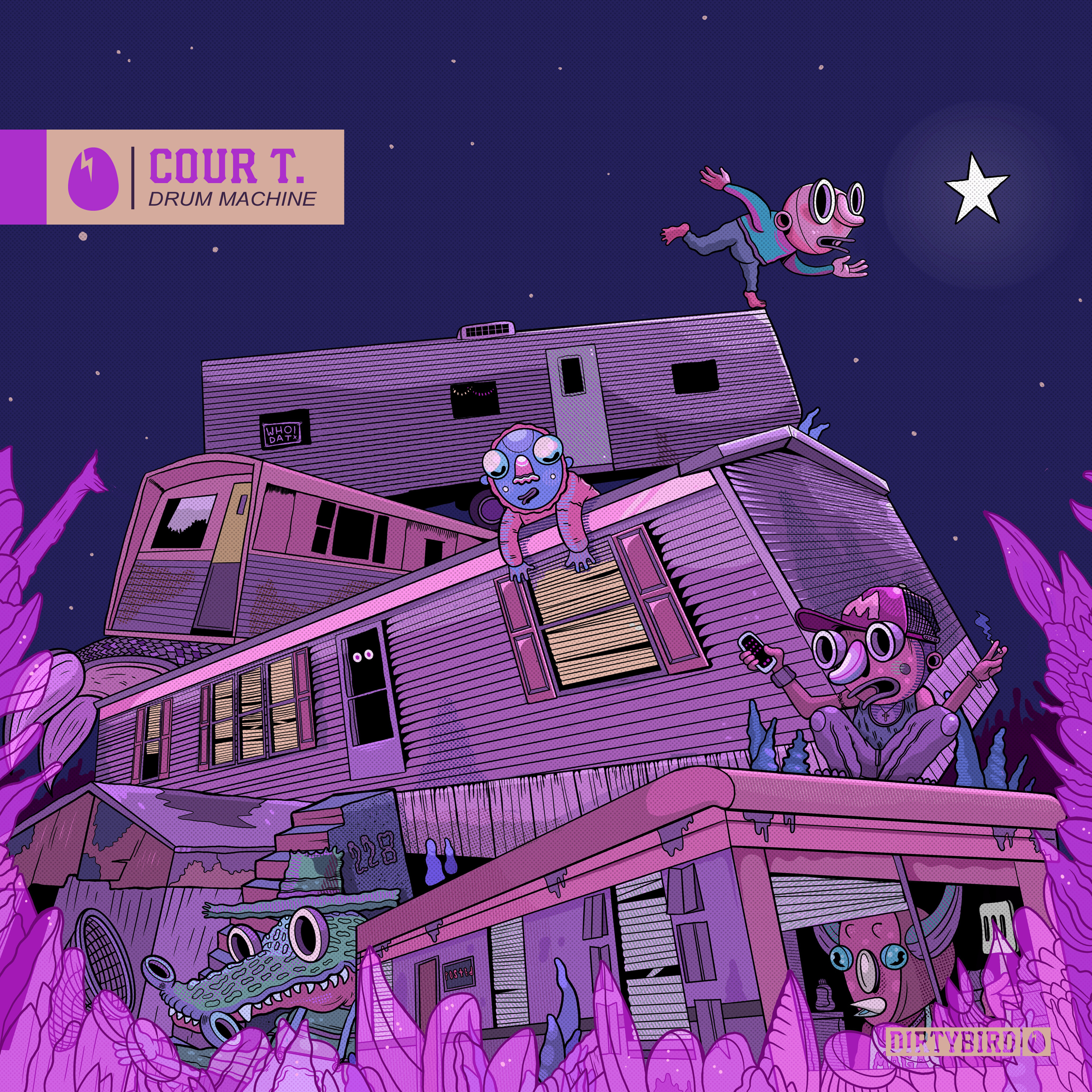 Seventeen year-old prodigy Cour T. makes his grand return to DIRTYBIRD with two tracks that are designed for peak time moments. The ‘Drum Machine’ EP marks Cour T.’s third appearance on USA powerhouse. Holding the throne for being the youngest artist to release on the label, Cour T. has gained a large following in the DIRTYBIRD community.

When comparing to Cour T.’s previous releases on DIRTYBIRD, the development of the young Brazilian’s sound is clearly evident in each track on the Drum Machine EP. The EP opens up with “Drum Machine,” a track that is full of sounds that embody the heart and soul of DIRTYBIRD. Following the title track is ‘Euphoric,’ a track that shifts the direction towards the deeper side. Staying true to his signature style, Cour T.’s ‘Euphoric’ contains all the components that set his tracks apart from the rest.

Releasing on one of the world’s biggest dance music labels at the young age of 16—with one of Claude VonStroke’s favorite tracks of the year—is not an accomplishment that many can achieve. By starting his career in the DIRTYBIRD family, Cour T. has made his future brighter than the sun. His passion for pushing the boundary of his sound can be heard in each release including his latest contribution to the label. Just when you think it can’t get any better, Cour T. returns with another gem.

To celebrate his third release on the label in the best way possible, Cour T. will be joining the DIRTYBIRD crew as they tour around Brazil.