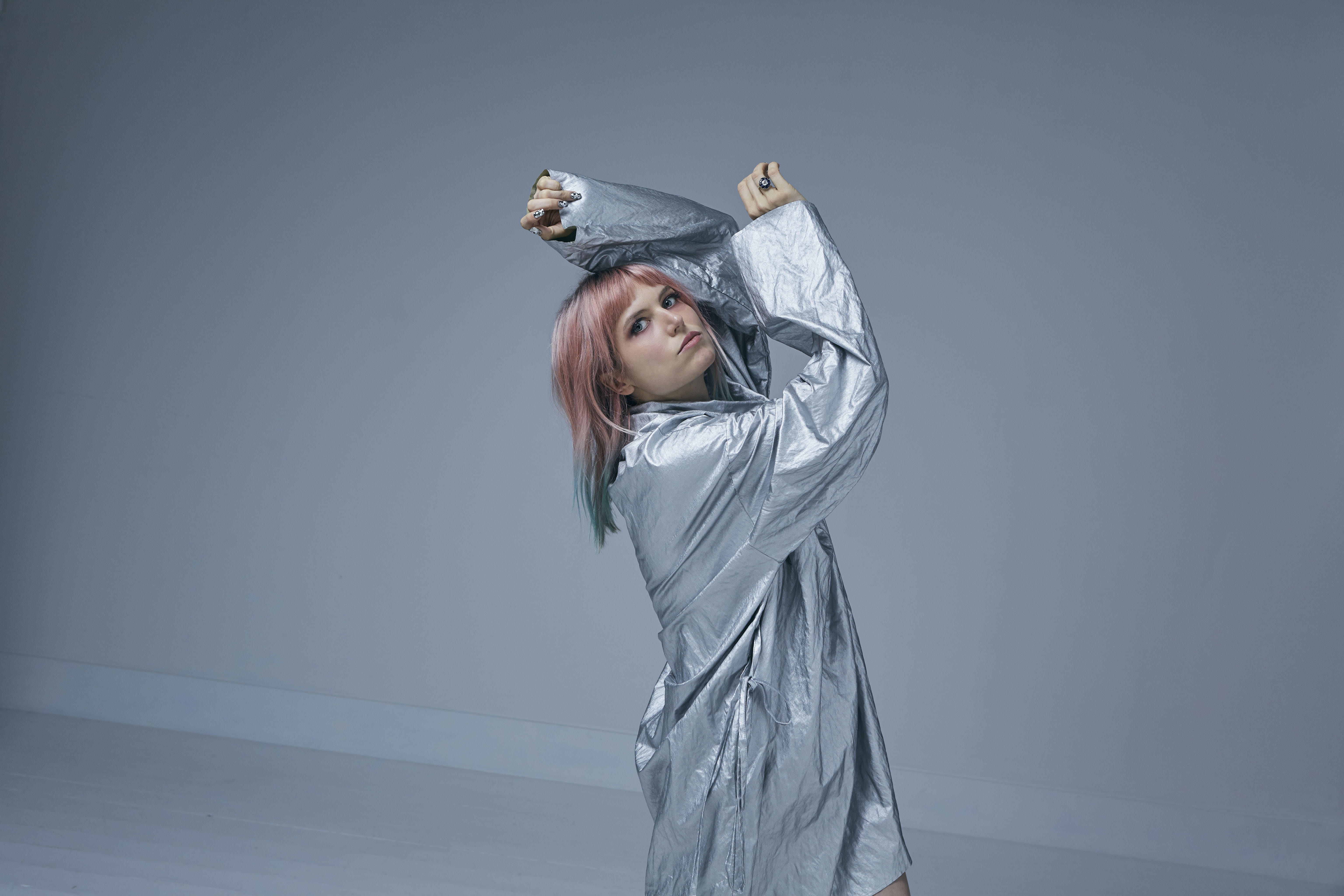 We caught up with Henri Bergmann to find out more about her latest release ‘Nexus’, top tracks and more

Henri Bergmann is building a name for herself within the melodic house and techno world after her recent releases ‘Last Dance’ & ‘Benadryl’ both peaked at #1 in the Hype Machine charts and picked up support from the likes of Pete Tong on BBC Radio 1, John Monkman, Arthur Baker, Tensnake, Vaal and Nicolas Masseyeff.

Since locking in time in her studio, Henri is now focusing sights on completing further additions to her catalogue which play more into her darker, club vibes. Ahead of the release of her latest release ‘Nexus’ EP on Automatik, and an upcoming gig this weekend, we wanted to touch base to find out more about her production, influences and what’s on the horizon.

Make sure to check out her celebratory event this weekend in London: https://www.residentadvisor.net/events/1324973

Hi Henri, thanks for catching up with us today. How are preparations going for your upcoming release party at The Four Quarters?

Prep is going great. Learning that it’s quite a lot of work putting on your own party but the last one with John Monkman and Anaphase was an unexpected success and inspired us to make it a more regular thing called Instant Reset –– the name reminds me of a cross between Total Recall and Blade Runner. The plan is to wipe your mind clean when you get there and leave your shit at the door. The venue is pretty small and they have their own regular crowd so there’s not too much pressure or I’d be a lot less calm. We’re really excited to have Mixmag’s techno editor Marcus Barnes on the decks along with our friends Pablo: Rita, me of course, and then a highlight is Anaphase doing a live set with Oli’s haunting vocals layered over their beats.

Where did you get inspiration from for your ‘Nexus’ release? Was it influenced by your gigs or club performances, or was there anything external to music that inspired the record?

Actually it came from another remix I did for my friend’s band Collapsing Scenery a couple of years ago. Some of the darker sounds in Nexus are Mickey’s voice run through a guitar rig and so many FX you can’t recognize it anymore. I’ve been playing and tweaking the track for a really long time now and it’s a banger on the dance floor. Every single time I play it someone comes up to me and asks what the song is. 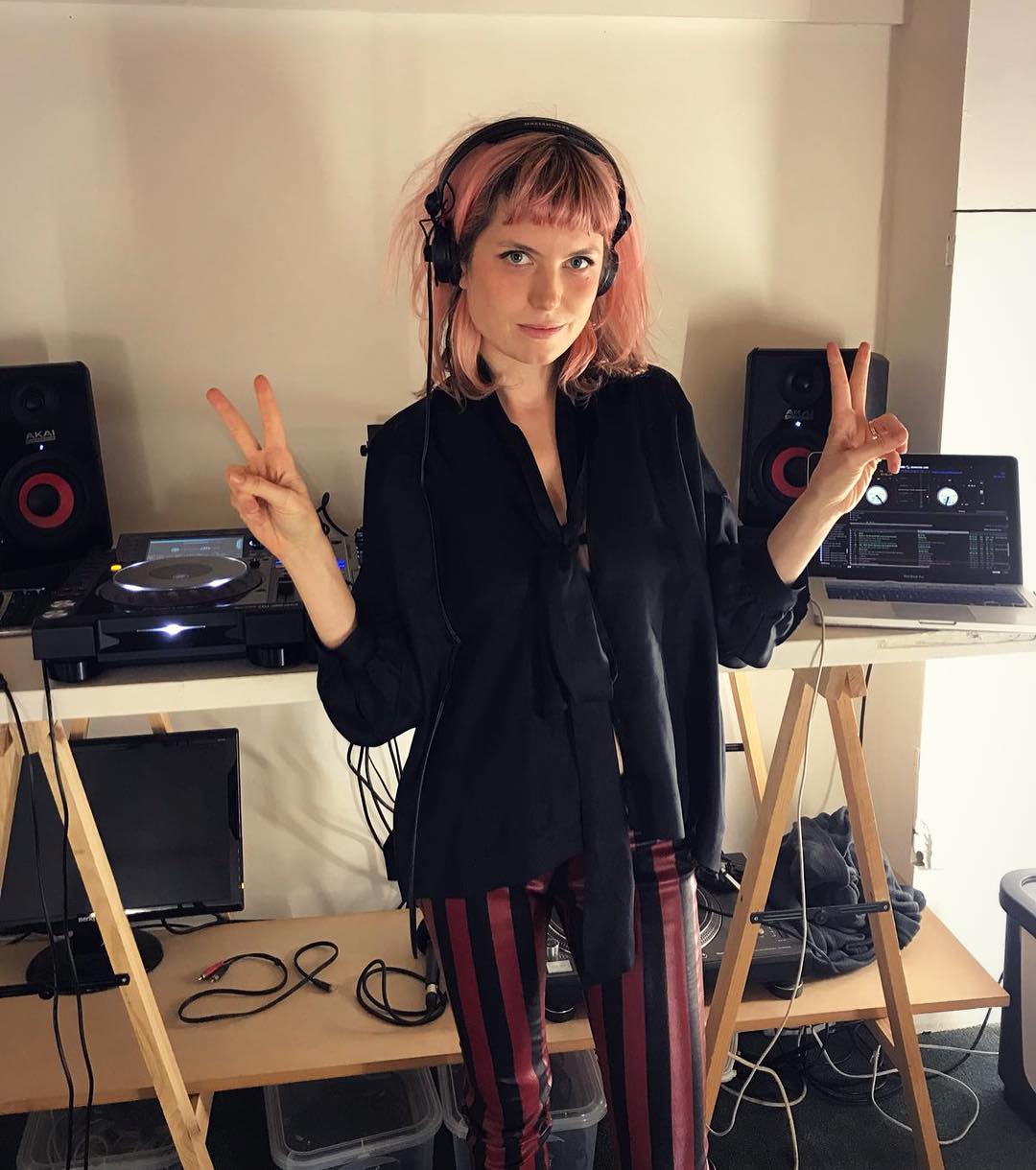 Would you say that you are more a digital or vinyl fan? You recently came back from NYC after playing at Bowery Ballroom, were you able to do much digging whilst there?

I love everything about vinyl, especially the way it encourages you to listen to whole albums and focus on the artwork, neither of which we do that much anymore, but for DJing, I prefer digital mainly for the convenience of traveling. Yeah, in New York I went to A1 which is a lower east side institution. My friend Marcus Barnes just wrote a book called Around the World in 80 Record Stores and he recommended it as the other one I wanted to go to was closed on Mondays. Every time I want to check out a record store it seems to be closed that day. I’m not having luck at the moment. A1 was amazing though. I went record shopping in Tokyo last year as well. Now that’s another level. They have more record shops than any other city in the world and take crate-digging very seriously. You have a different level for each genre.

This latest release features analogue sounding samples, such as the 303-like synth stabs on ‘Nexus’, do you find you use mainly hardware or software when producing? Are there certain go-to pieces of equipment you tend to use?

I love using software because it leaves a lot of room for change and I’m schizophrenic when it comes to producing music but I love the feel and happy accidents you make when using hardware gear. I used the JU-06 for the lead melodies in both tracks on my EP, Nexus and UBIK, which gives them a similar vibe and why I decided to release them together. I’m going to get the Moog grandmother next I think but in the meantime, NI’s Massive and Monark are pretty good emulators. The Korg Volca bass is great for bass stabs and arpeggios and I love that it’s portable so you can take it on the road with you.

Alongside your releases over the last twelve months, what would you say are your current top five tracks that you are playing out at the moment? Does it change quite quickly month-by-month or do you find there are certain gems you hold onto for a while?

I definitely cling onto tracks I love for dear life. Very loyal like that. A crowd-pleaser that works in almost every scenario but is maybe a bit obvious is Andrew Meller’s Born Slippy Incarnation Mix.

And I love Agents of Time’s track Dream Vision. It always makes me want to dance so pretty sure that translates across the decks.

A more mellow track I’ve recently discovered is Underspreche’s Poet-Ease. They just released an EP on Mano Le Tough’s label and they make very playable edits and mashups of other people’s tracks you can find on their Soundcloud.

Everything Nicolas Masseyeff puts out…

It’s more disco, but John Noseda’s track Fade to White has made a lot of appearances over the summer. It’s coming out on Agoria’s label now-ish I think.

Newer tracks I’ve been playing are Orust by Florian Kruse & Julian Wassermann, ANNA’s Raving in Space mix of Forever Ravers, Aniitime by Anii, La Fleur’s Tears, John Monkman’s track Tune In Turn On if you want to get people’s attention in the middle of a set, Michael Klein’s Yuzu is a new staple. Ok, got a bit carried away.

Following on from that, where would you say are your favorite cities, or clubs, to play in? Do you prefer more established venues with solid sound systems or more DIY set-ups in unusual and interesting spaces?

A bit of both probably. When Houghton festival got canceled this year I ended up playing in a barn next to Houghton Hall which was completely spontaneous and so fun because everyone was invested in having a good time. Matte Black throws great warehouse parties in the States. I DJ’d on a lineup with Guy Gerber, Mano Le Tough and Vaal for them a few months ago at Avant Gardner in New York. The Blaze played the night before which one for the history books. I just saw Tale of Us play in the same venue (Brooklyn Mirage) while I was in New York a couple of weeks ago and it was a really good night and they ended up extending their set into the sunrise.

The music scene in LA has grown a lot since I moved there about 15 years ago. You’d have to go to underground raves downtown to find good techno and dance music but now there are lots of great promoters and parties going on. A Club Called Rhonda always has such great characters in the crowd and drag queens dancing next to you on stage.

Oh actually, my favorite is always playing the Rabbit Hole at Glastonbury. Everyone dresses up in Mad Hatter costumes, you drink rum punch cocktails and jello shots and there’s always an incredible surprise guest. This year Carl Cox did a secret disco set and I didn’t even realize who was DJing until I pushed my way to the front because the music was so good. 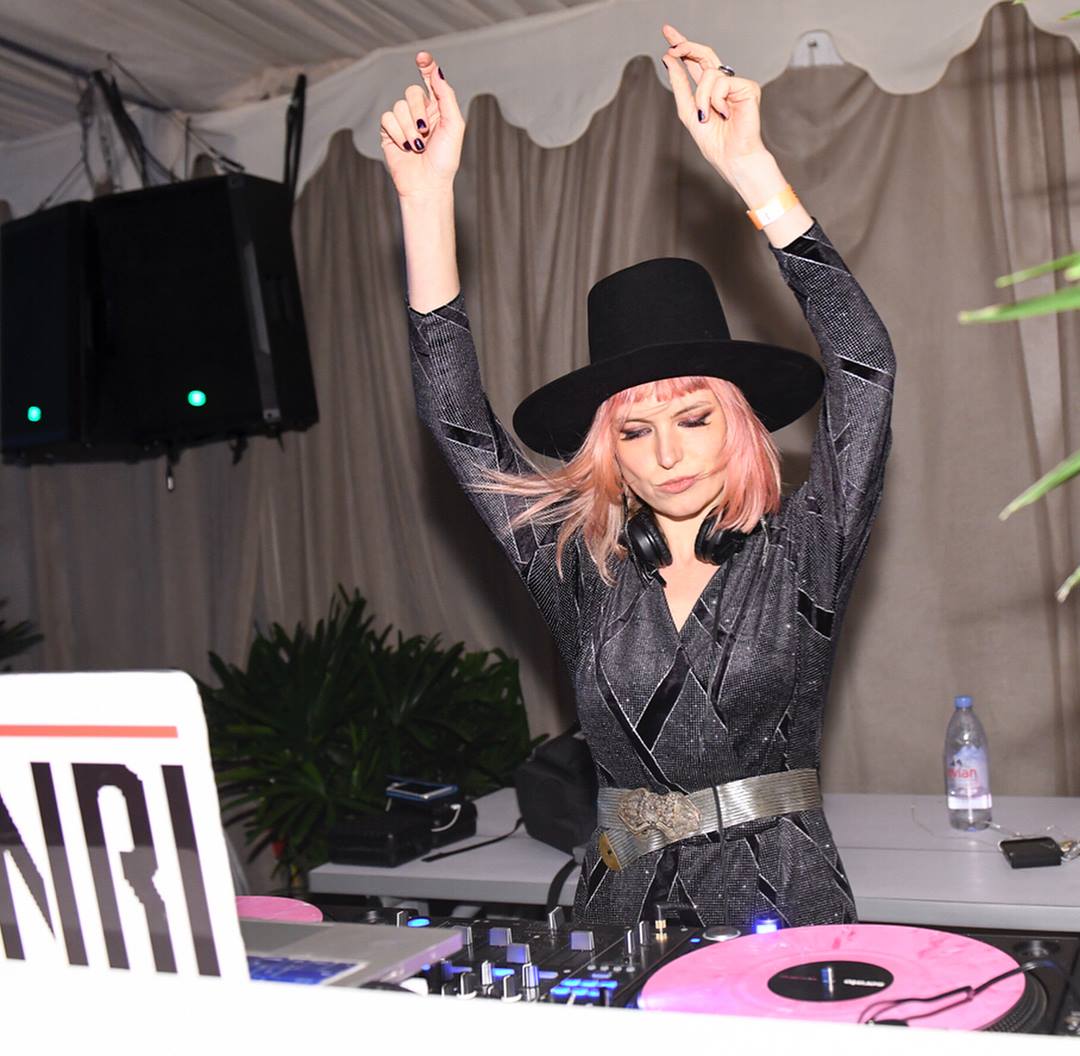 You have previously released on Ultra and Monstertooth Records, how does it now feel to be spearheading your Automatik imprint? Who has been supporting the EP so far?

It feels very liberating releasing music on your own label as you can choose your own musical direction, artwork, release schedule, remixers, who you want to support… I’m releasing a really talented singer friend of mine’s track which I produced on Automatik next.

When you release on other people’s labels you tend to have to cater to their sound instead of just having faith in what you’re making and believe in. I’ve found that anyway. Now I have an outlet to do what I want. Vaal has been a big supporter. She’s always the first to play my tracks out. She played Nexus at Tomorrowland in 2018 and even got a temp master done as I’d only just finished the mix. Nicolas Masseyeff and Kevin de Vries on Afterlife just played Nexus, Rodriguez Jr., Nick Warren, and Eelke Kleijn have supported it; and Gardens of God, Animal Trainer, and Terry Grant have supported UBIK.

What do you have planned for the rest of 2019? Do you have any forthcoming projects, exciting winter releases or anything else you’d like to mention?

I have the second track off my EP, UBIK, coming out next month and then I’m planning to release that singer I was mentioning on my label Automatik before the end of the year, and another track by another band I can’t wait to share. And I’m currently working on a remix for some legends but I can’t say yet.

That’s great to hear and we cannot wait to catch up and hear more from you again soon – thanks! 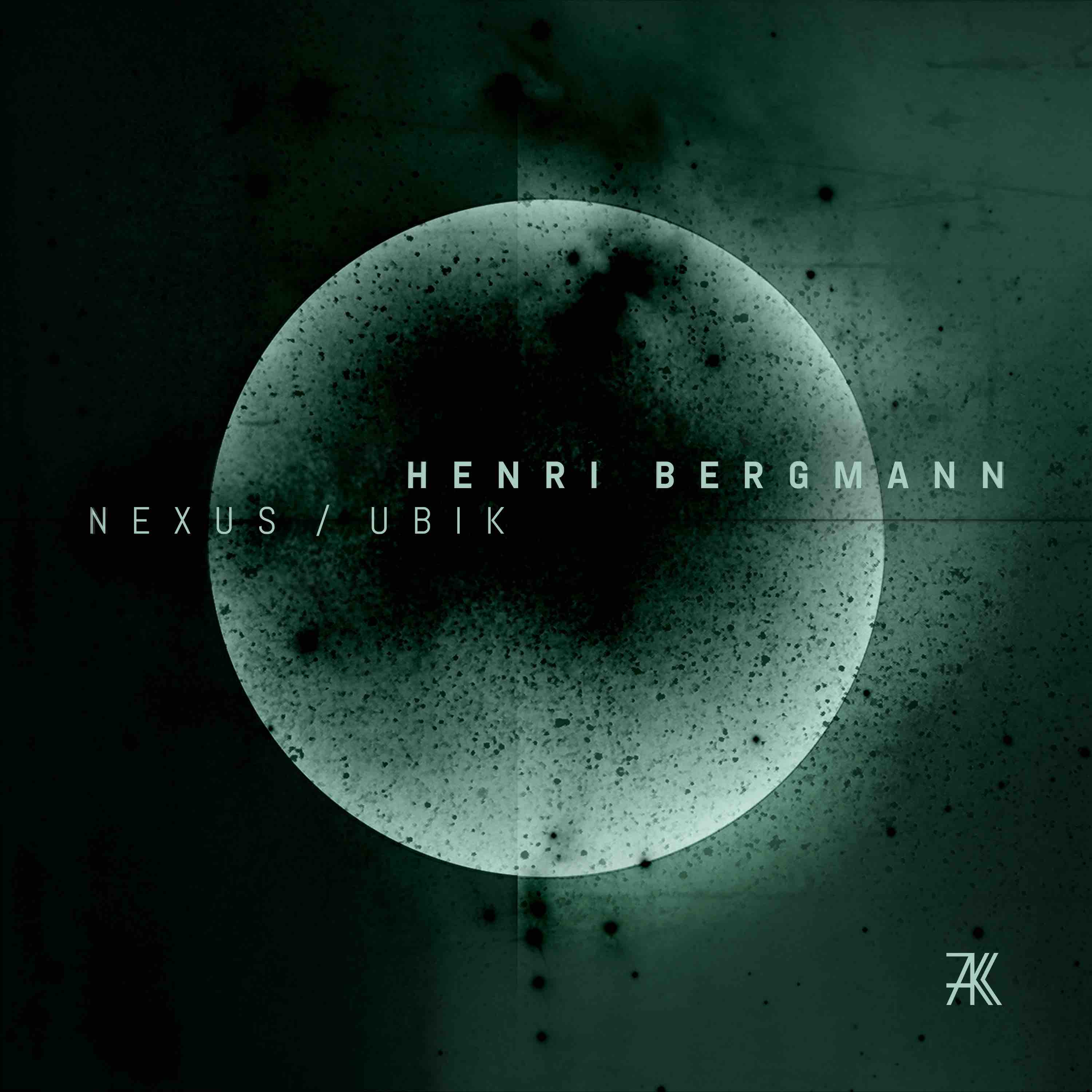