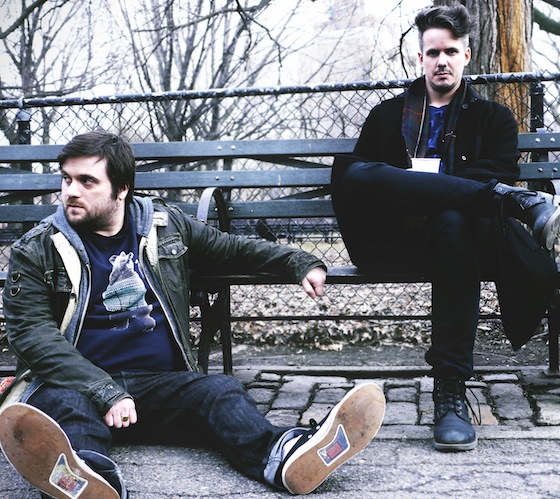 In advance of their show at SXSW in Austin, Texas for the Lovelife crew of San Diego, we take a look into an interview DJ/production duo Walker & Royce did with PulseRadio.net. To top off their interview, they also made a two-hour mix for your enjoyment.

We first profiled Walker & Royce last May after they’d made some waves with releases on OFF Recordings, and had works signed for release with Crosstown Rebels and Pets Recordings. Time has certainly flown since then, with their record “Connected” being selected by Solomun as his “Record of the Year,” and Sasha spending last summer giving another one of their beasts, “Stare if You Want To feat. Javi” plenty of love from Mykonos to Ibiza.

It’d be easy to call out the other notable successes they’ve enjoyed in their first 1.5 years of existence, but at Pulse Radio we prefer to have the artists and their music speak for themselves. So press play on their two hour exclusive podcast and read on to educate yourself about some humble and hardworking cats you’ll be hearing a lot more from down the line.

Hey guys, you first crossed over into the deep house and techno zeitgeist with your signing, “You’re Not Welcome” on Crosstown Rebels. Have things changed in the time since then?  Hey Alex thanks for having us back. Yeah, absolutely! I think it “put us on the map” so to speak. Not to say that we wouldn’t have done it regardless but being on a label like Crosstown helps with exposure, the kind that no PR agency can get you. There is a lot of love and respect for that label and it has helped get to the front of the line. And if you were wondering if we have changed musically, we are trying to be a tad bit more experimental, but just a tad. Although the philosophy is the same, the scene is evolving and we want to evolve with it.

Have you gotten the opportunity to work with more of the Crosstown family or do you have stuff on the horizon from any such collaboration?  W&R: We did the Rebel Rave last fall here in NYC but other then that we haven’t done much else. We don’t think its something that is out of the question but right now we don’t have anything with Crosstown set in stone. However, working with them on “You’re Not Welcome” was a great experience and we’d love to do it again!

We first introduced you to Pulse Readers back in May of last year, how have things been going since then?  W&R: Really well, getting busier and busier by the day. Since then our awareness has grown and we have had to actually get serious about what we are doing- it has been a huge learning curve. Since everything was new to us we were sort of lost at first, but we are progressing everyday. Really concentrating on touring more- there is only so much we can do in NYC. We recently started working with Air London for North/South American bookings. We did a string of remixes and are now going to be concentrating on getting some original material done. We have a few really great vocalists that we will be working with in 2013 that we are very excited about.

Some of your records like “Stare If You Want To feat. Javi” and “Connected” received a ton of support from heavy hitters like Solomun and Sasha. Have these guys reached out to you for any future work or remixes?  W&R: Its hard to describe how cool it is for us to have Sasha play our track, being that we are 90’s ravers. We went to a gig of his and he personally told us that it was one of his favorite tracks of the year, I think we acted like 12 year old girls afterwards.

Did you notice an increase in piracy of the record following it being ID’d in the online videos and mixes?  W&R: We have no idea really, but we are sure there was. We feel its something that can’t be stopped at this point. We try to be optimistic about it and think “at least people want our music.” Some people straight up ask for tracks when they could just support us by buying it for a few bucks online. Its silly, but that’s how music has changed and its not going back.