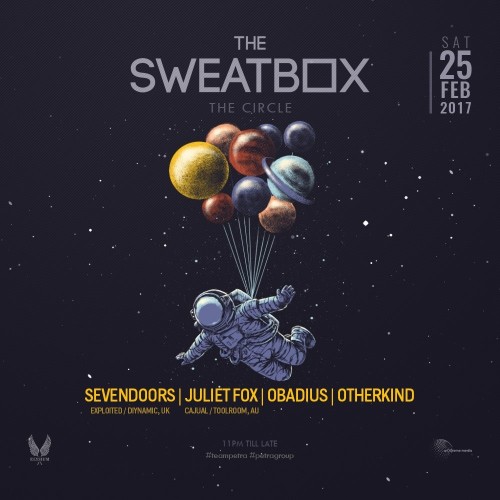 The underground house scene in Kuala Lumpur has been on the up and up in the last few years, and one venue has been a key player in bringing some of the best Tech House and Techno artists to Malaysia. Located in the heart of the city, The Sweatbox resides on the top floor of Elysium Bar + Terrace, which sits on the 32nd floor of the Wisma Goldhill building, and boasts some of the city’s best views, paired with some of the city’s best beats.

To keep with their tradition of bringing the best underground artists to the city, this Saturday The Sweatbox is hosting the excellent Ms. Juliet Fox, as one of the dates on her Asia Tour. We had a chance to catch up with Ms. Fox for a chat about her tour and her experiences.

What’s most interesting thing that’s happened to you so far on your Asia Tour?
I would have to say some of the foods I tried in Shenzhen in China. Ray took me to one his Restaurants called Damiao for traditional Hot Pot style… so so tasty, but some things I wouldn’t have imaged to ever ask for!
What has been some of your favorite food you’ve had a chance to try while being here in Asia?
I absolutely love spicy dishes, so each country so far has been so good, but also a little different. Thai food has always been my favourite, but I have to say I really loved the Chinese Hot Pot, and Korean food with all the side dishes (or maybe more so the Soju) haha
Favorite tourist attraction/sight you’ve seen so far?
All the cities have been so amazing and so unique. Seoul was really beautiful as I love the Hanok style houses, but it would also have to be where I am now in Cambodia between gigs. I have spent 4 days in Siem Reap and being able to visit Angkor Wat and all surrounding temples is incredible!
Which gig, so far, has provided the most killer hangover on the tour?
It was the one after my gig in Seoul, or maybe also as it was the most recent and after a week full of late nights and drinking. Definitely not all the Whisky, Tequila and Soju I drank that night 😉

Event Page: The Sweatbox – The Circle