Guy Gerber’s Rumors recruits Öona Dahl and Amber Cox aka Slumber for a dose of psychedelic house on the ‘Twin Moon EP’ this May.

Slumber’s previous outings for the likes of Nervous, Viva Recordings and Desert Hearts have seen them push an otherworldly, dreamlike sound and this debut for Gerber’s imprint sees the pair turn in the most accomplished expression of their heady aesthetic to date.

Across the release, the duo displays their talent for crafting hypnotic and engaging tracks. From the wistful, muted vocals on ‘Envoke’ through to twinkling closer ‘Twin Moon’, understated atmospherics, soft tones and well-considered production take the forefront, leading the listener through their delicate sound.

Öona Dahl’s solo work has seen her grace the likes of Watergate, All Day I Dream and DJ Three’s Hallucienda and San Francisco-based Amber Cox’s has appeared on Motek Music and Occultists. Since 2009, the pair have been involved with Slumber, a project initially started in Florida from a shared passion for vivid electronic music.

Slumber ‘Twin Moon EP’ lands on 14th May on Rumors. 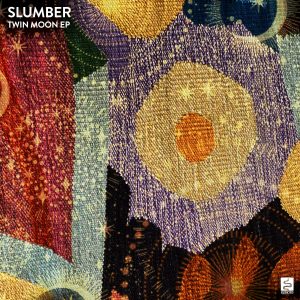