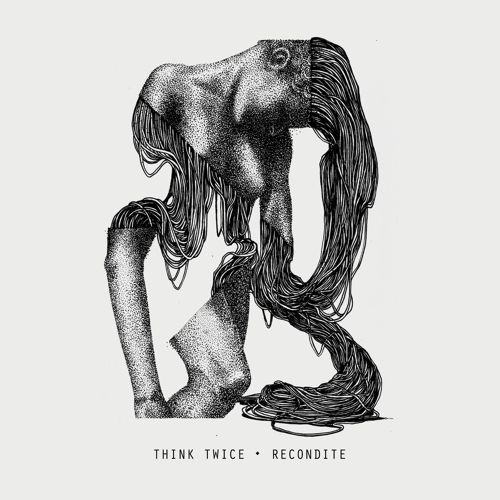 Recondite has been on a quick ascent to the forefront of everyone’s minds and ears over the past year because of his unique sound, which feels right at home amongst the dark and moody sounds of the Life & Death label. He’s been smashing festival stages and clubs the world over and it’s clear that he’s won his way into the hearts of many music fans because he earned himself the top spot on RA’s Top 20 Live Acts of 2014. It’s no wonder because his basis for such stunning live sets start with his complex and moody tracks that evoke a sense of noir. The title track, Think Twice, definitely makes you do just that as it comes crawling out of the gates with a stunning trumpet like bass that swallows you whole, which is then accompanied by a series of futuristic synth hits making you do a double take. You feel the need to start it over immediately to fully realize what you’re hearing. The overall sound aesthetic calls to mind a dystopian future of barren, windswept landscapes that lead to oases of pure sound and emotion. This is followed by the haunting march of sound called Serak. The track thumps along with a restrained bass line until it builds into a subtle release of kick drum, bass, and sweeping synths across the background, which create a haunting mood fitting of the theme of “life” and “death”. With a name like Life & Death it allows for a whole host of ideas to be set free from an artist’s mind, and Recondite has done just that with an EP that is full of emotion and story telling.  This is a stunning first release for Recondite from one of my favorite labels that gives me a little bit of life every time I hear a new release, and makes me feel like I could die happy every time I hear one of their tracks played live.