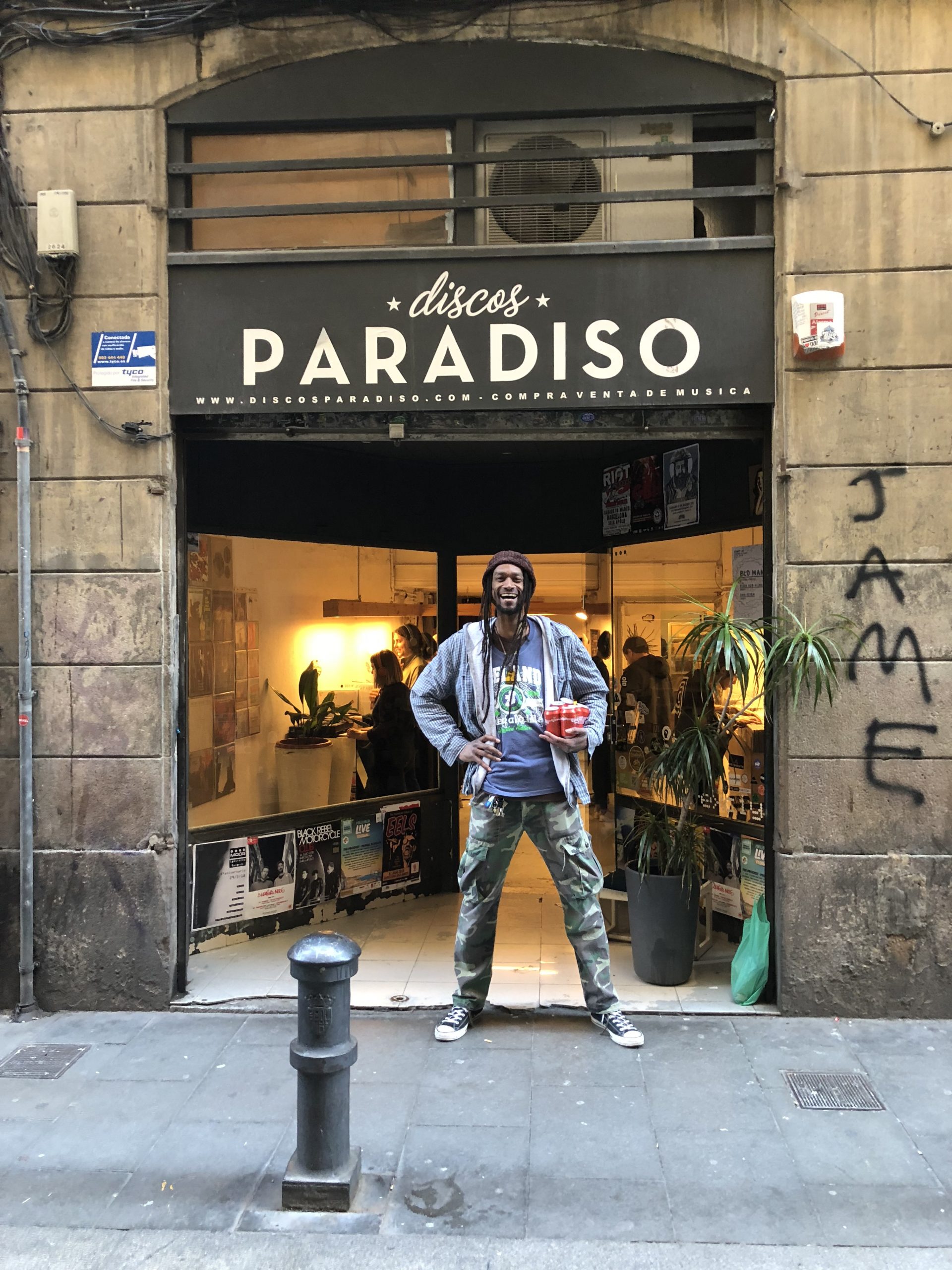 Detroit’s Jason Hogans steps up for Alelah Records as the first producer from across the pond to offer their own unique set of house groove for the label. And what a groove we’re given; five tracks peruse through low-slung, synth-heavy beats pushed by infectious drum breaks. 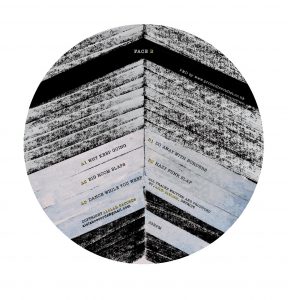 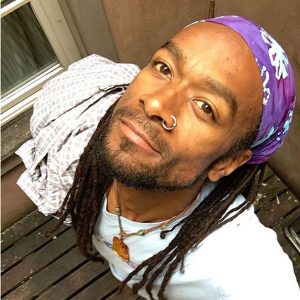 Q1: Who is Jason Hogans?

I’m a nerd, a hippie, a bus stop philosopher, a daydreamer, a survivalist, a family man, an empath & intuitive artist. My first creative passion was drawing, but I let my perfectionism ruin that for me. I still doodle sometimes. I started making beats and writing lyrics in 1993 after graduating high school. I spent my earlier years playing a variety of instruments in school and just absorbing a lot of the music that was being released – being a fan, studying and taking notes. I majored in music at Henry Ford Community College & dropped out when I got my first record deal. My dad is a minister and I remember enjoying gospel music at church. Those cats could really jam.
Q2: Tell about your new release on Alelah Records?
Buy link:
It’s uptempo beats. House, techno & broken type stuff with a jazzy appreciation for boom bap/lo-fi  textures. Several releases ago, I started to focus on making instrumental music that makes people wanna dance, stuff DJs wanna play – this record is a continuation of that. When somebody dances to music that I made & they really feel it, that’s an exchange that I never take for granted. I made these tunes between touring and everyday life with family. The EP title Fresh Concern is kind of a double meaning: I want the music to sound fresh, but also these are very interesting times we’re living through together. “Why Keep Going” is straight up minor-key future funk stomp with a goal of making people wanna boogie. “Big Room Slap” is a chunky roller skate hustle type bounce with smooth chords and big analog bass. “Dance While You Weep” has a monster kick drum and some moody layered keys. They liked this one in Paris. “Hazy Funk Slap” is fun with washed out & boomy filtered samples and more layered keys. Happy fuzzy 4/4 knock soup. “Do Away With Borders” is vintage bap tones & ambience with a double time urgency. Ether-glazed soulful sampling and tricky syncopation. (“Hazy Funk Slap” and “Do Away With Borders” have their titles accidentally switched on the vinyl artwork.)
Q3: Who are your greatest influences
For this moment, we can say that my greatest production influences are Q-Tip, Herbie Hancock & Carl Craig.
Carl Craig had a big influence on my artistry near the end of the 90s. I spent time in his studio, he took me to London with him, he gave me a bunch of records, let me borrow studio gear & I learned a lot from hanging out at the Planet E office. “My Machines” is Carl under his 69 alias and I love the smacking layered drum samples in this song as well as the relentless portamento synth bass.
I think I first heard Herbie Hancock as a kid during the Rockit days, but I really got into his whole catalog after graduating high school. The chords he used and his progressions totally blew my mind and his funk jams are just bananas. “Swamp Rat” is one of my favorite Herbie funk jams. The key changes, heavy syncopation, 70s tones & instrumentation of this song take me away.
Q-Tip is humble about his production and known more for his raps. He’s an animal on the MPC. He produced some of the most amazing classic beats and people don’t even know how deep Q-Tip is musically, learning instruments and everything. “Crooklyn” is one of the greatest hip hop songs ever & Tip’s production on it is untouchable.
Q4: You come from Detroit which has such a rich musical history, Please tell us about the scene as you see it?
Nobody’s doing shows because of the pandemic winter, but artists & DJs in Detroit are staying creative. Good music is still being released. I see people supporting each other and that’s a good vibe. As far as Detroit artists, I’m a huge Stevie Wonder fan. Slum Village & Dilla, yes. Three Chairs, Mike Clark & all the Detroit Beatdown guys. Wild Oats stuff. Theo Parrish is my favorite DJ and I have amazing memories of him playing great sets in the Detroit area. Motor Lounge was huge back in the day & it was an honor to play there.
Q5: How have you been keeping busy during lockdown?
I moved my studio into the basement to make room for my kids doing homeschool & I bought an MPC One with my stimulus money. I’ve made more than 2 albums worth of beats on the MPC since September 2020 and I’m getting to know the machine pretty well. It makes a great studio centerpiece and it’s just fun. Fun is important. I am also in the process of setting up a live studio stream. Yeah, really I’m just trying to stay busy in the studio, release music & let people know I’m still alive on social media while doing my usual side hustles to pay bills.
Q6: What else can we expect from Jason Hogans over the next year?
I have a record coming up on Sound Signature, which is a big deal for me personally. I will start doing a studio stream featuring live production, playing unreleased beats & whatever else I want. I might press some vinyl on my own label, Really Nice Recordings. Sometimes you have to invest in yourself.
For more info please check:
reallynicerecordings.com
jasonhogans.com
Soundcloud: https://soundcloud.com/reallynicerecordings
Facebook: https://m.facebook.com/brownstudydetroit/