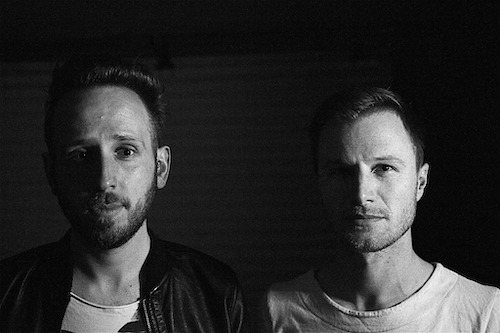 Following on from the acclaimed ‘A Sea Of Stars’, British synth-wave duo WOLFCLUB continue their hot streak with new single ‘Just Drive’, out 5th February.

‘Just Drive’ was the first song we wrote for the new album and really sets the tone and pace for all that follows,” they explain. “Once that first track was finished it really helped us get a feel of what we wanted the overall texture of the rest of the album to be, blending analogue bass sounds, distorted guitars with soaring vocal and saxophone hooks. We tried to create the perfect anthemic song for blasting out in your car stereo, with the driving bass and guitars adding momentum to a euphoric feeling of escape.”

Based between Nottingham and London, WOLFCLUB have enjoyed a steady rise to stardom since forming in 2014. Their music has accumulated millions of Spotify streams and received BBC Radio airplay, while their 2018 LP Infinity was the highest selling album in the world on Bandcamp in the first week of its release. 2019 album Frontiers fared even better, reaching #7 in the Billboard Electronic Album Sales chart, #5 in the iTunes Electronic Dance US chart and #2 in the iTunes Electronic Dance Charts UK chart. The 2020 US box office movie Infamous also featured six of WOLFCLUB’s tracks.

To find out more about WOLFCLUB, go to: