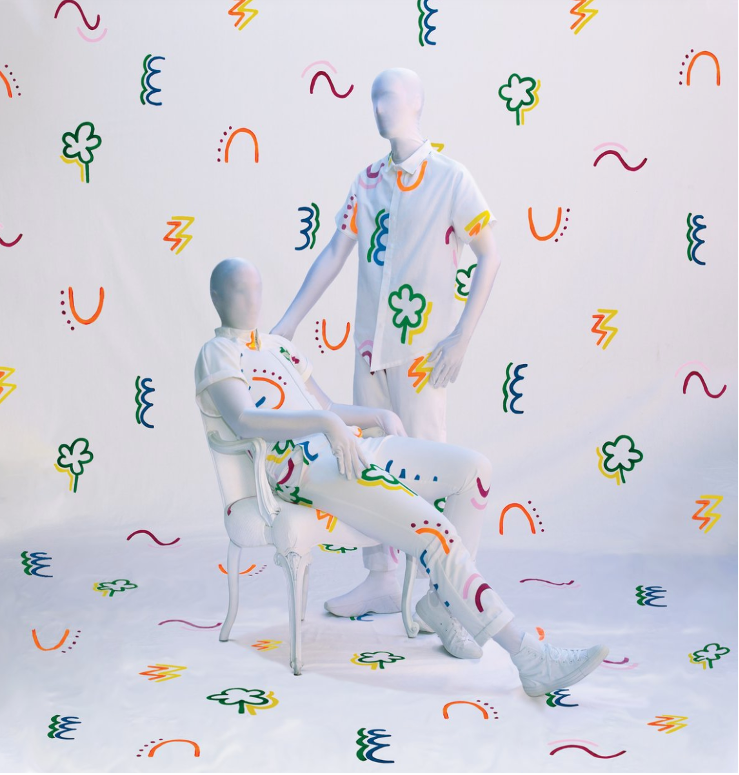 A ten-track release, Medium Complications is a charming record that tosses out musical clichés to marry once-estranged genres and bridge unexpected emotions. Kicking things off is Polyplastic’s most recent single ‘You’re Going To Heaven’, an infectious indie-pop jam that combines driving synths and grungy guitars with the duo’s impassioned vocals.

The first of three singles across the LP, it precedes the suitably-titled, guitar-driven catharsis of ‘Brain Masher’ and wistful pop of ‘I See A Dip’ – tracks that both debuted at #30 on the FMQB radio chart.

Elsewhere, further highlights come in the form of the ethereal synths and warped vocals of ‘Heartbeats Into The Ground’, the fleeting sonic explorations of ‘Prime Time’ and the endearing, classic indie of ‘Dear Michael’.

Closing things out, ‘Break Away’ is a highly danceable concoction of vocals and uptempo bassline, while ‘Garden Party’ ensures that Medium Complications finishes off on a suitably pulse-racing note.

The release follows a string of March tour dates, including an appearance at SXSW, while Polyplastic will perform at an album release show at The Troubadour in their native LA on April 8.

Blurring the lines between music, performance, fine art and fashion, Polyplastic invite audiences to become participants in their ethereal underworld. One half fine artist; the other a member of the band Bleached, the duo have previously performed at art galleries and work with graphic artists to create audiovisual experiences.

Their largest and most expansive body of work to date, the release of Medium Complications is a career-defining moment for Polyplastic – stream the album in full here.

To find out more about Polyplastic, go to: