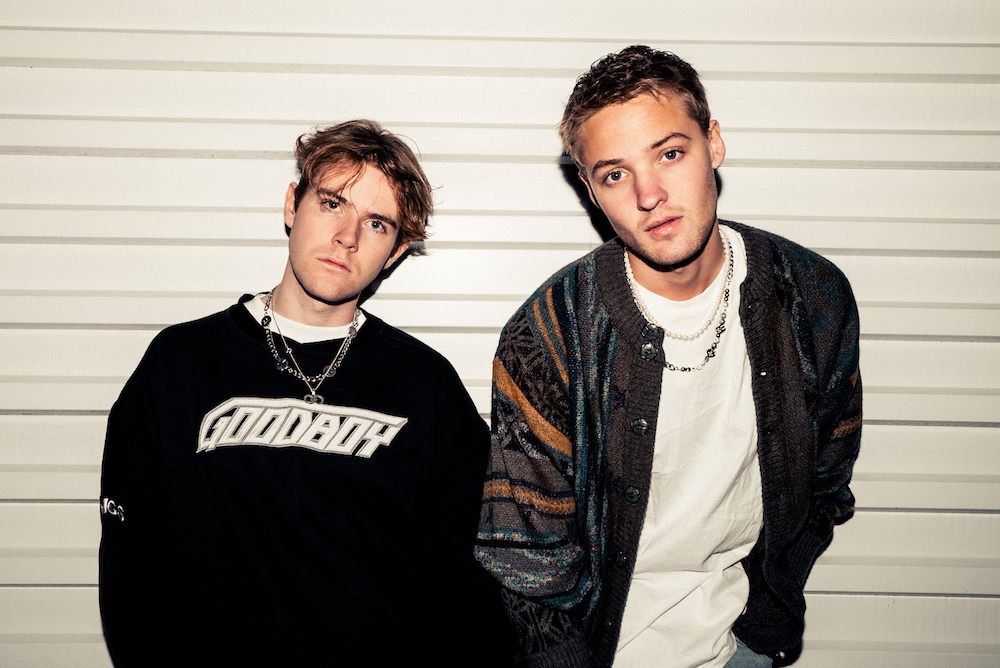 This record kicks off a new era for NOTD as the lead single from their highly anticipated forthcoming debut EP, due out in the Spring of 2022. The track effortlessly bridges the gap between Nashville and Stockholm, blending glossy dancefloor-ready soundscapes with shimmering pop melodies as it dips in and out of neon keys and airy guitars. Meanwhile, The Band CAMINO serve up soaring harmonies and a hypnotic hook with eighties spirit, “I don’t wanna wait, never a good time to say goodbye, yeah!”

Stay tuned for the premiere of the music video very soon.

Of the track, NOTD commented, “Although many of our fans have come to know us as pop-dance artists, we spent a lot of time during the pandemic digging in to figure out how the NOTD sound can continue to evolve. we found ourselves listening more and more to artists like The Band CAMINO, The 1975, and LANY and leaned into those influences as we crafted the next chapter of NOTD music. This new sound feels like a step forward for us, and collaborating with The Band CAMINO on “Never A Good Time” is a dream come true. We can’t wait for our fans to hear this new record and see what their reaction is.”

The Band CAMINO added, “We’ve been fans of NOTD for a while, and as soon as we showed them the song idea it felt like the whole thing just fell into place. It was one of those songs that really didn’t take a lot of revisions or second guessing, it just felt right. It was really easy to play off each other’s styles and make something that felt like both of us.”

Having eclipsed 1.4 Billion streams on Spotify alone and 2.5 Billion streams on all platforms, NOTD have continued their rollout of successful single releases. The global hit “I Don’t Know Why” with Astrid S kicked off this run, amassing over 130 million streams to date. They then teamed up with Nina Nesbitt for “Cry Dancing” and later Catello for the 2020 single “Nobody”. The latter has already amassed nearly 100 million total streams and counting in addition to spending five weeks at the #1 spot on the Billboard Dance/Mix Show Airplay Chart. Dancing Astronaut attested, “NOTD remain hot on the campaign trail for household name status,” and One EDM raved, “The Fusion of old-school nocturnal pop and future house influence sets this track apart.”

In 2019, NOTD had the most played track on US Dance Radio with the RIAA gold-selling “So Close” featuring Georgia Ku and reached platinum status in the U.S. on their 2018 smash, “I Wanna Know” [feat. Bea Miller]. “So Close” was also nominated for Dance Song of the Year at the 2020 iHeart Music Awards.

Stream the single in full HERE.