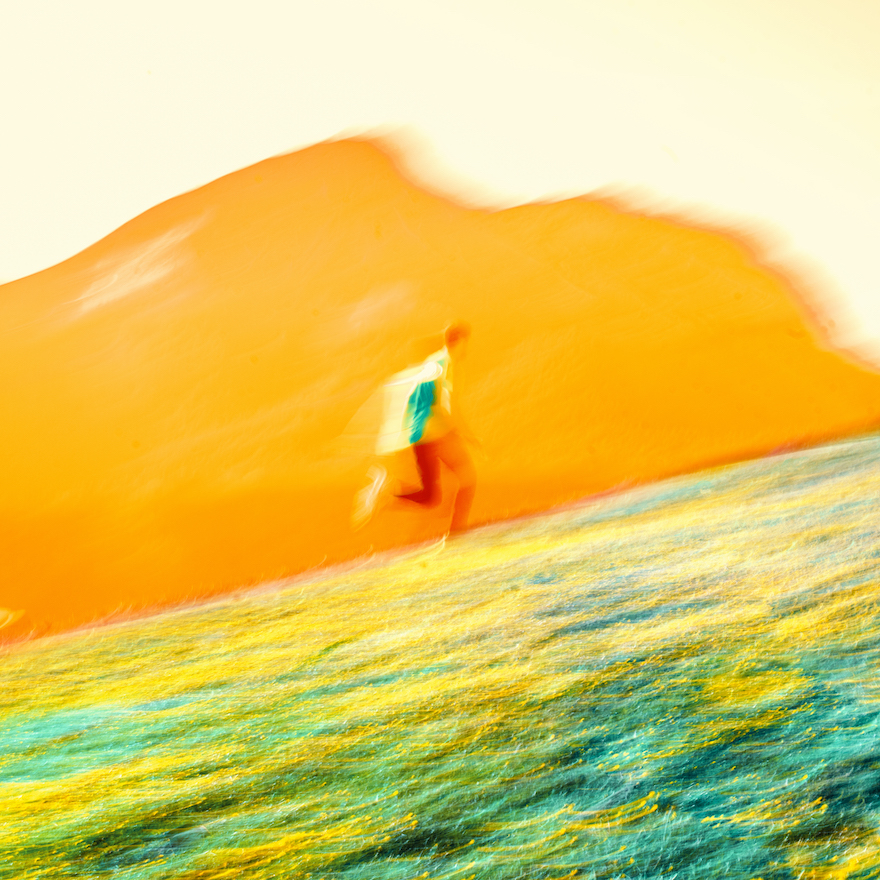 Join Manu Dia on his adventure into serene sonic landscapes in his ambitious new mini-album, Often Inside. Releasing April 8th on TOKiMONSTA’s Young Art Records, Often Inside is the story of the Spanish producer’s journey back into the world, using travel as his own form of creative metamorphosis following the challenges of the pandemic. The project represents the artist’s own “creative maturation,” with Manu Dia explaining that “finding a new creative process was at the core of the project when I started writing these songs. Isolation and loneliness completely reshaped the meaning of this album and my creative process.” The mini-album “mirrors life as I dealt with loss, love and loneliness—I tried to portray those feelings without really understanding them, just embracing them.”

Accompanied by visuals shot by creative director Valentin Folliet in his own Saint-Pierre-d’Albigny, in the Auvergne-Rhône-Alpes region of France, Often Inside is an emotional, meditative collection of moments crystallized during Manu Dia’s travels through France, Romania, and Spain. “Movement is a big part of this project; it reflects the phases Manu went through, both physically and mentally, over the past years,” Folliet shares. “The cover was created around the idea [of] finding peace: Manu, englobed in the vastness of nature, moving forward [in] a hopeful and very colorful scene.”

Manu Dia displays a warm sense of lived-in intimacy in previous singles “Often Inside,” “Promise,” and “Tuesday Morning (feat. Lizzy Land)”. The opening song, “Still Here,” brims with anticipation, reflecting and releasing the buzzing energy the artist felt waiting for a train. Collaborations with Maiah Manser and Rush Davis showcase Manu Dia’s pop sensibilities, highlighting the producer’s versatility. His unique approach to production involves micro-sampling, a methodology that is applied to the guitar of “What Now” and the complex closer, “One Another”. Together, Often Inside forms a cohesive picture of an artist in transition, on an endless search for sound to uplift and inspire his own form of emotive dance music.

Inspired by his unique upbringing between a former ancient kingdom in Spain and the buzzing hub that is Brussels, Manu Dia makes music that tells a story through sounds. He describes his music as a blend of dancefloor-inspired euphoria and ephemeral feelings that draw inspiration from life itself. A visionary artist shaping his own path, Manu Dia is bringing a refreshing and necessary perspective to the culture of dance music.