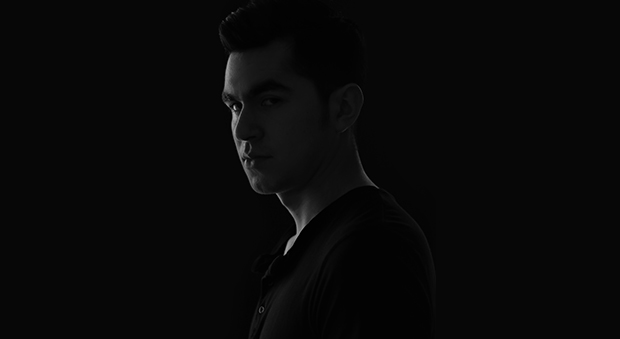 Tijuana’s finest artist, Soul Of Hex, has popped una cereza importante–with original music out on Dirt Crew; an EP for Jimspter’s Freerange Records and his 50th release on Delusions Of Grandeur, a two-part vinyl compilation; and playing Boiler Room–things are going extremely well.

Next month the young producer begins his indefinite exodus to one of the many Meccas of dance music — Berlin. There lies a nice Spring and Summer schedule of gigs; including Hamburg, London, Barcelona, Gran Canaria, Moscow, and of course, Berlin.

We’re always ecstatic to watch the rise of our friends in this ultra fast-paced, over-saturated music industry; it means there is something very special about them.

Interview with Soul Of Hex

How did you first get introduced to underground dance music? What inspired you to turn your fixation into a profession?
Hello there! Well first I started making chiptune (nintendo-ish) music on my laptop when I was 13… I used to make 8-bit covers of Daft Punk, New Order, and other artists I loved at the time. So, thanks to myspace and blogs, I discovered a lot of artists of that genre, and more. I was in a project called circa 2007 KRY-LON with my neighbor (Ricardo Mejía), which it was mostly inspired on the french house/electro sound of that era and people started to book us when were 15 (sometimes illegally) in clubs and festivals in Tijuana, Los Angeles, Mexicali, Mexico City, and more. So I think I’ve been in the underground dance music scene in general since I was very young. Eventually, my musical taste changed through the years, I started digging deep into House music, thanks to Motor City Drum Ensemble’s Raw Cuts and ‘’Pump Up the Volume’’ documentary… and after getting some knowledge I created the label Vicario Musique Recordings alongside 4004 and Damian of Wherehouse. It has always been a hobby, but right now I’m doing this full time as I successfully finished my university career on Communications almost 2 years ago. I’m always thinking about music all day long, and giving myself goals and planning my future. I really love it! Music helped me to get through the best and worst times of my life. And it will be there forever! So even if I go deaf I’m pretty sure I wouldn’t keep Dj’ing of course but I would continue composing music haha!

What has been the most exciting turning point of your career so far?
I have 2. When I played Boiler Room in Mexico City. And getting my music signed to Jimpster’s Freerange Records.

What is the scene like in Tijuana? How does where you live influence your music? If we were visiting your hometown, what clubs and/or parties would we want to check out? What about restaurants?
I think right now the electronic music scene in Tijuana is strong. I mean in general I really like the city. The food is great, I love the weather and people are very fun. So I’m always in a good mood. I think that reflects in my productions, I think my music is very happy haha! There are a few venues that held electronic music events like Wherehouse, La Mija, and Margaritas Village. I love playing at those three. But definitely everything changed after we founded Wherehouse, (now running full-time by my friend Damian) it’s the only club that hosts 100% house & techno events and going after hours. International & national talent coming every week, oh yes!

Hmm! There are a lot of good restaurants in Tijuana… I don’t even know where to start haha. I really like Kokopelli,  Humo, Izakaya, Villa Saverios, Tacos el Yaqui in Rosarito, the classic Corriente Cevicheria Nais and those ‘’nameless’’ 24/7 birria Tacos of the infamous Zona Norte of Tijuana, epic stuff.

What advice would you give to an aspiring producer trying to make their mark on the world? How much of it is being at the right place at the right time?
I would say: Get your homework done! I encourage you to work on the quality of your artistic output! Improve to the max your audio editing skills, music theory knowledge, composition, etc… if you think your music is good then try to send it to labels and if you get rejected… never surrender! Then do it yourself and put that music out. Don’t believe the hype. If you want to grow, give yourself some goals. Think BIG! Music is a business for sure, but do it because you really love it (but never for the money). And most of all… be patient. About being at the right place… sometimes you can be really lucky knowing someone, but I mean, we have the internet! Social media is a very powerful tool to get in touch with the right person. Music speaks by itself, when it’s good, it’s good. Simple as that.

What’s on the horizon for Soul Of Hex in 2016 and beyond?
I’m putting out a track called ‘’Jynmu’’ for the 20 years of Freerange Records Compilation alongside dope artists like KiNK, Detroit Swindle, Kuniyuki and Jimpster of course! ‘’Body Shine (to Lawrence Philpot)’’ a disco cut dedicated to the Paradise Garage pioneer on Quintessentials 50th release (Session Victim & Ponty Mython also in the release). ‘’Mindeasy EP’’ on FACES Records where I showcase my bass slap skills haha… and the next VA’s ‘’Straight from the Wherehouse vol.2 & vol.3’’ with Roman Rauch, Moony Me, NY*AK & Mark Hand, Loz Goddard, Harry Wolfman, 4004, Guy Dee on my label Vicario. And… currently working on my album. I just announced ‘’The Eye Tour’’ where I’m playing Washington DC with Sticky Fingers,  Wherehouse Anniversary with Nina Kraviz, MANANA Festival in Santiago de Cuba, PAL Hamburg, Prince Charles in Berlin, Barcelona, Dewars Powerhouse in Moscow, Shake with SAFT in Gran Canaria, 20 Years of Freerange in London plus Leicester with the City Fly crew and a Vicario LTD showcase in St Petersburg just added.

Dream gig…
Ahhh would love to play at Panorama Bar in Berlin… Dekmantel festival in Amsterdam… hehe would love to have the chance.

Tell us about your mix…
I play 2 new Soul Of Hex tunes, new stuff from Leatherette on Ninja Tune, Leon Vynehall, 20 below repress on MCDE.  And some cool stuff from the crates… I hope you guys enjoy.