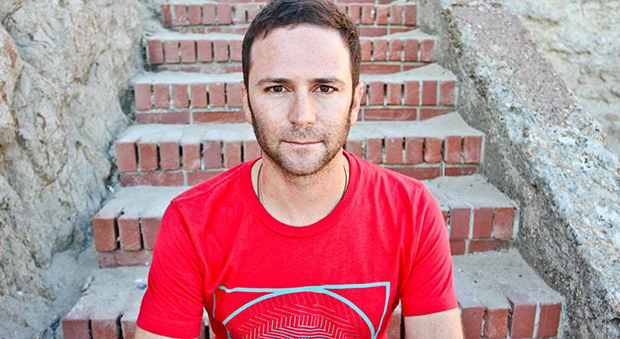 Galen is one of those DJs whose name you frequently hear accompanied by some kind of praising phrase. When we finally met him in person several years ago, we found that he manages to live up to all the talk. All we can say is that what was told to us about Galen and what we actually witnessed were pretty much the same. Galen has created quite a name for himself, attributed to both his DJ skills and his ability to throw arguably one of the best parties in the country. Since 1994, Galen, Solar and J-Bird of San Francisco, have been throwing a party called Sunset Sound System, and it’s grown considerably since its humble beginnings. It’s not common to see something like a party brand live out its existence for over 20 years and be as strong or stronger now than its ever been. Impressive is an understatement.

There is much that can be said about a party like Sunset Sound System and a guy like Galen. We figured we’d ask him to make a mix for us and answer some questions to help us narrow down something that’s easy to digest. It’s not exactly an easy task to summarize a man and a party that have been leading the way for over 20 years. We’re gonna give it a try though. Go ahead and press play on the mix and stroll through this interview with the legendary Galen to get a little glimpse into his life.

Where are you from originally?
Well, let’s see here. I was born on the Navajo Reservation in New Mexico as my dad was stationed there as a doctor in the Public Health Service. But my parents moved to Mill Valley (just over the Golden Gate Bridge) when I was 3, which is where I grew up before moving into San Francisco when I was 20.

Tell me a little bit about yourself growing up? What was your family life like? Did it revolve around music or was music something you discovered yourself?
At this point I feel like I have had two different lives. I grew up becoming a very serious athlete. I was on a swimming scholarship at the University of Arizona when I started realizing this dedicated life was not for me. The decision to move on was the hardest one I’d ever made and felt like I lost my whole identity. There was a fair amount of pressure from my family to pursue an athletic career even though I had dabbled in music through most of my schooling. A few months before I quit the team, a good friend introduced to me to the rave scene and house music.  I could not get the music out of my head. It all seemed so freeing from the perspective of a very structured life. So I dove into the underground music scene, which caused a fair amount of strife in my family. But we’ve grown from that now as they realized this new passion was going to consume me for some time.

What is Sunset Sound System? When did it start? What was the motivation behind its inception?
Sunset Sound System is a dj collective consisting of Myself, Solar, & J-Bird. We evolved from throwing weekly free parties in various parks and beaches around the SF Bay to now producing various events consisting of boat parties, one day festival picnics, a weekend festival called the Sunset Campout, and parties in various international locations. It all started on the Spring Equinox in 1994 when I maxed out my credit card and took out a loan to buy a sound system so I could dj outdoors on Sundays with my friends. When I first started, it was hard to break into the scene as a new dj so I took matters into my own hands by creating a party I believed in to connect people while also being able to play records outdoors.

What got you started throwing events? As a DJ, it’s not easy to produce and event and think about DJing it too. Do you find that you prefer playing the role of the event producer or the DJ more?
Very basically, I started throwing Sunset Parties just so I could dj more and have a cool place to hang with friends after a long weekend out and about. It started so simply and grew and grew and then it became harder to focus on DJing. I do struggle with the dual role of being a promoter/dj. I love the down to earth, no judgement, no ego atmosphere we created at Sunset parties and sometimes I wish I could attend one and even dj through the eyes of the participant. But even with half my brain focusing on the party and the other half on the music it, has provided the most fun place for music I have ever experience anywhere in the world.

How would you say the music scene has changed over the passing years? Have the crowds changed much? If so, how?
At this point I have seen many phases of the electronic music scene, but with the rise of EDM into popular culture, there seems to be more changes in the last few years than the previous 15.  There was a point I thought it was all going to phase out from being a fad, but to see this evolution is astounding. I think it’s amazing and ridiculous at the same time. I love that more people are enjoying dance music but with that comes the trappings of many more people getting involved for reasons other than the music. Crowds are always evolving and there is some great energy out there. The whole scene is expanding and I find comfort knowing there will always be room for the underground sound.

What are some of your favorite moments DJing and throwing parties?
I’ve had many magical moments djing either at Sunset Parties, Burning Man, and elsewhere around the world. But my favorite moment is just to dj outside whether it’s just a few friends hanging out or to thousands of people in the desert. For throwing parties, the magic happens when tons of hard work and visualizing comes together in real human connected energy. I feel honored that I have been involved in creating truly magical and uplifting moments for people.

Who are some of your biggest influences music wise and party wise?
Well, I have to say I’m pretty discerning on where and how I’m influenced. I love many many DJs for certain aspects of their DJing.  But, here’s a couple I’ve thought about recently:  Gerd Janson, for his ability to play so many styles of music in one set without losing any continuity & Robag Wruhme, for his technical ability to mix so intricately and seamlessly, while incorporating effects where he seemingly creates new tracks on the fly. For parties, I just resonate with events that are focused on connecting people with the music at the forefront. I have really enjoyed working with the Garden Festival in Croatia and had a great time DJing at the Desert Hearts Spring Festival this year. They seem to have a good foundation with community and music.

Tell us a little bit about your mix?
When I DJ at home, I always play my more moody records compared to many of my live sets where I like to have a bit more energy for the dance floor. I went into it with no real plan but just started DJing with the recorder on and a pile of some of my more favorite tracks right now.  I always love to create complex rhythm and bass combinations so combine that with the acid disco vibe I’m feeling these days and voila! here it is…

What events do you have coming up that you would like people to know about?
We are coming into our core season. The Spring Boat Party is about to go down, then we are doing a Sunset Sound System Beach Party in Costa Rica with the Mi Casa Es Su Casa Crew. Then it’s our 7th Annual Sunset Island on Treasure Island overlooking the San Francisco Bay. That is our 1 day picnic festival that emulates the view of early Sunset Parties from Berkeley Marina.