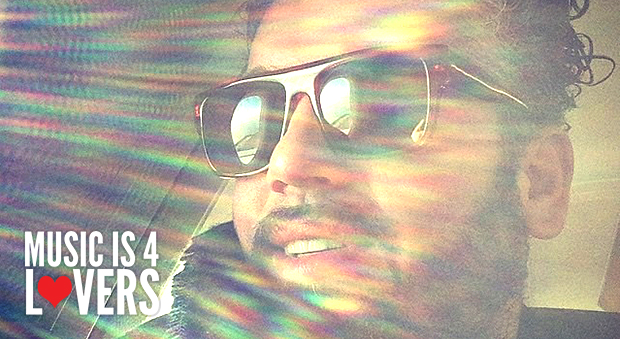 Belgium’s finest ambassador of the deep — Igor Vicente — has been on a tear in recent years releasing house music on many of today’s top tier labels; such as Mobilee, Hot Creations, Get Physical, and My Favorite Robot. As former member of duo Ultrasone (R.I.P.), Igor has set out on a solo mission to take over the industry!

Besides producing jam after jam for the upper echelon of deep house, Igor produces his own staple dance party — State Of Flow — which is going into its second year at Fuse nightclub in Brussels. This February 14th you can catch Visionquest honcho Shaun Reeves destroying the State Of Flow dance floor — MORE INFO.

The young success of State Of Flow has led Igor to launch a subsequent vinyl only record label — State Of Flow Records. The first release — LYE – No Subtitute EP — coming out soon.

Another noteworthy member of our Lovecast roster! Enjoy Igor Vicente’s mix and interview below.

* Click HERE if you do not see a SoundCloud link

How does your love for throwback disco and RnB influence your taste in music today?

I still love Disco & RnB and listen to it a lot. It was my first approach to DJing when I started playing in bars and parties back in the day. Later I discovered clubs, House and Techno and the transition was inevitable. I listen to many different genres of music in general; I guess it helps to stay eclectic.

You own and run State Of Flow. Can you tell us more about this?

State Of Flow is my resident party at Fuse. Now in our second year there and the next party will happen on Valentine’s Day. I’m proud to have Shaun Reeves and Portable aka Bodycode playing with us.

As well as the event in February, I also launch State of Flow into a new direction becoming a vinyl label. This is State of Flow’s first vinyl release which is set to be a super fresh and very promising project by the Frenchies Loquace, Yamen & Eda aka « LYE ». I’m really excited, as it’s been over 10 years since I’ve wanted to launch my own label, so I guess the time is now. A friend once told me that ‘It’s better that things like this happen when you are ready’ – The philosophy is good and the future names planned to be released are talented new and old producers, so I’m really ecstatic for what is to come.

We hear you have a release coming out in February? Any insider information?

Yes, I have my second EP release on Mobilee Records coming out next month with my friends DkA and brother Patsy on the vocals. It’s a two track EP, how the idea came about I will never explain, it’s creepy and imaginary but it’s originally from a joke that we made with a lot of fun involved. I played it several times and the reaction was great so we decided to release it. One is more big room and the second more melodic; I guess they fit with each other.

You’ve released music on a slew of top tier house and techno labels – Visionquest, Hot Creations, Mobilee, & Get Physical – what’s does 2015 hold for you? What advice would you give to an aspiring producer when it comes to pitching your music to labels?

2015 is looking great, add to the Mobilee Ep, I’ve just released a remix for Uner on Supernature, an other remix for Alejandro Vivanco is set to be released at the end of this month on SoundArchitecture, a remix for Michael L Penman on Decay Records is ready too and a last one for Jules & Moss on Acumen’s new label project. March will see an EP release on Get Physical again with DkA and I’m actually busy with two others, one for Supernature and one for Visionquest.

I guess it’s always better to have a connection with the label guys compared to an email. It’s better to know with who you’re working with and for sure an important point is to understand the label’s philosophy, what they release and if your track will fit in with it. I don’t produce for labels though; first thing is to be original so I do the tracks and then I see where I can fit in and propose to the labels.

What are some advantages of a solo career versus a duo?

I guess first the logistical side, the bookings requests are better as when you are a young duo concept, promoters are not so easy too convince because they have to book 2 flights, 2 rooms, 2 dinners for only one name on the flyer.

Then the creative side there’s two part the studio and the show, those two seems to be connected in a way but are also different and personally I’m first a solo dj,I love when I’m playing to follow my way and to find this groove that I feel when everything matches. It’s maybe egoist but it’s an important reason for why I love playing so much and so long set. I like to build my own story and to go from A to Z in way that makes me different. All DJ’s have their own way to express themselves, next to this there is improvised b2b but it’s about the moment on your own and not like an “obligation b2b”.

What upcoming gigs are you most excited about?

First up is my next party at Fuse with Shaun Reeves, Portable aka Bodycode live and Massi.  After that a Mobilee showcase at Watergate followed by my first gig at Egg London which is what I’m most excited about.

This mix was recorded live at Nordstern, I love this club, the sound system is huge so I know I can really go deeper compared to other venues. I’ve done a lot of studio podcasts lately and I wanted to make something more ‘real’. Hope musicis4lovers enjoys it as much as I enjoyed my night there.

Really into Jameson at the moment but I plan to switch to tequila or vodka again for the summer.