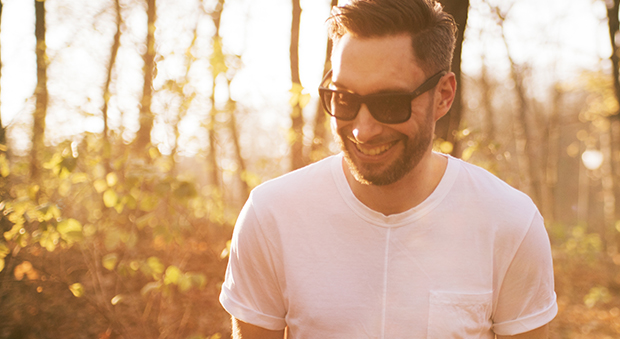 Berlin artist Dilby has been rising through the ranks.

Originally from New Zealand, Dilby has harnessed the deep house and techno sound leading to releases on a variety of top labels; such as Mother Recordings, Bondage-Music, Toolroom, and Glasgow Underground.

One of Dilby’s latest tunes “Work Your Body” on Mother has been on heavy rotation over here in the MI4L camp; which subsequently led to this Lovecast episode from the talented producer. Enjoy!

How did you first get introduced to underground dance music?
My first experiences with electronic music was in the 90’s at these big outdoor rave festivals that happened close to the town where I grew up. I wasn’t into the music at the time but it was my entry point and the parties were always amazing!

What is the most challenging part of becoming a full-time producer and touring artist?
I think the hardest thing is the point at which you decide to let go of the safety net of the mainstream 9-5 lifestyle. There is a lot of uncertainty, and I guess that continues on but you learn to live with it after a while.

What has been the most exciting turning point of your career so far?
It would have to be moving to Berlin as that is when I started working full-time as a DJ and producer. I’m from New Zealand, and it is a beautiful country which I love very much, but it’s small and in the middle of nowhere which makes it pretty hard to live from music. I have a lot of respect for anyone who can make it work there and also have to give a big shout out to the promoters who push to keep the underground scene rocking!

Where is your home base? If someone were visiting there for the first time, what clubs and/or parties and/or restaurants would they want to check out?
I currently reside in Berlin. If you come to Berlin, I recommend going and checking out a bunch of different clubs. The entry is cheap compared to other cities and there are a lot of cool places to discover aside from the super famous clubs. Resident Advisor is a great way to see what’s happening on any given night and you will be blown away by the amount of talent on offer. If you want to get a bit of fine dining done between raves then you have to check out the homies at Panama. If you’re hungover and need comfort food; Big Stuff Smoked BBQ, Zola Pizza or Lon Men’s Noodle House are where you need to be.

What advice would you give to an aspiring producer?
Finish tracks! You can always make another track, so everything you do doesn’t have to be a masterpiece. Just FINISH IT, and move on to the next idea.

What’s on the horizon for Dilby in 2017?
I have new EP’s coming on Bondage Music and Mother Recordings. We’re also working on a five year anniversary project with Mother Recordings which is going to include a tour and a very special compilation release. I have lots of other things coming up all the time so stay tuned to my socials to keep up to date with gigs and releases.

Do you have any hobbies outside of music?
Skateboarding, Snowboarding and Surfing have been a huge part of my life since I was a kid but I don’t get to do them as often as I would like these days. I love cooking and going out to eat great food. I also have pretty decent collections of sneakers and mens fragrances/colognes.

What are some touristy things you do while playing in a foreign city?
My favorite thing to do in any city is to go and check out some local cuisine. Ideally something authentic and off the beaten path that only locals know about.

Dream gig…
Hmm, this is a hard one. I don’t have a specific club or event that I aspire to play at. The most important things for me is a great sound system and an up-for-it crowd!

Name one of your go-to tracks…
Mark Fanciulli – The Tide (Joris Voorn Edit) on Rejected from 2011 still does the damage every time I play it.

Tell us about your mix…
I think it’s pretty representative of what I’m into musically. A pretty varied cross section of house and tech house that, for me at least, is emotive and captivating. This could be described as a condensed version of what I play if I am doing an extended set (four hours or more).