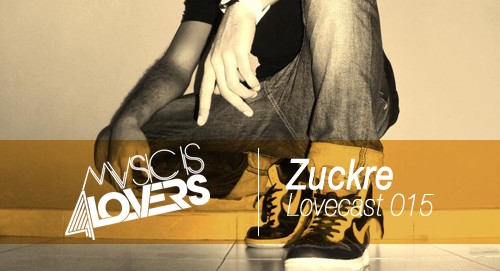 Luis Alejandro Rodriguez Marín A.K.A. Zuckre was born in Nueva Esparta, Venezuela, but moved to the beautiful city of Playa del Carmen, Mexico when he was only 10 years old.  At the age of 12 his relationship with dance music started off as a hobby but has become a healthy obsession in his life over the last 9 years. Shortly after putting his hands on the decks for the first time, he began developing prodigious skills which one can appreciate every single time he´s put in charge of creating his well known domain over the crowd.

Future whispers a bright scenery for this dedicated youngster having the tools to get right to the top and the music to back it all up.

Hey guys, it’s a pleasure to be here for you, thanks.
I’m From The State Of Nueva Esparta, Venezuela and now I live in Playa Del Carmen, Mexico since 12 years ago. I Can say now that I’m more Mexican than a taco hahaha

Well, I have to say that from an early age music has been in my life, my dad used to play with his turntables and the vinyls he had in our house, I think that is why I love music so much. I grew up with all kind of music around me it never has been only electronic music, you know I’m from a Latin country and we have lot’s of tropical sounds on our music. I think my dad has influenced a lot on what I’m today.

Being producer was never in my mind until about four years ago, when I started producing I have to say that after so many years in the environment and quite young in clubs I realized this was my passion and I wanted to take the next step , which was to start making my own music based on my own taste and style. In early 2012 I joined forces with Nick Safado creating “The Wize Guys” that also has been going preety good and is amazing how good we understand eachother making our music because is hard to do it when he lives in Belgium and I live here in Playa Del Carmen but i think it works really good we have similar taste for good music. I’ve always been persevering and in the last year some of the things that were on my wish list are already accomplished. not easy to do this professionally but when you trust in what you do you can always make your dreams come true.

Well, I think it’s a good moment for Playa Del Carmen in my opinion, There are some new talented djs/producers. Here in Playa Del Carmen the underground electronic scene has been growing a lot, specially when the famous BPM Festival started since 6 years ago. but I think it always has been a really nice underground electronic scene here but now is much stronger, i think Playa Del Carmen can be the next Ibiza in few years if it continuous like this.
How important is where one lives for a career in music production?
No matter where you live, I think if you work hard on what you do it really doesn’t matter where you are! the technology now allows you to share music really fast and get to known really fast, I think that today the important thing is to know and be influenced by others always keeping your particular sound and own style.

How do you feel about the strong Mexican presence in our scene, and what do you think it is about Mexico which creates such great artists?

I can say that I’m really happy how the mexican presence has been growing a lot out of Mexico, that there is so many great artists now in Mexico and their always has been there in the underground scene but I think that in the last few years it has been big for lot of artist like Climbers, Nobody Knows, Miguel Puente, Robbie Akbal, Damian Uzabiaga, Balcazar & Sordo, just to mention some of them, andIi think what creates such great artist in Mexico is that we put a lot of passion for what we do.

I love to collaborate with other producers always I love what I do and I’m always open to work with others, what can i say im also 1/2 of The Wize Guys and all started with a collaboration with Nick Safado then we decide to create our project “The Wize Guys”.

You always have to be persistent, leave your ego behind and always keep your original style, and creating new sounds that leave your mark on the people.

Wow, hard to answer this question, there’s lot of tracks that has been in my life, but I can say this is one of them, Phonique feat. Die Elfen – The Red Dress (Tiefschwarz Remix) this is one of the tracks that change my life, I used to play this a lot with my brother from another mother, Santiago Botana, in his house with the turntables in from on the beach here in Akumal, a small town here in the Riviera Maya.

Well this early 2013 i have some release coming out…  “Zuckre – You Better Watch Out (Original Mix)” (Straight Music) this one will be release in V.A. soon.  “Zuckre – You Have Too Many Endings (Original Mix)” that is the first track of my EP coming on Cream Coutures Records.  I also have stuff coming on my project with Nick Safado “The Wize Guys” on Straight Music, Union Jack, Zoo:Technique and more, so stay tuned that more stuff will come out soon.

Is hard to put all the stuff I like in 1 hour but I try to get my favorite at the moment in my lovecast you will hear some of my tracks and The Wize Guys stuff on it so I hope you’ll enjoy it!