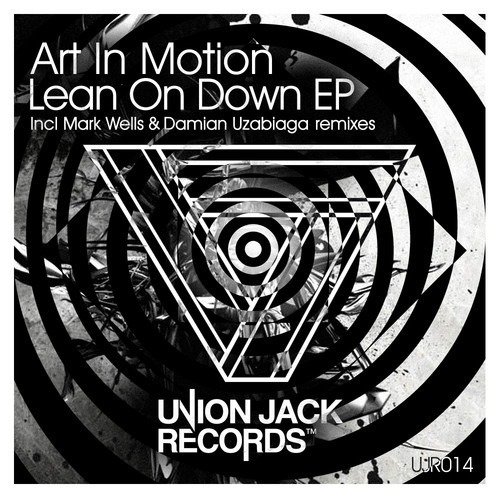 [Release] Union Jack Records, a UK & Mexican based label that was one of our favorite finds last year, has been blowing up in the last couple months with some hard hitting releases, and this latest from Art In Motion is no exception. Established in early 2010, Union Jack Records’ passion for the deeper, funkier & groovier side of electronic dance music have been successfully winning a place in every listener’s heart. Bringing together artists from different styles, each release showcase great ideas & add to the sonic imprint that is now associated with ‘Union Jack Records’. Even with a niche sound, the label constantly goes from strength to strength with every release gaining support from the finest in the industry.

Brazilian based Vicente Amadeo, better known as ‘Art In Motion’, is back on Union Jack with a funkin’ jackin’ EP titled ‘Lean Down On Me’. Having launched his debut productions on NYC-based imprint Stranjjur and Berlin-based Mother recordings, Art In Motion has made an instant impact worldwide with his productions over a short time span, earning him a status of ‘In Demand’. We’re lucky to present you Art In Motion’s latest offering.

Swirling delayed riffs and a smooth funk bassline sets off the title track ‘Lean On Me’. Laid back ‘herbed’ vocals & resonant chord stabs continue making their appearance and aid the groove towards the breakdown, which picks the momentum & euphoria right back up only to finish with an epic conclusion. The first out of two remixers for ‘Lean On Me’ comes from Mark Wells, a Purp & Soul regular. He takes on a more dubbier & deeper route giving the vocal snippet more of a presence, yet with a groove that will guarantee to move you. The second interpretation comes from Mexico’s – Damian Uzabiaga, giving the original a tougher & more hypnotic workout.

Accompanying the title track for this EP are two more tracks from Art In Motion. ‘Feeling Something’ expresses Vicente’s more ‘free’ spirit with its extravagant vocals and fresh, yet raw synth work laced on top of a bouncy drum-line. ‘AninoMate’, on the other hand, showcases a darker ‘heads down’ side with a carefully selected choice of mellow notes & patterns but oh so floor friendly. Overall, amazing work the artists involved and as always, a great release from Union Jack.