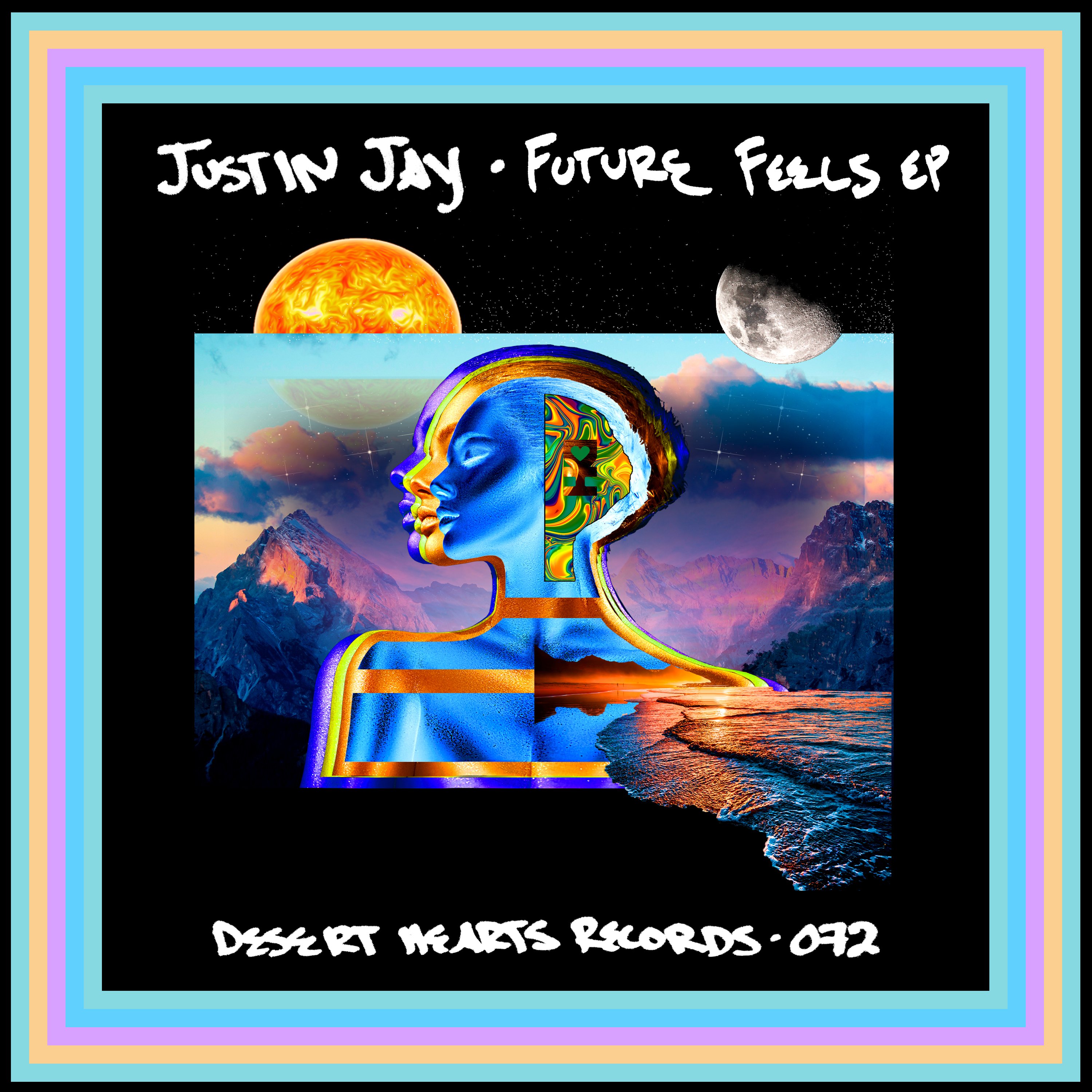 Justin Jay has just made his Desert Hearts debut with the release of his new EP Future Feels. The two-piece record is a vibrant representation of Jay’s playfulness and curiosity of futuristic soundscapes, which aligns perfectly with the dynamic energy of the Desert Hearts collective.

Both the title track and B-side, “Rave Tools,” take us through a trippy exploration of synths and groove-fueled backbeats. Chunky vocal samples and thick basslines send us into funkadelic chaos ideal for the dance floor.

While starting off his music career in his dorm room, the DJ and producer has since claimed his stake as a household name across North America and climbed the ranks in the DIRTYBIRD flock. Jay is currently celebrating the third anniversary of Fantastic Voyage with an extensive tour. Check out these tour dates to see if he’ll be performing near you.