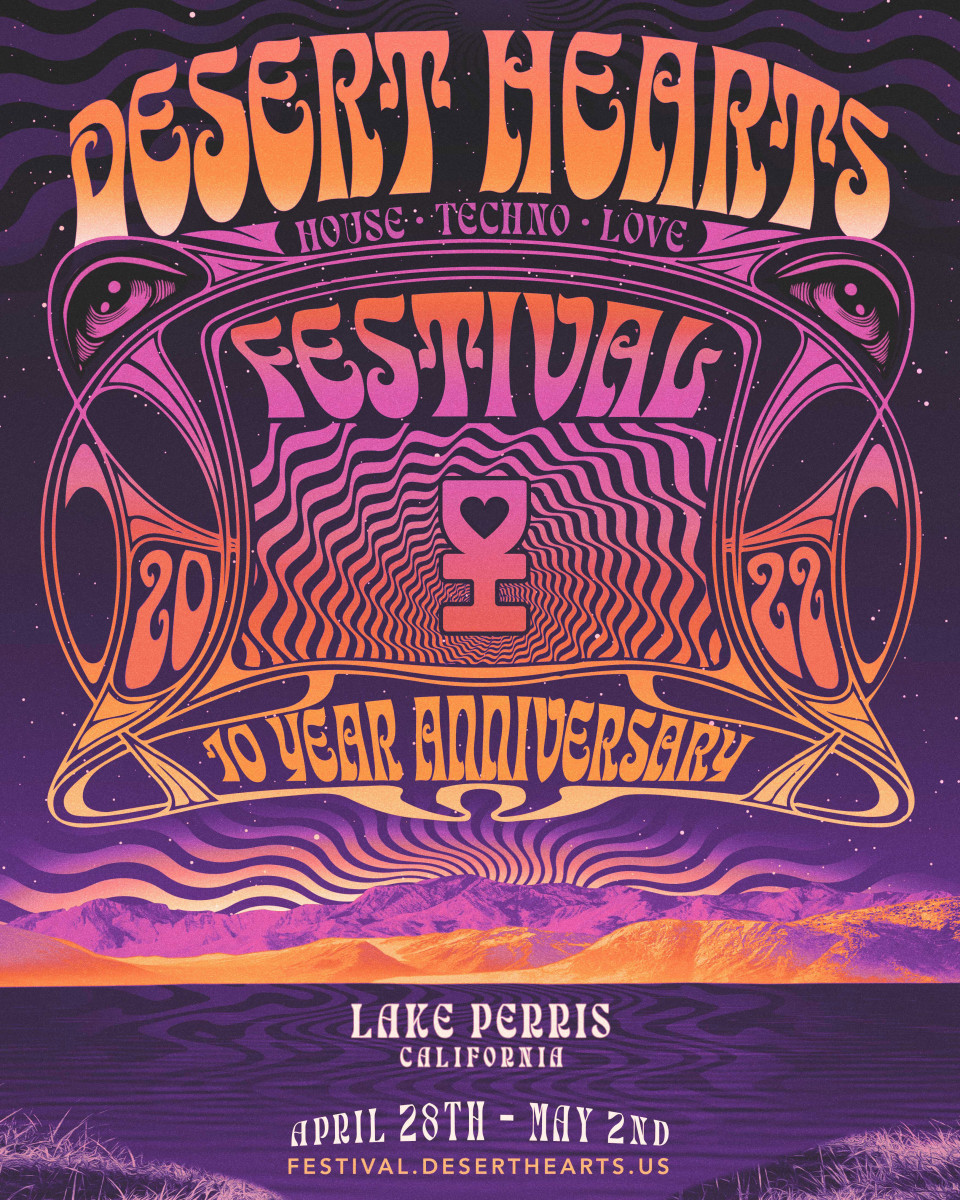 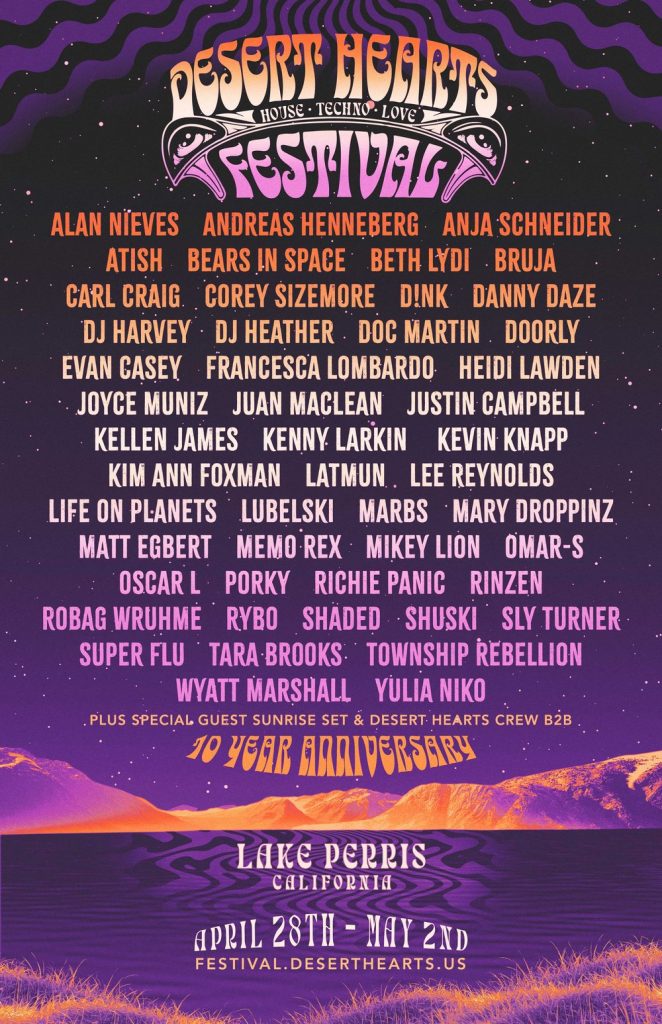 For ten years Desert Hearts has captured the spirit of a movement – defining what it means to be a DIY party crew while fostering a love-swept global community. From the Mojave Desert to premiere clubbing destinations around the world, onwards to the living rooms of their devout followers via DHtv in lockdown, Mikey Lion, Lee Reynolds, Marbs and Porky never imagined just how far their creation would take them and their growing family, all on the back of House, Techno & Love.

Through it all, Desert Hearts Festival has remained the beating heart of the movement, a portal into a utopian world crafted as much by the participants as the organizers. Today the DH crew has announced the lineup for its ten year anniversary at its new and improved venue, Lake Perris, California on April 28-May 2, 2022.

For its biggest event to date, the DH crew is recruiting its most wide reaching and eclectic lineup of all time. Leading the billing will be Detroit legend and Planet E boss Carl Craig, a creative visionary who has brought the Motor City sound to the world. Carl is joined by fellow Detroit icons, FXHE Records founder Omar-S alongside the soulful Kenny Larkin.

Daytime house and disco will be on full display beachside at Lake Perris this year. DJ Harvey, dubbed the “the Keith Richards of dance music” by Rolling Stone Magazine, will join Juan MacLean, who has served as both a NYC and international fixture for over 15 years. Also featured: Firehouse Recordings’ Kim Ann Foxman, a Hawaii born artist and DJ who shot to fame as a vocalist before garnering worldwide acclaim as a selector, Brooklyn born Chicagoan DJ Heather, and pillar of West Coast rave Doc Martin.

As to be expected, DH regulars will be heavily present at the festival. Behind recent releases on Desert Hearts Records, fans will experience DH family sets from Kevin Knapp, Lubelski, RYBO, Andreas Henneberg, Evan Casey and the omni-talented Beth Lydi, whose acclaim has reached clubs and ears as far as Oslo, Berlin, Amsterdam, Rio De Janeiro, and Copenhagen.

Scouted for the ability to allow the Desert Hearts Family and culture to thrive 24 hours a day, Lake Perris, California will offer a nonstop space for the event’s renowned vibe and forward-thinking music. Nestled in Southern California, less than two hours from Los Angeles and San Diego, Lake Perris offers an open canvas with more amenities than ever before – including premium campsites, bathrooms with showers, and an endless grass dance floor beneath snow-capped mountains adjacent to a beach and lake for swimming access during the daytime festivities.

The Desert Hearts community will of course be sad to let Los Coyotes Indian Reservation go as its prodigal home, but the magical memories made in this sacred space will forever fuel the feeling of the movement.

Any and all questions about rolled over ticketing and refunds can be directed to contact box@deserthearts.us.

We Are All Desert Hearts