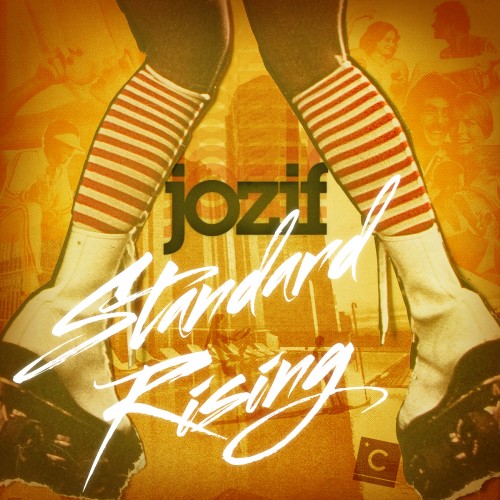 [Release] 2012 has been the year of Culprit. From Matt Tolfrey and Lazaro Casanova‘s “LAX,” Ahmet Sisman’s “Dance With the White Rabbit,” and of course two massive releases from Mexicali duo Climbers, “The Law of Attraction” and most recently, their “2 Come Back” EP, the Los Angeles based label had a hot streak the first half of the year. Now, to kick off the post-summer releases, they bring us the latest offering from London based producer, jozif. Standard Rising is a slight shift in the paradigm of dance music, a subtle move that still relies on the standard of heavy disco influence while delving into a more jazz-based sound. Whether this is a one time experiment or a glimpse into future sounds is yet to be seen but, either way, jozif delivers a record full of fun, danceable beats and feel good vibes.

The EP kicks off with title track “Standard Rising,” a song destined to be used to segue from openers to main acts. 70’s funk guitars grace the track while a low, chunky bass line and higher-end synth go back and forth, complimenting each other in a sort of musical conversation.

“Guitar Player,” the second track on the record gets a little more jazzy, utilizing several different guitar styles to fill up the song.  From a funky, looped chord to a bass line that plays well with the guitar, you can almost smell the smoke and liquor in a speakeasy as people groove on the dance floor.

The final track on the record is the one that truly stands out. Getting it’s name from jazz legend and Motown in-house drummer, Benny Benjamin is hip and cool personified through sound. Jazz style drums move the track along nicely while vocals intercede during the breaks to explain Benjamin’s drum style. But while the influence may be old, the school is definitely nu. Spacey, spread out synths open up the track, allowing the drums to really stand out and breath.

Parisian Djebali comes through for the Benjamin remix. With his signature deep, smooth sound, he gives the track more of a lounge feel. Organ style synths and reverbing vocals also give the song a dreamlike sensation, drawing you into the the sounds.

A welcome break from records that start to blend together and sound the same, jozif’s Benny Benjamin shows what a producer, and people in general, can accomplish when they’re not scared to step out of the box.