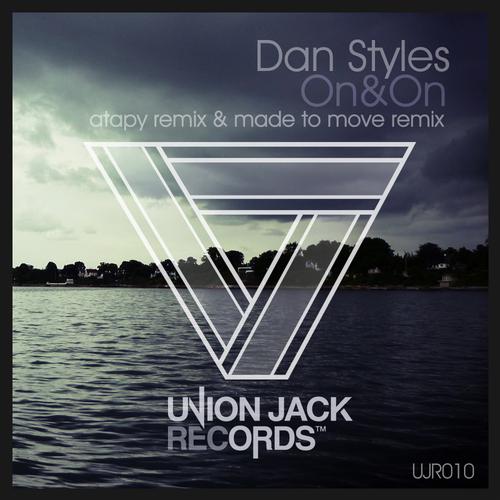 [New Release]  Uni0n Jack Records are back and at it again with their latest release produced by the ever talented Dan Styles.  Already making waves in the world of house music, Union Jack have been on a trend as of  late releasing harder and heavier music.  On & On EP is a great example of where this music is headed and this release is simply a stunner.  In addition, we get two wonderful remixes provided by Atapy and Made To Move which make this record perfectly undiminished.

The title track ‘On & On’ is a charmingly haunting jam with quirky vocals, tight  melody, and a funky bass line that makes this jam fathomless.  Atapy adds his own touch to the title track, by sprucing up the bass line and giving it more bounce along with a futuristic innovative melody.  Made to Move add their own signature touch with their stripped down gangsta house remix.  The final track off the EP ‘I Will Find You’ is an excellent finish to the album with its gloomy grooves and chopped feel.

Overall this is a great release for Union Jack Records and it definitely shows the talent and depth that their artists possess.   I always look forward to anything from Dan Styles and Union Jack are definitely moving their way up by releasing quality music such as this.