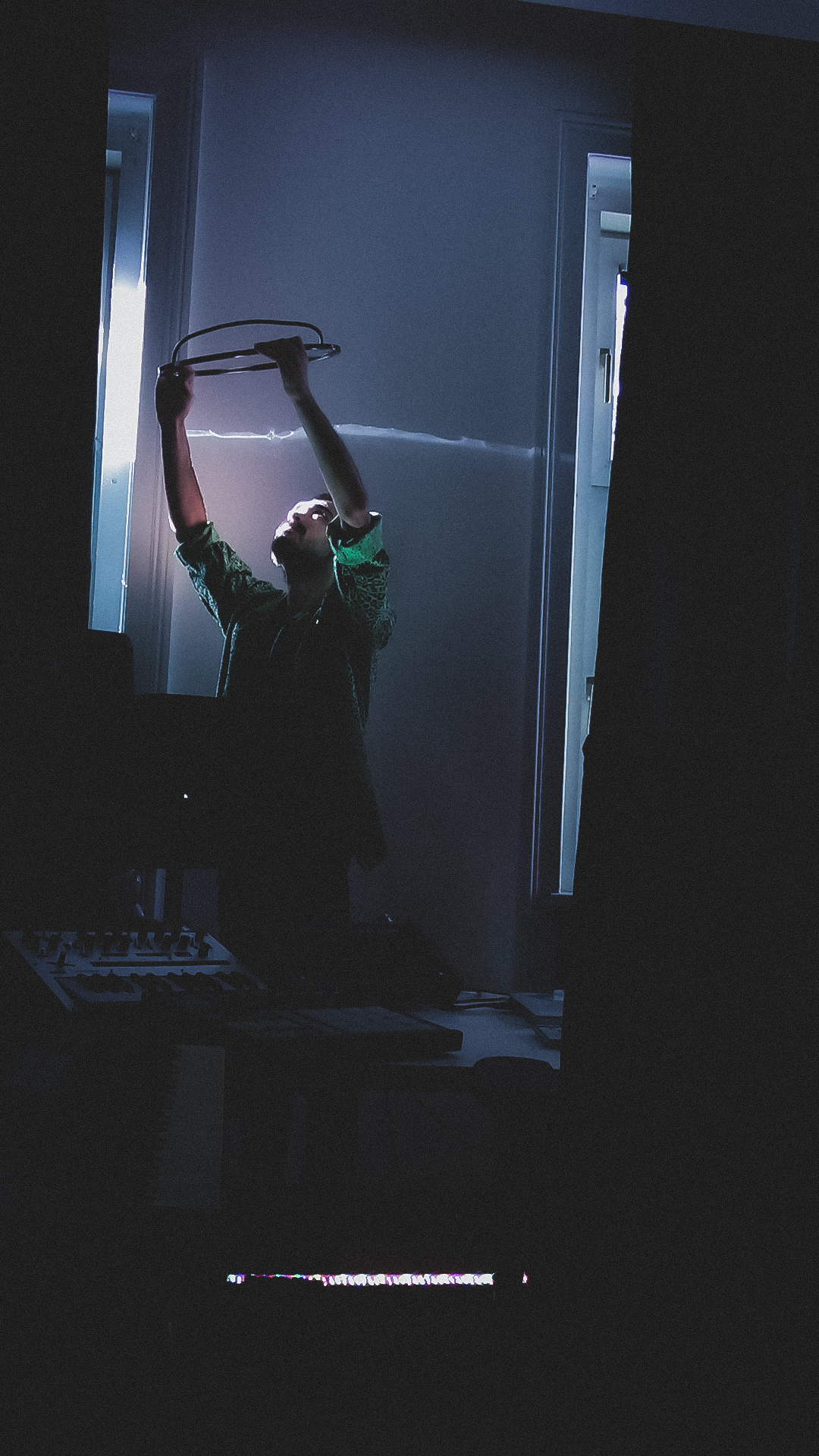 Austrian-based producer NIKKNAME is very much at the heart of the electronic scene in Vienna with several big releases on Ombra International, Traum Schallplatten and Mangali. We caught up with him to chat about his superb ‘Bankai’ EP on Freeride Millenium, his musical influences and more.

Hey Nick great to have you on Music is 4 Lovers! Where are you speaking to us from today?

Hey there, thanks for having me. I’m speaking from Vienna, Austria, where my home and studio base has been since 2017.

You were born in Athens and spent your childhood growing up between there and Cologne – two big hotspots for the electronic scene. Who were some of your biggest musical influences in your younger years?

After I finished my studies as a sound engineer in Athens and added a Bachelor on top of that in L.A, I went to Cologne to do my internship in a recording studio, and in 2017 I arrived in Vienna. All the cities have inspired me in different ways, I like to observe a lot and then translate it into music. The first time I came close to a DAW and started having contact with producing music was in 2009/2010, but seven years later, in Cologne, is where I believe I began getting deeper into music production. It is where I experimented the most and was trying to understand what I wanted to do. Cologne has something that gave me inspiration and a different angle on how I was seeing things. Vienna on the other hand is still relatively new and fresh for me, there are so many things that I still have to discover. I can say for now that all the people I met here are polite and warm and the city has an enormous diversity of landscapes and music, which I am a huge fan of.

Finishing my trip advisor poem (laughing), I would say that my parents played a major role in how the music grew in me as a form of expression. Music was frequently present in the house in my early years, from Falco to Mozart, from AC/DC to Dr.Alban, and from Police to Pink Floyd. Not only my dad was a great dad and a classical guitar player, but he also had and still has a passion for good-quality sound. And yes, of course, I was dancing to Michael Jackson in my room when I was 12. I still do sometimes (laughing).

Your new release ‘Bankai’ is superb and shows off your diverse sonic palatte. What was your approach when writing the album?

Thank you so much, I’m happy you like it. The inspiration for all three originals came after I finish watching an anime series called ”Bleach”.

I wanted to produce something to protest, dance, and have fun. The approach was simple, after jamming a lot in the studio I came up really fast with the first track.

‘’Bankai’’ cuts through all the hypocrisy and greediness like a sword. The rough bass line inspired me to go deeper into the track and the melody was just waiting in the corner of hope, so I picked it up and gave it some space. ‘’Ume’’ is a flower that symbolizes the beginning of spring in Japan and was the inspiration for hanami parties throughout Japanese history until the early part of the Heian era, it is how I interpret friendships and love. Coming together moving to the future and evolving. ‘’Onira Tasaki’’ meaning in Greek Onira=Dreams Tasaki=Ashtray is the epilogue of the whole, where the reflections start to happen, what could have gone better, all the sacrifices, and all the pain. It has a bittersweet taste, I like the contrast of it.

The drums were made with MFB-Tanzbär, it is my go-to analog drum synth since I got it, and with some tweaks here and there I made it sound almost like a 707.

Some Diva synths, a few analog synths, and it was ready to go. I started almost all the jams in Ableton and then transferred them to Cubase to finish the production.

I used a lot of DAWS in the past but nowadays I find myself more in Cubase.

As a sound engineering maestro – what was the most crucial part of the production process for the EP?

Cannot hide the fact that the maestro is kinda flattering but I am pretty sure I have a long way to go before I land on that scale. Having worked recently on a track of mine with a sound engineer maestro from Australia by the name Stav, I felt the gap. So, yeah, no maestro here, but thanks.

The most crucial part… “Bankai” and “Ume” went flawless, I guess “Onira Tasaki” was the one that made me a bit anxious because the vocoder was not sitting well so I had to process and record it again, and again and again.

The new record will be your third release on Freeride Millenium. What is your relationship with the label and in your opinion how important are artist/label relations?

It’s actually the fourth. Two remixes: “Mindemania” and “Strangers”, then I had “Seeing Morphs” on a compilation, and now “Bankai”. The relationship I have with the label goes way back to when Jorkes found me on Soundcloud 6 years ago after I released the “Egoist” EP on Mangali. In my opinion, the relationship between a label and an artist is more important than both of them think it is. It needs time to evolve to become something, to go somewhere. In that case, the Label should have patience and the Artist should have guts.

You are synonymous with contemporary disco, dark disco, and all of its components. Where do you see the genre going in the next decade?

Even though “Bankai” is dark disco, I don’t see myself belonging to a specific genre, since I like to experiment with different components and have unreleased tracks from almost every category of EDM and EBM. I cannot say where this genre is heading in the next decade, and not knowing fascinates me. What I can say for certain is that it fits the now.

You also co-host the Freeride Millenium radio show on Blast. What has been your favourite part of this experience?

Hosting a radio show nowadays is helpful to bring your taste and vision to the world. It is always a nice experience to share what you like with others.

Do you see yourself as more of a DJ or producer?

I see myself more as a producer but I love to play music as well. It really makes me happy and fulfilled when I can make someone dance and have an experience on a dance floor. There is this instant reaction you can capture, the pista never lies. I think production goes hand to hand with DJ because only there you can understand what works and what doesn’t work. Of course, you have different dance floors, but the vibe you get in a club is superior to a studio.

Any exciting new talent that has caught your eye recently?

NIKKNAME ‘Bankai’ is out now on Freeride Millenium. 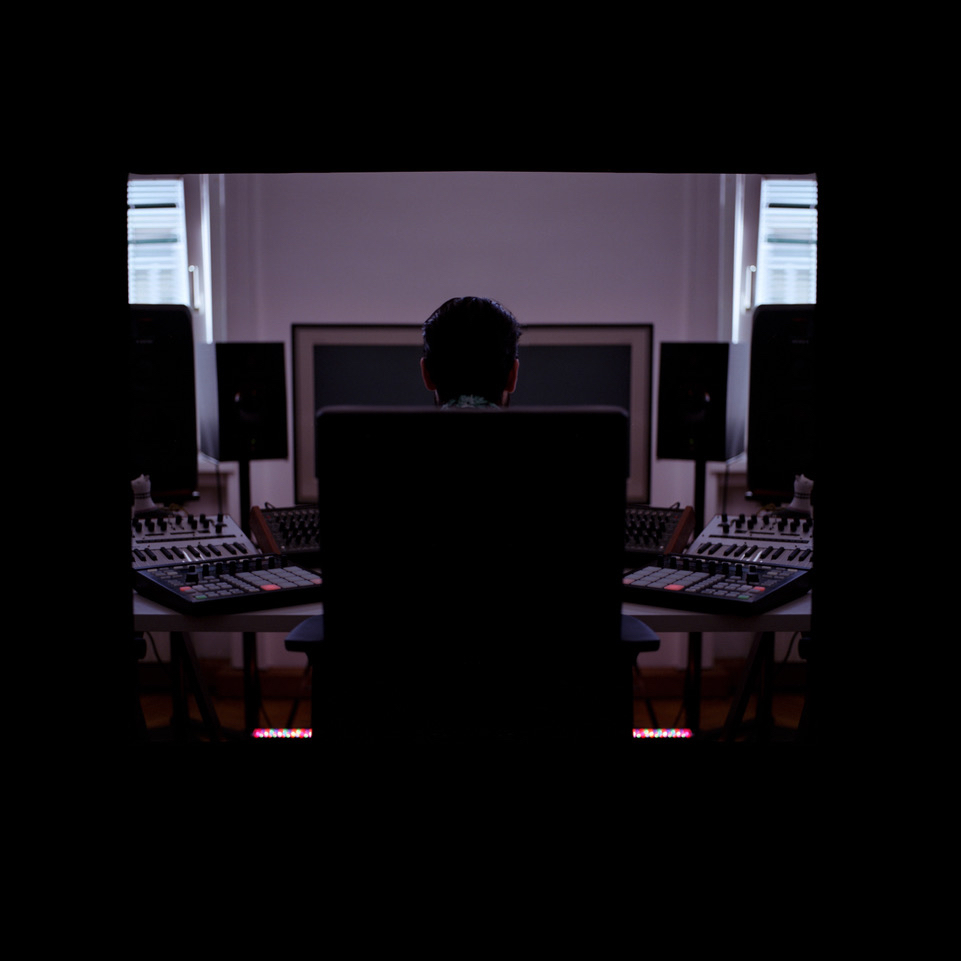