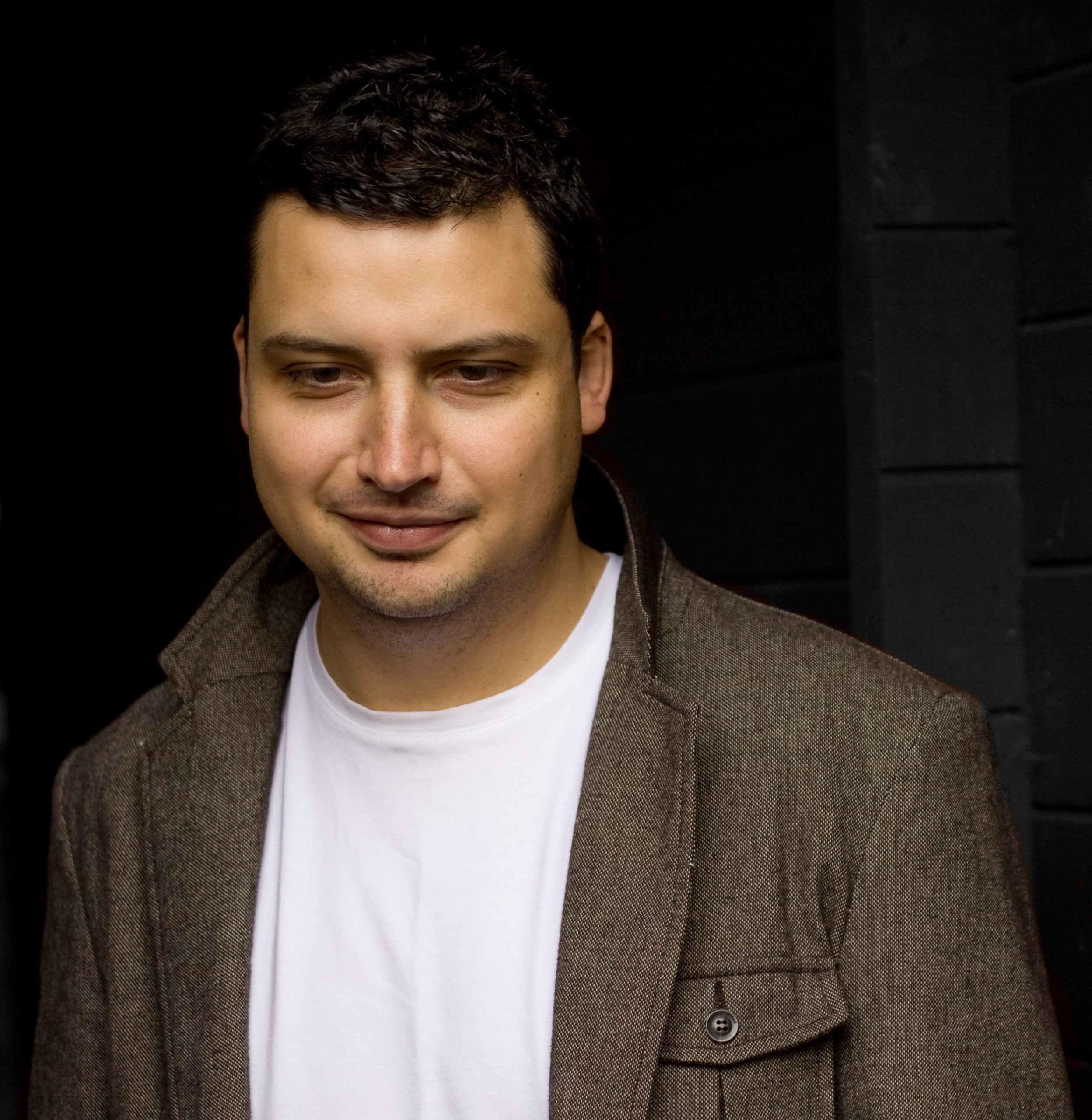 INTERVIEW — Getting In Sync With Milton Jackson [MI4L.com]

It’s been 15 years since SIK and MJ got together for Freerange so we’re chuffed to welcome them back again for the release of the ‘Paper Cut EP’.

As you can expect when these two join forces, things get lush, jazzy, deep and chunky. The title track kicks things off in fine style with layers of strings bringing the widescreen cinematic vibe whilst a punchy square wave bassline and crisp drums ensure we don’t stray far from the dancefloor.  Next up we have ‘Hit Thinking’ which once again sees Shur-i-kan bringing his musical touch with extra live horns courtesy of Finn Peters. Something of a jazz odyssey this one! Wrapping up this lovely 3 tracker is ‘Sixth Section’ which sees Milton Jackson take the lead with his trademark bouncing synth line and shuffled groove. 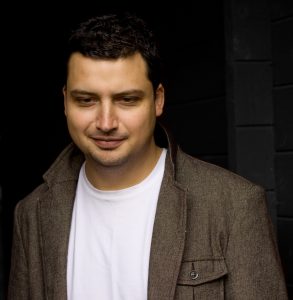 Thank you for talking to us today Milton.

Thanks for asking me.

How are things for the good people of Glasgow right now?

It’s great today, the sun is shining, and things are slowly getting back to normal with everything back to ‘level 0′ for now (fingers’ crossed)

What’s happening on the club scene at the moment? I hear the Sub Club is opening up next weekend.

Yes, the Sub Club is opening back up on Friday 27th which is great news plus many other establishments are already open – been a tough time but we are starting to see light at the end of the tunnel.

The Sub Club is pretty famous all over the world. Why do you think it is such a special place?

Well, I think you have the continuity of Harri & Domenic through so many years – 2/3 generations – this is a very unique situation, I can’t think of anywhere comparable in the world that has lasted so long with such a consistent musical thread throughout. I first went when I was about 19/20 on a Thursday night to an event called Blood (I think) which was DJ Q and I spent most of my 20s in there 🙂

I once visited Glasgow and I was bowled over by how friendly and warm the people are in that city. Is that pretty standard in the city would you say?

Yeah, I would say so (aside from some ‘slight’ football rivalries shall we say!)

So back in your early production days, Roger Sanchez picked up on you.  How did that come about? [link]

He heard the track I did on my first EP on Tronicsole – it was a very simple track that looped up Linda Clifford and I played some Rhodes chords over the top. But he had played it out a lot in Brazil and got great reactions, so he included it on a Mixmag cover CD (when such things existed!)

I then met Roger at Pacha 9 years later when I won the DJ award for deep house. I told him at the awards ceremony I wouldn’t have been there had he not included my track on that mix – it was a really cool moment, and we had a beer. He probably couldn’t even remember the mix!

You released your ‘Bionic Boy’ on Glasgow Underground. Pretty cool label! Is it still going strong?

Bionic Boy was nearly 20 years ago, and I think GU releases very different stuff these days. The stuff I’ve heard is edits of Pink and Missy Elliot, but yeah, it’s still going.

Your bio mentions that Jockey Slut labelled you ‘The most exciting thing to happen to UK House’. Must have been quite a buzz for you.

Indeed that was high praise, looking back on my early releases it wasn’t perhaps the best produced for the dancefloor, but I like to think there were some unique ideas in there hopefully.

I’m a massive Romanthony fan and his releases. He remixed your ‘Dimensional’.  What are your thoughts on this maverick producer?  Fave Romanthony track?

Obviously, it was a massive tragedy for him to pass so soon. But yes, this was another huge honour for me at the time, he turned in this really deep moody stripped back mix which was intense and really amazing. Aside from all the Romanthony classics the one I still love is Trust which is an ultimate DJ track. There’s a great Kerri dub of that as well.

You have done some highly regarded remixes for Recloose, Groove Armada, Z Records and Saints & Sonnets. How does it feel doing a remix, in comparison to producing a record? Is it the same buzz or different?

The Recloose one came about because I actually just edited it myself for playing out, then it developed into a kind of remix the more I worked on it. I put it up on Soundcloud with no grand plan and it got a buzz then Planet E picked it up. I like doing remixes from the perspective of having a look at other people’s parts and how they construct things, it’s always interesting to learn how other people work. To be honest I’ve never been into ‘tracky’ house remixes though – to me a proper remixer is someone like Dave Lee.

Dark Energy. Is the label still active? What’s going on with it now?

It’s more Tom’s thing now (Shur-i-kan) and he put out an excellent album on their recently called Points Of Focus which everyone should check out.

Have to mention ‘Your Love’ on Tsuba. Big track for me! What does this record mean to you?

Thanks! Yeah, it’s fun and bumpy is the best way to describe it. I think this was back when I had an MPC1000, and I just did it on that. I had done a few tracks for Tsuba in the same style which used a little plugin called iDrum. It’s a pretty simple sequencer sampler thing that had a certain vibe to it. I used it on loads of tracks before I updated my Mac and it stopped working!

So you and Jamie Odell go back a long way, right?

Yes, the nicest guy in house music haha 🙂 Probably back to 05/06 when I first started releasing things on Freerange. Before the days of fast internet, I remember posting demo CDs to Freerange’s address. To make them ‘stand out’ I used to put the demo CDs in those old 5 1/4” floppy disc sleeves, CDs fit perfectly in there. It’s funny looking back on it. Insanely talented guy and very hard working too. A massive influence on me.

Talk us through some of the releases you have had on Freerange Records.

Well, there was Ghosts In Machines which was pretty big and did really well at the time. I was obsessed with that 50s/60s exotica music, guys like Les Baxter and Martin Denny which seeped in to the production with samples etc. Before that was Cycles which was a bit of a crossover hit with deep and not so deep house listeners. It’s hard to remember them now, there was one called DSI which I liked and my favourite one I did which flew under the radar a bit was a track called Songs Without Words. I replayed the chords from a Bach Organ piece (BWV 721) I was quite proud of myself for managing to fit that into a house track.

You first collaborated with Tom aka Shur-i-kan back in 2006.  What brought you both together back then? Why do you think you are such good mates?

If memory serves it was via Tom Middleton, when everyone used instant messenger chat and he put us in contact with each other. I have distant memories of Tom Shur-i-kan coming up to Glasgow one weekend and us working on a few tracks. I think he had maybe heard my earlier releases on Glasgow Underground. It just went from there. I remember going to Tom’s flat round the corner from Jimmy Page which I used to think was pretty cool at the time.

You have collaborated with Tom many times right?

Yes, first one was I Want It on Freerange and we have done many remixes and EPs, I think our styles complement each other nicely.

Talk us through the new Paper Cut EP a little.

Tom was on holiday in Scotland and came by my house one day for a visit – I showed him a nice string sample which I thought would work and it developed from there. Like most of these things they always take a lot longer than you think they will! I think there’s some nice material on there and the feedback has been great so far. Hopefully we will work on another one soon.

Would you say you are a producer first and foremost more than a DJ? What are you most comfortable/ happy doing?

I think both things are vastly different – almost incomparable. Both bring their own very extreme ups and downs but it’s important to experience both as one complements the other from a professional perspective.

You have toured extensively as a DJ across the globe. How much have you missed playing out at festivals and gigs?

Have you got gigs going on now?

My plan is for 2022, once things calm down a bit with Covid. I already had a couple cancelled in 2021 with the reintroduction of various lockdowns.

You’ve had such a terrific career Milton Jackson. If you were not making music in your life, what do you think you would have done?

Good question! I would have loved to have been a writer, I have more books than records I think.

If someone wanted to get to know you a little better, is there an album that would give us an insight into you a little?

It would have to be the smooth sultry sounds of Leroy Hutson’s II album.

What’s the best bit of advice you’ve ever been given?

What do you have in the pipeline right now?

I’ve got a new 5 track solo EP coming out on Freerange in November. Plus, a solo EP for Closer To Truth in October. I’ve been working on some new material with Matt Masters as well. Myself, and Shur-i-kan are going to start on a new EP hopefully. Finally, I’ve nearly finished off a return EP for Housewax/Rawax which is very stripped back and all on the EMU 6400 Sampler with an Alesis 3630.

Whenever I’ve had a few beers, I enjoy singing along to Starship by Michael Henderson in a bad falsetto.

Thank you so much for your valuable time!