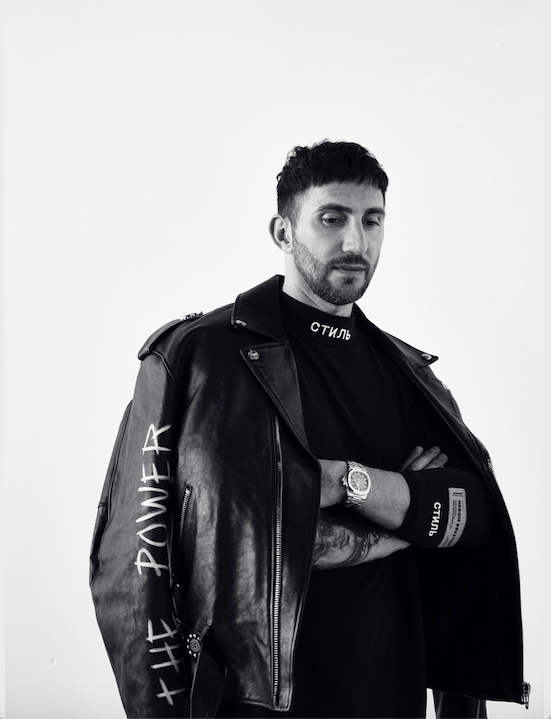 Barnsley-born DJ and producer Hot Since 82 has marked the 100th release on his Knee Deep In Sound imprint with the release of new single ‘Make Up’, out 3rd April.

A deep and dark release that immediately grabs the listener’s attention with an imposing kick drum, ‘Make Up’ is a seven-and-a-half minute journey that combines thumping techno with a melodic breakdown and seductive vocal samples.

“I love having Knee Deep In Sound as a vehicle to sign music that excites me and to also that it allows me to be in control of my own output,” Hot Since 82 enthuses. “To reach 100 releases is a real milestone and we’re indebted to all the brilliant artists whom we’ve worked with over the past 6 years. Here’s to the next 100!”

In operation since 2014, Knee Deep In Sound has overseen a slew of lauded releases from artists such as Richy Ahmed, Andrea Oliva, Martin Buttrich, Steve Bug, William Djoko, Booka Shade, Mark Broom and many more. It has also released two massively successful albums, both titled 8-track, from Christoph in 2016 and Hot Since 82 in 2019. Collectively they have amassed over 20 million streams.

The label has also hosted a number of showcases across the world, from Printworks London and the legendary Warehouse Project in Manchester to as far afield as New York, Miami and Buenos Aires. With a similarly strong aesthetic – the label’s artwork pairs brightly coloured smoke with natural backdrops – Knee Deep In Sound is one of the most recognisable electronic imprints around.

Hot Since 82’s ascent through the dance music ranks has been nothing short of incredible. Four BBC Radio 1 ‘Essential New Tunes’, two ‘Essential Mixes’, a top 10 Beatport seller of all time with his ‘Bigger Than Prince’ remix and Mixmag cover star are just a handful of accolades for this innovator, who regularly performs at some of the world’s most renowned clubs and festivals. He has released a flurry of huge singles, such as ‘Buggin’’, which has amassed just short of 5 million YouTube streams, and the era-defining ‘Like You’.

Regarded as one of the best producers in the game, ‘Make Up’ is a fitting 100th release for Knee Deep In Sound from label head Hot Since 82.