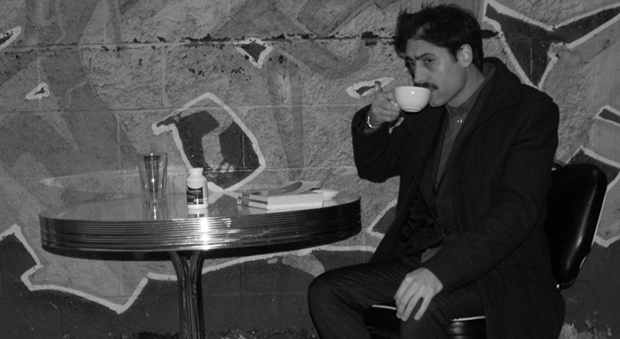 Will Eastman pensively constructs his DJ sets with a fine assortment of tracks, spanning from Disco to Techno and touching on many covert gems along the way. He’s notorious for not GAF; hence why his mixes are so fun and magical — a quality hard to come by these days. Will was named “one of D.C.’s titan DJs” by the Washington Post and the club he co-owns — U Street Music Hall — was place in America’s Top 10 Dance Clubs by Rolling Stone. A lifelong musician, Will has released his own productions on Main Course Records and his remixes have gotten love from Aeroplane and Fat Boy Slim and have been featured on NPR and BBC Radio 1. For the past 15 years, Will has also been running his own party and subsequent music blog — Blisspop — which has become D.C.’s premiere dance music authority; previous Blisspop guests include: Dusky, Maya Jane Coles, The Juan MacLean, Tiger & Woods, Maceo Plex, Catz N Dogz, Eats Everything, and Moby. It’s difficult to sum up the résumé of such a Heroic character like Will Eastman, so we’ll let the music do the talking…

Interview with Will Eastman:

Tell us about your history. At what age did music take you in? How did you get into DJing house music?
I grew up in a small town in Wisconsin and my parents were big music fans. My dad had a large record collection and I used to look at it in awe. Each record was like a portal to a different place and time: Sly Stone and 1968 San Francisco, Chic and 1977 NYC, The Temptations and 1966 Detroit, etc. At a young age, I would identify song names after hearing them just once on the radio and this amused my parents. I got into House music after becoming a DJ. I would play indie pop and synth pop songs at small parties and when I discovered House it was like the sky just opened up and the music took me to another universe.

Tell us about U Street Music Hall. How did it feel to be named a Top 10 Dance Club in America by Rolling Stone? What upcoming events are you most excited about?
U Hall is an underground music venue with no attitude, bottle service, velvet ropes or bullshit. The focus is on the music and we’ve invested a lot in the sound system and programming. To me, it’s my dream club and I feel privileged to be able to DJ there as often as I do. The Rolling Stone thing was kind of random and unexpected, and it’s a real honor. It kinda helped with my parents. They feel like it’s a real, legitimate life course for me now, you know? Hahaha. I’m really exited about Anthony Parasole, Mike Servito and Martyn coming up.

Tell us about Blisspop. How did you get that party started? Who was your most memorable guest? What Blisspop parties do you have coming up?
Bliss got started because my friends and I wanted to hear dance music in a low-key, relaxed environment, like partying in your parents’ basement. A “club” didn’t really make sense for this so I started the party at a seedy rock club that didn’t have anything going on after 10:00 on Saturdays. From there, it just kinda grew. We championed new sounds and played LCD Soundsystem records when they first came out for example, Cut Copy, Hot Chip, Erol Alkan, and on and on. All that stuff. Since there wasn’t a lot going on in the early 00’s and I posted up tracks we played at the party on the Blisspop blog, people from all over started hearing about it. The most memorable guest would have to be MSTRKRFT. They blew the place up and we became friends. I still stay in touch with JFK and he’s super supportive. This weekend, our friends Nadastrom are playing a special extended set at Bliss with U Hall’s Ken Lazee.

Describe the scene in DC in five words or less.
No attitude, just dance insanely.

What gig do you dream about?
Daft Punk at U Street Music Hall.

Name one of your all-time favorite tracks that never gets old.
Along that line, I’d say anything from Discovery. One More Time has been played to DEATH of course, but I still can’t help loving it anytime it comes on, whether in a club or a dive bar.

Tell us about your mix.
I love all forms of dance music. The scene is really segmented into silos, where people tend to go out and support DJs who play just what they’re into at that moment. I’ve been listening to music too long to get down with this. I like people who spread their wings and drop unexpected tracks and just generally don’t take themselves too seriously. At the end of the day, we’re conducting a party, not brain surgery. This mix has some acid, some piano house, indie dance, bass, techno, a couple party jams. It’s all packed into 58 minutes, but this is where I’d go over the course of a couple hours bouncing around and having fun in the club, reading the crowd and seeing where they take me as much as where I’m going to take them. Special shout out to Rafeena from U Hall who was working in the club answering emails while I recorded this yesterday.