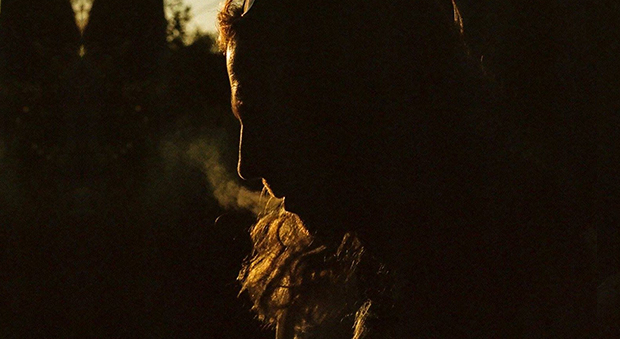 Das Sind Wir is Trev’s young project–only recently releasing the third EP–but the roster of artists he’s curated is off to an impressive start; it includes Powel, Death On The Balcony, and Pattern Drama.

Trev’s been a close friend to MI4L since the beginning so we’re happy to feature him on our platform. His mix is ethereal and groovy–just how we like it. Enjoy!

Learn more about Trev Campbell in the interview below.

How did you get mixed up in this crazy world of electronic music?
It really started while I was at university and studying abroad in Barcelona. There was more raving than there was attendance in class hah. It was after living in Australia and cruising to Creamfields Sydney with a bunch of friends from the UK that I got hooked. In 2010 I joined up with Delta Funk, a crew in San Francisco throwing undergrounds. It was 2012 when the label avenue opened. Joined the team at Smoke N’ Mirrors (which was an amazing opportunity) and focused on A&R, some label management, and event productions. 2013 saw some more movement as I joined the team at Listed Productions and started a party called Black Magic Disko with my brother Bob 5. 2016 saw the co-creation of the Das Sind Wir record label with my brother Lupe Jaques.

Who were  some of your biggest influences growing up?
Growing up I never really listened to music. It wasn’t until late high school that I got turned onto underground hip hop and psychedelic rock. Really got into dancing at that point too. Mac Dre, Too Short, Living Legends, The Doors, The Grateful Dead, & Jefferson Airplane.

Can you tell us a little about the dance music scene in San Francisco?
It’s sooooo ravey! But really though, the weekend here starts on Wednesday with Housepitality and ends on Sunday with WERD. We tend to go hard out here. The locals can all rock the dance floor proper! A few years ago, the underground scene was thriving, but with this recent tech boom all of our available spaces got snatched up by the start-ups… Parties moved to the clubs, which are booming. There have been nights where there are six or seven headliners playing around San Francisco. The more popular clubs are f8, Monarch, Mezzanine, Public Works, The Great Northern (old Mighty), Audio, The Midway, and a super dope new venue called Halcyon.  There are some solid promoters out here handling things quite well: To name a few – As You Like It, Common Ground, Direct to Earth, Mioli, Modular, Robot Ears, The Kazbah, Outpost, Pulse Generator, Sunset, The Shuffle Co-Op, and You’re Welcome. A few new labels are popping up as well, with Das Sind Wir, Manjumasi, and Left Hand Path putting out music in 2016. Ah, there is a dope record shop called Vinyl Dreams, it’s on the corner of Haight and Steiner, stop in and buy some wax!

What most do you love about San Francisco?
There is always something going on! And through all those things going on, I’ve been fortunate to befriend some beautifully weird, phenomenal energies (some may say personalities) found in the nightlife of our city. They are something special!! Hella good food is easy to find. I’d have to say, though, what I love most about San Francisco, are the insanely high number of dope ass local DJs that throw it down week after week. Shout out to Joel Conway, Mozhgan, Alvaro, Cole, and Mike Bee!!!

Can you name some of your favorite labels and producers?
Too many labels to list, really… when I sort out music for gigs I’m all over the place. As far as producers are concerned it is the same haha. Short term memory issues 😉

When not listening to electronic music, what do you vibe on?
The Grateful Dead.

What do you have planned for 2017?
We’re gearing up to get these first three EPs pressed to vinyl, as well sorting the next slate of releases for Das Sind Wir. Each EP pressed will have a vinyl-only remix from some extra special producers. I’m planning on doing a bit of travel as well. I’ve finally got some freedom to make some moves. Mexico, Peru, Chile, Colombia, the EU, India, and south East Asia are on my radar at the moment. I usually just go with the flow so we’ll see where I end up. Time to spread these wings of mine. Ah, maybe make some wine too!

Can you tell us about this mix?
I recorded this mix at the record shop I work at called Vinyl Dreams (a San Francisco staple and proper adult community center) and I’d say it’s on the deeper side of things, but also with a splash of tech. Studio mixes are always difficult for me, as I prefer to have a crowd to vibe with. Nonetheless, I’m pleased with the way it came out.

Favorite drink?
Scotch to sip on. Mezcal when raving. Wine when hanging.