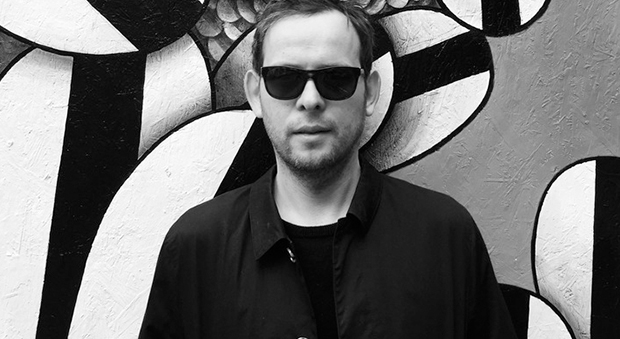 Phon.o is known for his quality techno released on such prominent labels as 50 Weapons and Bpitch Control.

We’ve been following Phon.o for awhile so it’s a pleasure to feature his tunes on our Lovecast series. Enjoy!

Learn more about Phon.o in the interview below.

How did you first get introduced to underground dance music? What is the most challenging part of becoming a touring artist?
Back in 1994 when I was 16, I went to my first rave in East Germany. It was that kind of anarchistic time after the wall had come down. People could easily occupy abandoned buildings and throw raves.

The most challenging part of touring is the travel itself. It can be exhausting and annoying with unnecessarily strict border/customs officials, on the US border, for example. It makes spontaneous gigs in those countries risky and financially very complicated. It doesn’t make sense to be so strict with an artist in a globalized world.

What has been the most exciting turning point in your career so far?
It’s hard to say because it’s progressed in small steps and all of them were important. But definitely two special moments were: the release of my album Black Boulder, and when Thom Yorke played my song Fukushima several times in his Atoms for Peace DJ-sets.

Where is your home base? If someone were visiting there for the first time, what clubs and/or parties and/or restaurants would they want to check out?
I’ve been living in Berlin since 1997. If a guest comes here for the first time, I’ll take them to some cool spots (besides Berghain) and show them the rich scene Berlin has to offer. My favorite club at the moment is OHM—a small, cool venue housed under the same complex as Tresor. I’d make a list of spots to check out the same day my guest arrived because Berlin has a lot of different things to offer each day.

What advice would you give to an aspiring producer?
1. Concentrate on the music you really love and not on whatever’s trendy at the moment.

2. Be open to a bunch of genres and don’t get lost in technical issues.

3. Don’t use a dot in your name, but still choose a unique artificial name.

4. Don’t focus on peak-time music and DJ-sets. It’s important to experience a warm-up set and all the ups-and-downs typical to a good night.

Do you have any hobbies outside of music?
For sure. I enjoy a bunch of different forms of art. I also really love to cook and just hang out with good friends.

What are some touristy things you do in your off-time while touring?
I try to visit art exhibitions as well as take part in the daily life of the people in the country where I’m staying.

Dream gig…
I love gigs in warehouses, especially with a hungry and open crowd. The size of the venue doesn’t even matter to me.

Name one of your go-to tracks…
My track Fractions.

Tell us about your mix…
I didn’t plan it, but the mix turned out pretty hard. I just did one take and enjoyed what happened. Maybe it was because I was stressed out from the previous week’s election, where I had to witness the terrible Trump victory—the whole world just gets more and more nuts.

Drink of choice…
A simple but good gin and tonic.