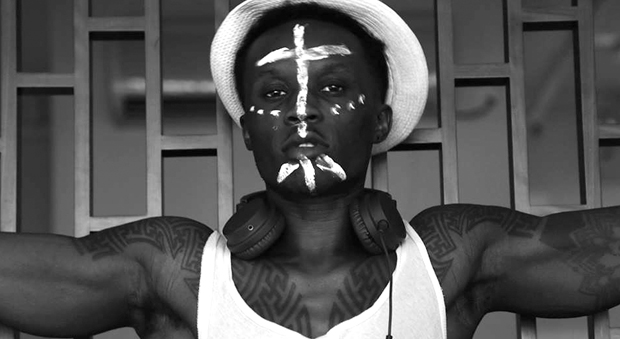 Earlier this year, on a late night out and about in Hong Kong, MI4L founder Dadon happened upon a cool cat named SURU—a local who has been spinning dance music in HK for several years.

The South London transplant has a deep and smooth style, a reflection of his many after-parties during the early days (glory days!) of East London party mecca, Shoreditch.

By day, SURU teaches Pilates; by night, he gets into it—DJing at underground parties all around Hong Kong. Amidst the launch of a new party — ‘FORTHOSEWHOKNOW’ — and other projects in the works, we caught up with this multi-talented expat to get the scoop on HK when the sun goes down and the journey that has led him there.

What does Hong Kong sound like?
So, on the surface, like most cities, HK sounds of cheese…EDM, R&B, Canto-pop and whatever else. However, when you dig a little deeper, you’ll find an adamant and diverse underground music scene that is fighting hard against the odds!

Why did you move there?
I moved to HK for work, nearly four years ago. I’ve taught Pilates for over 10 years now, an opportunity came up in HK while I was searching in London for a space to start my own studio.

Where do you find your inspiration?
I’m hugely inspired by London really. The diversity of cultures in London massively enriched my music taste. Growing up in Brixton, there was always a house or block party close-by somewhere. That led me into carnivals, festivals etc. I remember being mesmerized by the sound-systems and general euphoria created when like-minded people gather together to enjoy good music, food and drink. When at home I would listen to pirate radio stations—that influenced me to go out with my mates raving; and we did a lot in those days!

Nowadays, I’m inspired by the great tracks and melodies I discover daily—it’s an honor to be able to share this with people.

Do you come from a musical family and did you play instruments growing up?
No, my family wasn’t musical… at all. However, I was the bongo drummer at my local church. Actually, that’s the only reason I attended!

When did you start DJing?
I started DJing at home about 9 years ago when I bought a pair of CDJ’s from a friend. My apartment at the time was located amidst the bustle of Shoreditch party land. A lot of my friends were DJ’s and promoters in East London, so friends and friends of friends would pile down to my apartment for many a pre or post rave parties. The after-parties would carry on all weekend—a  lot of times through the week as well. Jamie Jones, Richy Ahmed, Hector, Anthea, Lee Foss, Shonky, Wildkats and many more all attended and played. This is how I first started mixing and DJing. However, I only stuck to house parties and BBQ’s then, I never played out at clubs until I moved to HK.

What in the world is going on in the Hong Kong dance music scene at the moment? What is it like?
Upon first arriving here, my first impression was there was no scene. It took me a good few months to find some decent underground parties; however, the music was always dark and hard techno.

Over the years I’ve been here there have arisen some decent promoters working with local DJs and also bringing in international DJs. I’m really glad to say that today you can find decent parties, great music and international acts playing week in week out here. We also get a lot of up-and-coming acts passing through the city.

There are many talented local DJs here as well. The major let down here is a lack of underground venues and police constantly shutting parties down. Alternatively, people throw junk parties (boat parties), rooftop parties, and if you’re in the know, you’ll hear of parties happening in weird and obscure places like in the woods or on a hill.

We keep seeing articles about ketamine abuse as well as the Hong Kong police department raiding drug smuggling boats. Has this crossed over into shutting down underground parties and after-hours? And has the drug actually changed the party atmosphere there?
I think that’s just the media. From my experience, I don’t see a ketamine problem here in the underground music scene. There’s more of a problem with corporate folk listening to EDM, stuffing their faces with cocaine.

Do you have any productions in the works or plans, perhaps, to tour in America? What are your hopes and dreams going forward in this journey?
I’ve recently started producing and working on new tracks, enjoying the process a lot! Watch this space for future cuts! I have a new party starting on August 15th called ‘FORTHOSEWHOKNOW’ at a new spot called Social Room. Also, a monthly residency at one of the best underground spots here called Oma. Another residency in the pipeline at a standout gintoneria called Ping Pong 129.

Future plans are to focus more on producing my own tracks. I’d also like to learn some instruments and make music more organically. Meantime, I’ll keep spinning, making mixes and giving pleasure to people that way. I’m always up for touring worldwide in case anyone would like to book me, haha!