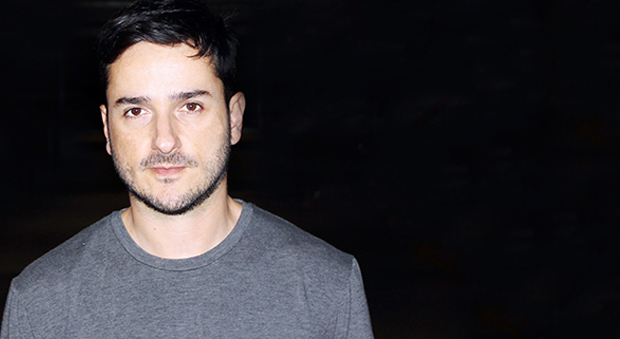 We chatted with a cool, multi-talented artist from São Paulo, Brazil who has made a name for himself. Márcio Vermelho has been at the helm of the São Paulo scene, a unique dance music community blooming in the metropolis of 30 million people.

Márcio is known for his smooth, thumping variety of low-slung house and disco that he’s been playing the past decade. His approach to styles and aesthetics truly exemplifies the freshness and multi-cultural melting pot that is the beautiful nation of Brazil. Vermelho’s work and sound are a reflection of the future-forward city, whose atmosphere and nightlife can be best described as Blade Runner in the tropics.

After hearing his episode for Beats In Space, some healthy online stalking and a chance-encounter at a disclosed location in South America, we had to have him share his journey and grooves with Music is 4 Lovers. So, without further ado, here’s a brief story about one of São Paulo’s hardest working selectors.

How long have you been DJing in São Paulo?
I started DJing professionally 14 years ago, organizing and throwing my own parties in São Paulo.

What is the dance music scene like there right now?
São Paulo is the cultural heart of the country and the dance music scene is no different. We’re living in a very special time right now with a lot of new parties popping up everywhere, from the underground to big events and all different types of sounds and styles. A few years ago promoters and DJs got turned-on to the usage of unusual locations and re-appropriation of public spaces to throw events that have lead to some of the best parties in São Paulo to date.

When did you start writing music?
My first attempts with music production began way back in 2006 when I had a partnership with my friend and audio master Luiz Pareto. I’ve been working seriously on my own productions and writing songs since 2010.

Do you think there is an element of other Brazilian music, like Samba or Bossa Nova that finds its way into your sets and productions?
Yes, especially the percussion, not only Samba, but many other rhythms. Brazilian music is shaped by a rich diversity of styles and references, with strong African influence. So there’s an endless source of inspiration.

What did you listen to growing up in Brazil?
Man, so many things! I grew up in the 80s and always enjoyed listening to the radio. Once I gained musical independence I always preferred dance music, my ears drifting towards funk, old school hip-hop, rock and pop.

Were you raised in a musical family?
Luckily yes. My parents have always loved music. I grew up surrounded by records and cassette tapes. They always encouraged me to study music. My parents and relatives always liked to throw parties and were experts in organizing events at home that were always flowing with great music.

Aside from DJing, you do visual art as well, could you tell us a little about it?
I started experimenting with video recently. After awhile I decided to create Video-Sistema, where I gather experiments with glitch art, video synthesis, VHS and lo-fi aesthetics, including visual music and other audiovisual possibilities. It has been stimulating to merge images and sound together in an abstract and experimental way. I’m also part of Vintessete, a duo with the artist Astronauta Mecanico, where we create and perform audiovisual pieces live. This year we traveled to ‘Bienal de La Habana,’ in Cuba, for two live performances.

Who is putting out cool music right now in Brazil that you’ve been listening to?
The list is long, so I’ll mention two names that always please me with musical diversity, taste and technique: Hubert from São Paulo and Carrot Green from Rio de Janeiro.

As an artist, where do you draw inspiration?
From everywhere, all kinds of experiences and relationships, especially from the madness of living in a chaotic city like São Paulo.

Are you working on any new projects we should keep a lookout for and where are you headed?
Currently I’m organizing a party called ODD and we have big plans for the coming months. In a few weeks German label “The Magic Movement” will release the first 12″ of Sphynx, my project with producer Pedro Zopelar, who is one of the best in Brazil. There are a lot of Balearic-funk sounds on the record. As for Video-Sistema, there are some new videos currently being finalized and I’m also doing a video installation for the multimedia festival LAÇO.