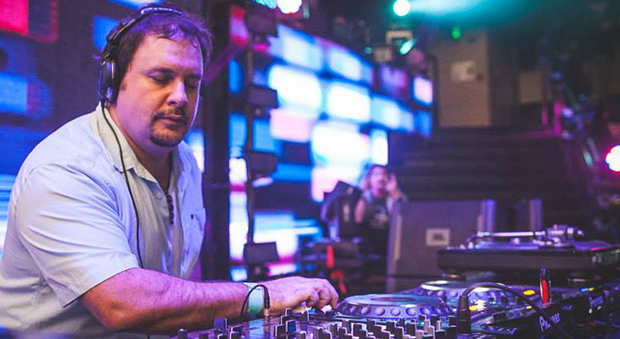 A genuine staple in LA, Freddy Be has been delivering great music and first-rate events on the west coast since the early 90’s. From the legendary Monday Social parties, which celebrates its 20th year as North America’s longest running weekly house music event, to his awe-inspiring Earthdance Festivals (’97-03), his tireless efforts have been instrumental in defining the progress of Southern California’s dance music culture. Freddy Be is a cornerstone for the global dance scene and continues to pioneer through the ever-evolving architecture of dance music.

As a DJ and purveyor of underground dance music, Freddy Be continues to leave his indelible impression on dance floor enthusiasts by keeping an ear and pulse on the underground sound that lurks just beneath the mainstream consciousness. As dance music genres continue to expand and corporate festival promoters move away from the unadulterated and undeniable sound that is house music, Freddy has been a beacon in guiding newcomers while maintaining a vibrant following of loyal dance goers and true believers.

Keeping an exceptionally pure sound on the dance floor, Freddy Be energizes crowds with his deep sexy hybrid style, infusing a tech-house vibe with dark funky beats, rich melodies and psychedelic undertones. With more than two decades of experience behind the decks, his inspiration comes from an era of disc jockeys that pioneered the intricately layered, smooth beat-mixing style that has become a lost art in today’s dance music scene.

His exceptional track selection and expertly paced sets have allowed him to land residencies at Exchange LA, Audio SF, and Sound Nightclub as well as tour across the nation to perform in other cities and at major festivals including Coachella, Desert Hearts, BPM, and Minus Zero. No matter which dance music heavyweights he is sharing the stage with (Hot Since 82, Green Velvet, Sasha, Danny Tenaglia, Dubfire), Freddy’s sets stand on their own with a fresh approach and stylistic identity.

In addition to DJing, Freddy has also put in lots of studio time, collaborating with various producers including Trent Cantrelle, Davi, and most recently Freaky Chakra. His hypnotic tech-house productions have already been playlisted by Carl Cox, Hernan Cattaneo, James Zabiela, Danny Howells, Sander Kleinenberg, Quivver and John Digweed on his massively popular ‘Transitions’ radio show. 2016 will be another strong year with the release of his track ‘Holding Back’ (including remixes by Funkagenda, Trent Cantrelle and Jody Wisternoff) on Darin Epsilon’s influential label Perspectives Digital.

A true master technician, Freddy Be’s unwavering passion not to conform to stereotypes has kept the lost art of the DJ very much alive, always leaving dance goers begging for more. With the lure of today’s celebrity global DJ and the ever changing landscape of dance music, Freddy is a tour de force to be reckoned with, making him one of the most viable and relevant DJ’s within the club culture.

Interview with Freddy Be

Thanks for taking the time to chat with us.
No problem. Thanks for giving me the opportunity to do this month’s edition of “Hometown Heroes”. I’ve always been a big fan of MI4L so the pleasure is mine!

How did you get into DJing and house music? Was there a specific moment of inspiration or was it more of a gradual process?
I collected records for many years before learning how to mix.. Officially, I started DJ’ing in ’94 (as the Bud Brothers) with long-time colleague, friend, and dj partner Mick Cole. We had a lot in common, as we were both raised in the UK and into the same music. When I first met Mick (interning at a record label), we were both a couple of young ravers and avid vinyl junkies, going out every weekend to infamous underground parties like “Flammable Liquid” where we would listen, religiously, to djs like Doc Martin, who was definitely one of the biggest influences on me when it comes to house music.

At that time, all the music you would hear in clubs was released exclusively on vinyl, so every Thursday, when the 12” imports would arrive at the local record shops, I would make the pilgrimage down to Prime Cuts, a vinyl specialist on Santa Monica Blvd where Doc was working and bug him to cherry pick some of the stand-out records that had inspired us on the dance floor that previous weekend.

Ironically, I didn’t even own a record player at that point but through the process of absorbing house music on the weekends and collecting dance records, my library grew quickly and ultimately led to learning how to mix vinyl. All of this was happening in Mick’s garage right before we started Bud Brothers, which incidentally was just a name we came up with because it sounded way cooler then Fred & Mick :)))