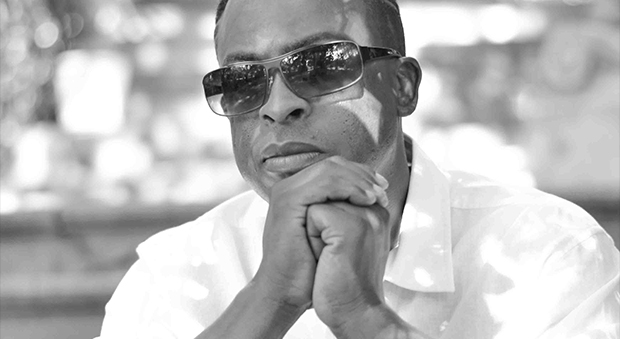 When we think of “The Bay,” as it pertains to House music, our minds gravitate towards San Francisco, as most of us consumed by the genre naturally would; but like many nooks and crannies in the world, there lies a niche scene across the Bay Bridge… in Oakland. Veteran musician and dance floor controller Don Crisp has been on the grind in Oakland for a solid two decades; rehearsing his craft of mixing vinyl records, promoting parties and operating his own label Crisp Recordings with confidant DJ Rasoul. Don Crisp’s musical background spans over 30 years: from playing upright bass, clarinet, and drums as an adolescent; to pursuing a music degree at the University of Memphis; to playing keys and touring with a slew of Jamaican reggae artists; to now House music DJ, producer, and label owner in Oakland, California. Living a life of music and enduring the long defeat of doing what you love is an Heroic act in our book — for Don Crisp it’s just another day on the grind.

How did you get into house music and djing?
As a kid, I used to enjoy lining up my favorite tracks from the radio on cassettes using the pause and record button. I also was an avid record collector from the time I was around 7 or 8. In the early 90s I started buying house and techno records and trying to find the sound that best suited my personality, which to this day is constantly evolving on a weekly basis.

What’s the scene like in Oakland? How is it different than San Francisco?
Oakland is starting to show signs of catering to many styles and variations more than it had been as of late. There is a major underground scene going on as a result of San Francisco’s problem with housing and insane rent increases. San Francisco has got plenty of wonderful choices of top djs local and visiting constantly so there is no lack of inspiration in either city really.

Do you have any residencies?
I do not currently have any residencies.  My label partner and I just decided to start a party called BEATDOWN with the first one happening on a Sunday afternoon (June 7th) at the New Parish in Oakland.  We are planning on making this a monthly party.  My personal focus has been to make qualities tracks and increase our release output on CRISP RECORDINGS as well as have our tracks released on other labels.

Tell us about Crisp Recordings. What’s on the horizon?
CRISP has been seriously busy making new music as of late.  CRISP was started by legendary US  Dj Ra-Soul and myself back in 2012.  We are super excited about the new things we have been creating! We are making tracks that fall under the deep house genre using our names but we are also making more tech driven minimal tracks under the moniker Black In Time.

What is you go-to track at the moment?
Wow! That is a hard question! Well…. If I hafta pick something that stands out for me at this very moment it would be any of the tracks off of a release done by K15 called the Insecurities EP on WILD OATS.

What is your dream gig… collaboration… place to visit?
I have never been to Japan, Thailand, or Croatia. I also hear domestically that San Diego has a good scene going on too! There are a few folks in Detroit I would like to collaborate with. My dream gig would be to play at Sunwaves in Croatia!

Tell us about your mix…
This mix is a pretty good idea of my feelings emotions and mindset as of late. I recorded it at like 8:30 in the morning, which is a really good creative time for me. Its super percussive and I really enjoyed putting it together for you guys.

Drink of choice…
My favorite drink besides water right now is pomegranate juice!