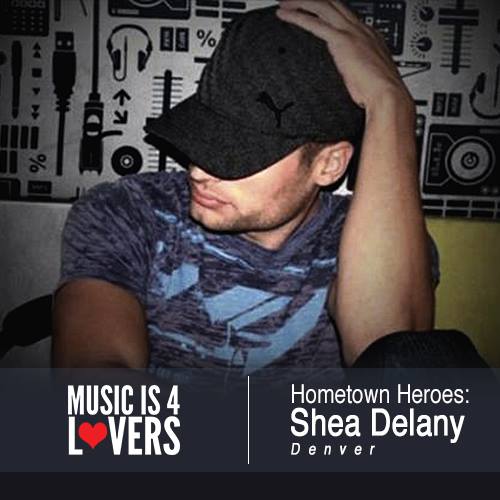 This edition of Hometown Heroes drops us in Denver, Colorado where we’re taking a musical tour of the town with revered resident Shea Delany. Home of Beatport, the world’s leading digital dance music distributor, Mile High City’s burgeoning scene is truly beginning to bustle, and he is one of its brightest stars.

Over the years, Shea has held residencies at The Church, Vinyl, Funky Buddha and 2am (AKA the SOCO family of clubs), but these days he’s primarily holding it down at the world-famous Beta Nightclub, voted the #1 Nightclub in North America by Rolling Stone last year. Alongside CNR, he co-owns and launched two imprints in 2013, Pet Project Recordings and Friction Free, both of which have seen early success on the charts. His own productions have been released on Natural Rhythm, Baroque and Fever Sound, to name just a few.

This is all the culmination of years of playing instruments, as he took an interest in guitar and percussion at the tender age of six, and discovered dance music in his teens. These days he can be found behind the decks weaving thoughtful sets together with intriguing twists and turns, or in the studio making catchy and melodic music of his own. It is our delight to introduce you to Shea Delany, one of Denver’s finest!