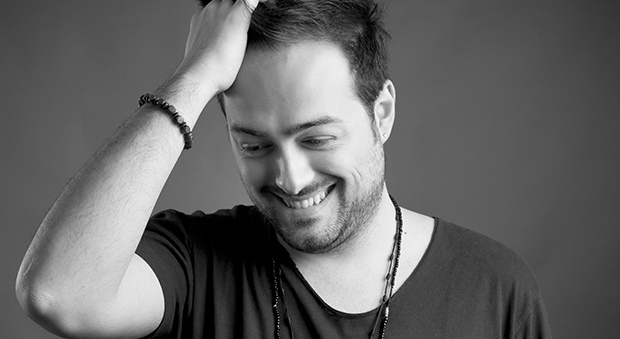 DJ, producer, and radio show host, Barbur, comes to us out of Europe’s Mecca of dance music, Berlin.

Italy-born, and Berlin-based, Marco Barbiero started up his radio show, Barbur Room, a mere two years ago. This gave him the outlet to develop and maintain relationships with numerous DJs and producers around the world just like himself. The widespread success of Barbur Room reached us here in sunny Los Angeles, California.

Marco’s talent goes beyond just hosting podcasts, he has produced original music and remixes for many quaint labels around Europe; including German labels Kostbar Musik and Eisenwaren, Cat For Lunch and Slowpitch out of Italy, and French label Pumpz Music.

Barbur is a Hero in our book! Enjoy his 77-minute techno mix and read more about Barbur in the interview below.

How did you get into dance music and DJing? Do you remember a specific moment of inspiration or was it an evolution?
I approached to the dance music little more than a child. I was 12 years old. I watched and took example from my older cousin who was a DJ in the 90s. And so I have begun to be a DJ in the middle of the 90s, playing my favorite music in my little room, then at some small parties and clubs in my hometown in Italy.

How does your radio show Barbur Room help your career progress?
Barbur Room is very important for me, especially for the relationships with so many DJs and producers around the world. Sure, it was important to have started this project in Berlin, especially in the beginning. It was essential for the reputation of the program. Today everything is easier and faster, after two years of work. And this also helps my image like artist, DJ and producer, absolutely.

What’s the scene like in Berlin? How is it unique compared to the rest of the world?
Berlin is THE real city of music at the moment. I think few places in the rest of the world could have such an important role in the world of music like Berlin. Maybe just the movement that there is in Ibiza is somewhat comparable, even if it’s radically different. The music is everywhere in Berlin. There are so many clubs, record labels, booking agencies, DJs and producers, as nowhere else. Berlin is like no other around the world!

Name a couple core values you hold as a DJ?
Sure good taste & music research and know how to “read the dance floor.”

Which way do you lean towards — 115 or 125? What’s one of your favorite jams you’re playing out at the moment?
I prefer 125, but also slow music is nice for me. More important is the mood of the track, to sound good, and also what music can give to the people that listen to it. At the moment I’m in love with Techno sound, great drum kit and cool bass line.

What gig do you dream about?
One of my biggest dreams is to play in Ibiza and, of course, in some festivals like Time Warp in Germany, Kappa Future Festival in Italy, Tomorrowland in Belgium or even Ultra in Miami. It would be awesome to realize at least one. One of my main goals at the moment is a gig at Watergate in Berlin, one of my favorite clubs. I hope to play soon there.

What cool things do you have planned for 2016?
I just finished my first album and I have a couple of EP’s waiting to get out. I hope to announce something soon.

Tell us about your mix…
I wanted to start a little bit softer and slower, with a deep minimal sound, and then climb to more percussive techno, perfect for rock the dance floor.