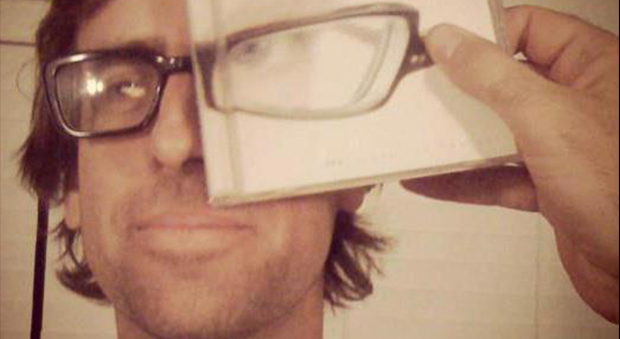 An enigmatic Hero looms in California–vigorously laying down wax for the people. This altruistic character goes by the name of Alex Villalobos and he is an unsung champion in Cali’s flourishing dance party ethos. Any resident scenester in San Diego and Los Angeles has most certainly seen Alex’s name and/or experienced one of his amazing vinyl sets.

Alex sticks to an all-vinyl regimen (a rarity in these highly technological times) because his number one love is music. He does it for himself; the gigs he gets, the hype he receives, are only by-products of doing what he loves and focusing on that craft. A difficult task for some in this ego-driven industry.

The pure personification of a life-long Southern California surfer (tall, tan, fit, dirty blond hair) Alex’s demeanor is pleasant and his spirit connected to a higher way of being. Feeling the power of nature on a daily basis will do that to you. His story is great and his music even better! We’re proud to add Alex Villalobos to our Hometown Heroes roster.

How’d you get into DJing? Was there a defining moment you realized you wanted to pursue the craft? Or was it an evolution?
I think it was definitely an evolution. Like most kids of the 70’s & 80’s I use to make lots of mix tapes off the radio with the pause/ record technique. I remember running out of tapes and stealing my grandmas Julio Iglesias tape and recording over it! After seeing my friend Lance’s set up, I thought how much more fun it would be to make tapes with two turntables. At the time I couldn’t justify buying them as I already spent most of my teenage job money on surfboards/ skateboards… So it just stayed a fantasy until I met my future wife, Anna. When I met her we were roommates and she had decks in her room. She would let me use em and even gave me a quick tutorial on what to do cause I knew nothing! After that it was game on and I’ve been a vinyl addict ever since!

What are the Top 3 Advantages of vinyl over any other medium? If the amount of money you spent on vinyl a year were an animal, what animal would it be?
I don’t think there’s any advantages, they are expensive, heavy, and take over the house. In saying that I wouldn’t trade it for anything! I just prefer playing records. I love how they feel, smell. love the whole concept of how sound comes from a piece of wax.  I like how you really have to be selective when buying music cause your spending 10-15$ on one EP . If you end up with something you don’t like you can re-sell it and make some money back… Sometimes actually make money! I guess thats an advantage right? You can’t re-sell your unwanted MP3 files!

So for the second question,  probably a blue whale!

What’s the scene like in San Diego? Do you have any residencies currently? What about previous residencies? Have you experienced any “life-changing” moments playing in your hometown?
The scene in San Diego is really healthy right now. All kinds of parties going on all the time. It wasn’t like this a few years ago.  There’s been a huge influx of young energy making it happen. Parties like Lovelife and the Desert Hearts crew kinda put SD on the map again. The one problem with SD is a lack of venues that go all night. Other than that I think it’s on the up & up.

I’ve had a couple of residencies, most recently for the legendary ABSURD parties. All those parties were pretty much dream gigs for me. My good friend Oliver who does absurd has been concentrating on his two labels: ACID TEST & AVE 66 (chk em out!) and has put the party on the back burner for a while. I also consider Euro Bar in Ensenada as one of my residencies as well. Alonso & crew down there are like family and it always a good time playing and hanging in Ensenada.

What exciting news is on the horizon for you?
To be honest I don’t have anything coming up at the moment. I’ve been super busy at work so it’s actually been  nice to have some free weekends. Wow that sounds super boring! Other than that,  I’m really Looking forward to the Lovelife party with John Tejada coming up.

What super power would make you more Heroic?
Not to sound cliche but if I could fly that would be awesome. It would be cool to avoid airplanes. The older I get the more I dislike flying in airplanes. It would be rad to just fly your self Anywhere you wanted. Kinda like a vampire.

Dream gig…
Anywhere that all the gear and sound works perfect with an up for it crowd + all my friends both dancing and playing records with me.

What’s one track that really does it for you these days?
Tough question! There’s a track called ‘Pinto’ by Antenna Happy that’s super nice… Good vibes all around. I can listen to it over and over.

Tell us about your mix.
Just some house & techno records from my bag at the moment. There’s some new & old tunes all mixed together on 2 technics 1200 turntables and a dodgy little Xone mixer.