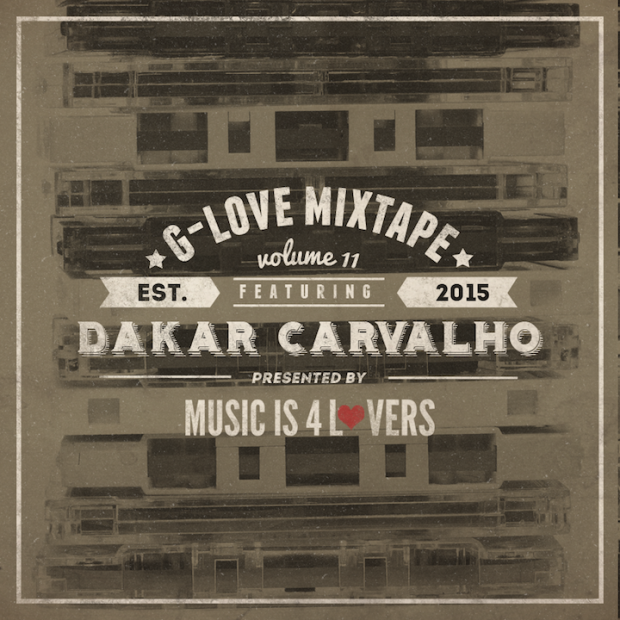 Brazilian tech house producer Dakar Carvalho has been a stamp on the underground music scene; not only has he signed original tracks to Gruuv, LouLou Records, Lapsus, and Dirtybird, he also runs two labels of his own: Discotech Music and Clap7.

We’re keeping the high energy vibes going on the G-Love Mixtape series with this 60 minute mix from Dakar Carvalho.

Who inspires you?
Marco Carola, Luciano, Jamie Jones, Hot Since 82, Steve Lawler and more…that would fill this list..  these guys influenced me a lot. I love their creativity.

What is the hottest track in your arsenal?
This being my new release Material Series

”Dakar Carvalho – Spooks”  I am including top 100 tech house with her.

Where do you dream about playing?
It’s difficult to choose only one place. There are a lot of great venues and festivals all over the world. I really like the Viva Musica Steve Lawler, Paradise, BPM festival and many others.

When is your next release dropping?
I’m working on a new EP for Gruuv, Released on Dirtybird, Lapsus, in addition to new songs for Material Series, I like a lot …

Why you so G?
All love the art of music.

How do you make all them hot tracks?!
Most tracks I producer start out of  jam sessions. Usually I record long analog tracks and modify the sounds, then take the long recorded tracks and arrange it to a song.