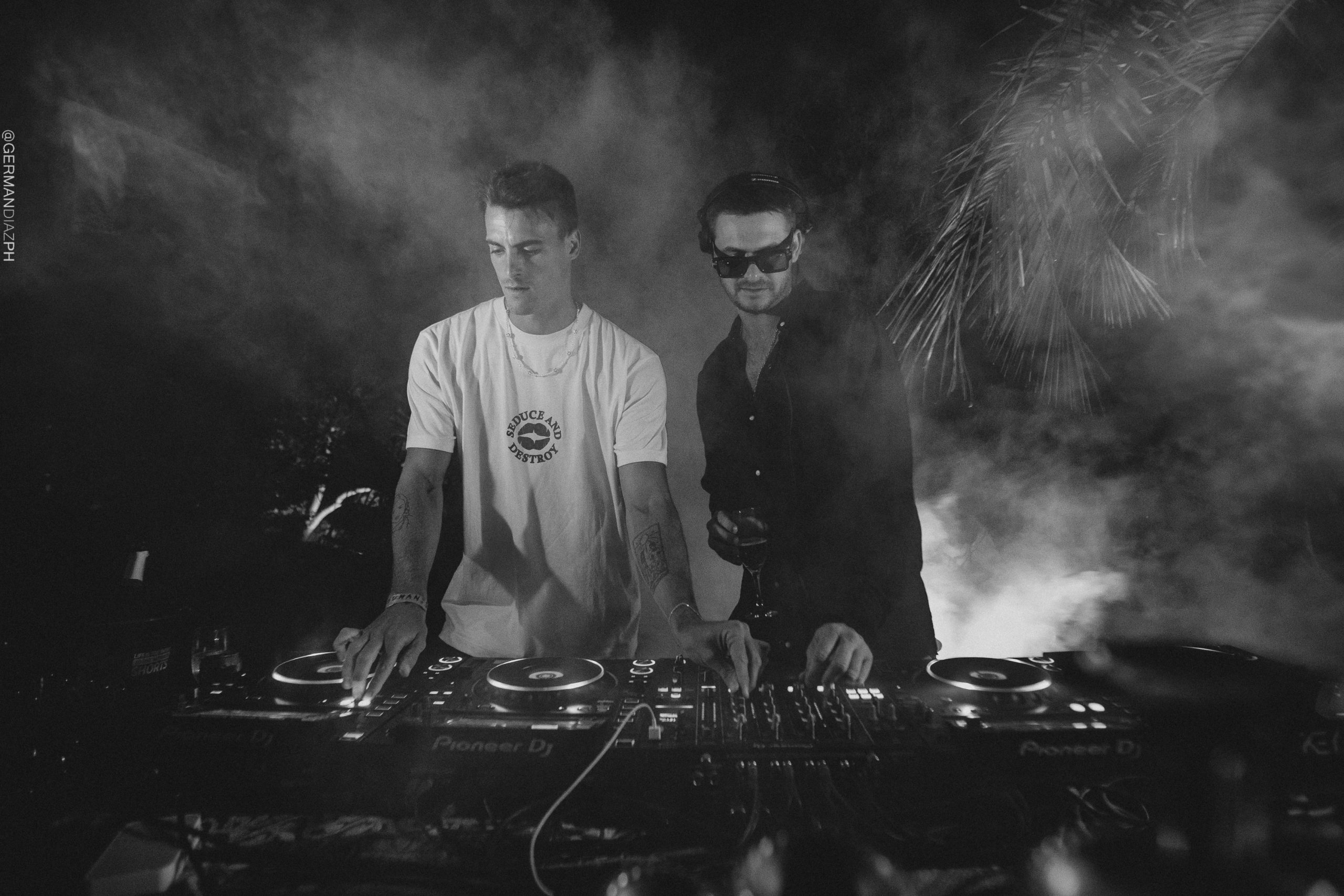 Contributing WriterOctober 5, 2022
INTERVIEWS0 Comments 1
Radiating deep grooves and mesmerising soundscapes, NonCitizens are the Argentinean duo that have captivated audiences around the globe with their passionate performances and productions over the last few years. Lifelong friends Francisco Rota and Mateo Moreno embarked on their musical journey in early 2015. Securing sought-after residencies at Void Mykonos, Rumors Ibiza and Tox By Night at Destino Ibiza they have shared the decks with the industry’s most influential acts, including Guy Gerber, Sven Väth, Dubfire, Cassy, Bedouin, DJ Tennis and Damian Lazarus. Enchanting crowds from week to week, NonCitizens have became a household name on the international dance circuit and continue to impress with their hypnotic releases on the likes of MoBlack Records, RADIANT and Deep Tech Records.
Hey guys, welcome to Music Is 4 Lovers – where are we speaking to you from today?

Hey, first of all many thanks for having us! Actually we are based in Barcelona, since 3 years already. Before that we were living in Ibiza, but we moved just before the pandemic.

For those that aren’t familiar with you, can you tell us a little bit about your background and how you came to form NonCitizens?

We’re an Argentinean duo, and we used to live in the same neighborhood in Buenos Aires. We’ve been friends since the age of 5, as our parents are also friends.

We were always passionate about music, at high school we were in the same band, Teo on the trombone, Pancho on the drums at the beginning, and later on the Saxophone.

After high school we were both decided to continue with the music career, so we started DJing, but not together. Meanwhile we both started studying some boring stuff at university, which we both couldn’t finish. At the same time we where studying music production, but not full time.

What has been your biggest moment in your career thus far?

We had 2 great moments in our career, one was for sure before covid, with our 2 residencies: Rumors Ibiza curated by Guy Gerber + our Thursdays residency at Void Mykonos, as well as touring around the globe. As we were touring we didn’t have time enough to be at the studio, doing music, while in covid and nowadays, it’s our main focus. That’s why we feel now it’s a great moment for us, as we have more than 8 tracks coming on the biggest labels in Afro House.

How do you stay inspired when producing new tracks?

We think that’s very important not to rush on the creation of our tracks, but let it flow and explore.Sometimes we have complete a track in less than 1 day, and sometimes we spend weeks and weeks stuck on the same one. Then, if you’re stuck and it’s not what you expected, we just start with new tracks, and leave the other one on the freezer for a while, or forever…

Nowadays we’re colaborating with some producers & friends, so we think it’s very important to share thoughts and to mix different styles of music. Also we do take some breaks during the day, to let our brains rest a little bit!

We work hybrid, part of the time we are in the studio together, and the other part remotely.

What do you have coming up for the rest of the year?

We have a South American tour, including Argentina, Punta del Este, Chile & Brazil.
We’re very exited to play in Buenos Aires, with our people! It is a crazy crowd over there.

What is your favourite track of the moment?

Definitely our track ‘Lost trumpet in Space’. It was supported by great artists, and big DJs playing it in different sets around the world. It has made a great impact and was supported by Pete tong on the BBC Radio 1. It was also included on Vinyl, on Moblack Gold Vol. 3 this year.

Where are some places you haven’t yet played that you hope to soon?

Berlin is definitely a place we would love to play! Hopefully we can do some day soon.

Best advice you ever received?

Music it’s a long path. Never give up. Keep pushing.

We both think that it’s very important to spend plenty of time in the studio, and be dedicated to your craft.