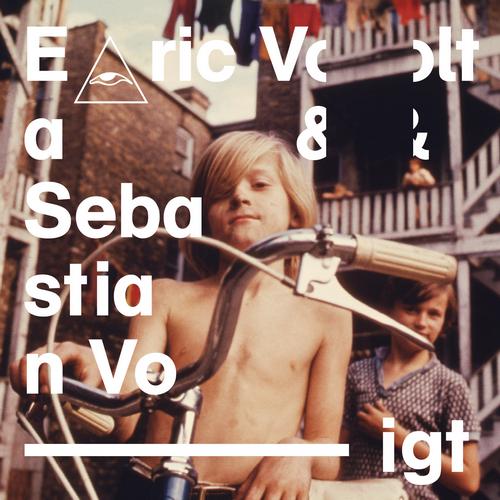 Berlins new hottest residents Eric Volta & Sebastian Voigt team up once again, this time bringing their infectiously deep and dark edge onto the Visionquest imprint. With intoxicating dreamy synths, title track Words And Chance opens up into real groover with the seductively haunting lyrics from rising artist Forrest adding a new dimension. On the flip one quarter of the Visionquest power force Lee Curtiss takes the reins to deliver a chugging dancefloor ready remix with effective play on the vocal. Eric Volta then goes solo with One Last More? riding out through rolling percussion with beautiful textures.

Having both spent time in London Eric Volta & Sebastian Voigt have a shared connection to the infamous Lo*kee Sunday parties, with Sebastian being a co-founder and Eric a resident from 2011. The pair also released the hugely successful 42 Weeks on My Favourite Robot. Really making his way, Eric made his debut on Claude Von Strokes Dirtybird Records and has since released and remixed on labels such as My Favorite Robot, Ellum Audio, Nurvous Records and Exploited Records. DJing from the age of 15, Sebastian is now a regular at the likes of fabric, Space in Ibiza and many clubs in his hometown Berlin, such as Tresor, Katerholzig and Weekend Club.Up and coming Forrest, co-founder of Amadeus Records, is one to keep an eye on. Having recently had his first vinyl release on Play It Down, he also has an album on the way on Louie Frescos Mexa Records. First class DJ, producer and live artist, Lee Curtiss has been busy playing all over the world both solo and alongside his Visionquest boys. Catch them this year on their Visionquest Thirteen tour playing 13 special dates at 13 amazing venues. Its definitely a show not to miss!