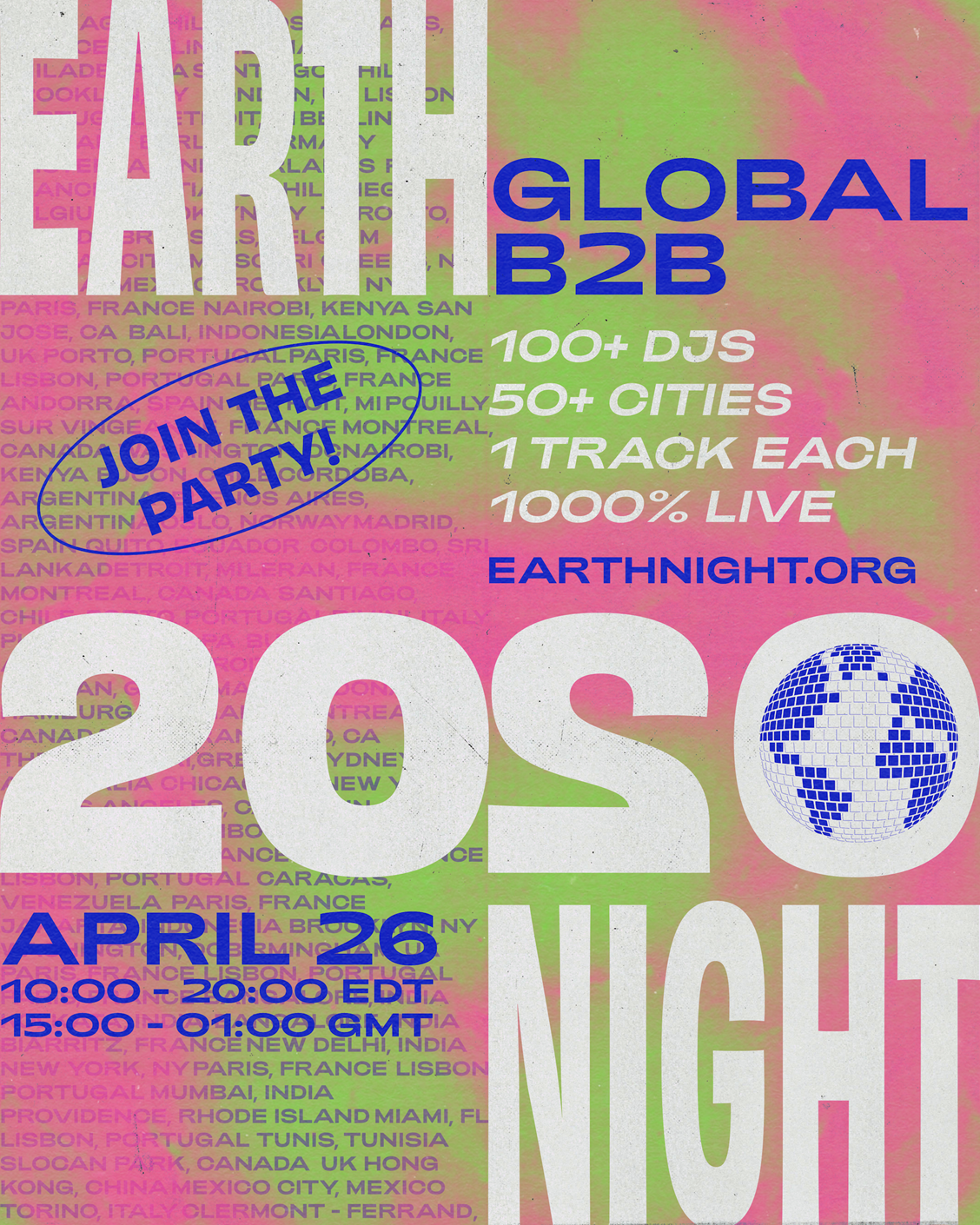 This year, Earth Day celebrates its 50th anniversary with the theme “Climate Action” and will take place Wednesday, April 22, 2020. A growing global concern, climate change represents one of the biggest and most controversial challenges of the future of humanity.

With global nightlife currently shut down, DJs For Climate Action, a coalition of DJs and musicians who use their craft and cultural influence to raise awareness and provoke response to the global challenge of climate change, are pushing their worldwide Earth Night initiative 100% online.

DJs For Climate Action originally started when a group of DJ colleagues felt compelled to take responsibility for a negative aspect of their profession (pollutant emissions from excessive airplane travel) and has now grown into partnerships with advocacy groups, coordination of events and social mobilization.

The annual Earth Night event is a global call for action on climate change that harnesses the influence of Dance Music and DJ Culture to power climate solutions and generate action.

Earlier this month, Eli Soul Clap – DJ, producer, label owner, activist, and team member behind DJs For Climate Action, shared with Music is 4 Lovers that, “This year we’re going to move the Earth Night initiative online. The team at DJs For Climate Action feel it’s as important as ever to spread the word about climate change and sustainability, so we’re going to push ahead with our biggest Earth Night yet. Before the virus we had over 50 in-person events scheduled, so now we’re aiming for 100+ livestreams the week of Earth Day… At first I was feeling pretty unsatisfied with streaming, but we’ve been finding ways to build community and interact with video so it’s more connected. We’d love to collaborate or have guests on there. Either playing music or just chatting and telling jokes…”

This year marks the 3rd annual celebration of Earth Night and will take place April 24th – 26th during the week of Earth Day. On April 26th, in an act of unity with each other and the planet, Earth Night coordinators plan to live stream the world’s largest ever online B2B DJ set. This musical mass action will link over 100 selectors across the globe into a sonic statement about planetary solidarity in the face of both COVID-19 and the climate crisis.

If you’d like to join Music is 4 Lovers alongside DJs For Climate Action for Earth Night visit: