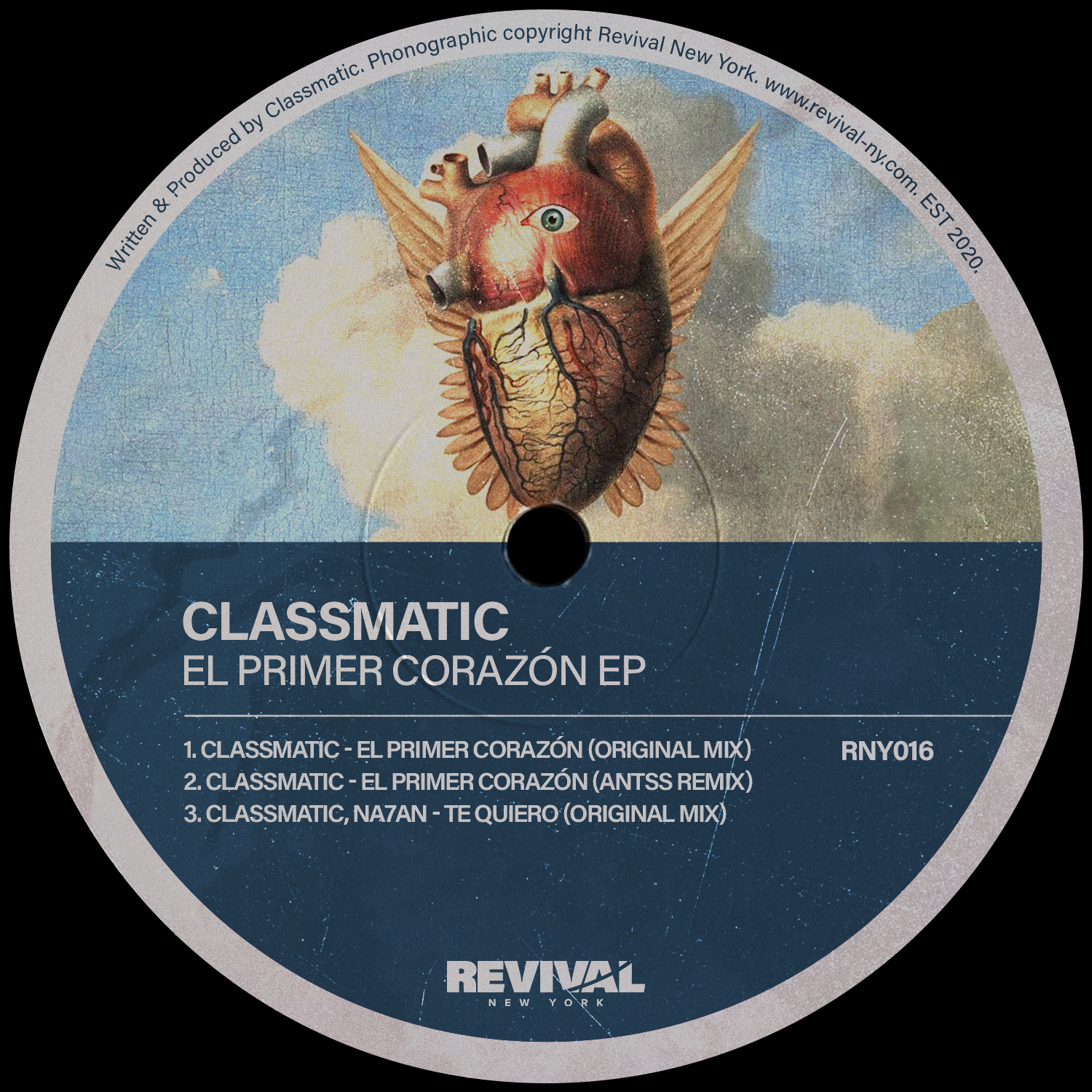 Dropping heat in 2021 via Hottrax, Deeperfect and Rawthentic, DJ and producer Classmatic had a huge twelve months with the Brazilian talent building on material via Solid Grooves Raw and CUFF to announce himself on the international stage. Picking up where he left off, late-January sees a debut appearance on Revival New York with ‘El Primer Corazón’, a track already in rotation for the likes of The Martinez Brothers, Jamie Jones, Michael Bibi, Richy Ahmed, Solardo and more – backed by emerging UK talent Antss on remix duties.

A captivating cut armed with shuffling, rolling percussion, snaking bass and infectious Latin vocals at its core, ‘El Primer Corazón’ showcases the Brazilian at his best as he readies a club killer set to make a serious impact in the coming months. Next, Antss marks his Revival return in style as he builds on the original with warped sub-bass, flickering drum licks and off-kilter synths, before Classmatic partners with NA7AN to drop guitar-laden, groove- heavy closer ‘Te Quiero’ to shape up proceedings. 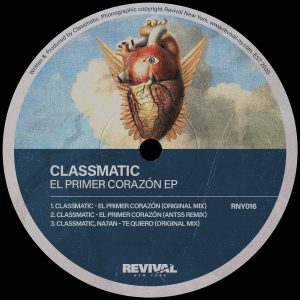